Nick’s Note: The pension crisis is one of the most important issues facing Palm Beach Daily readers. But you hear little about it in the mainstream press. There’s a good chance your pension plan could be severely underfunded, which means it could cut your payouts in later years.

Today, Palm Beach Letter editor Teeka Tiwari explains why this is such a big issue, and more importantly, steps you can take to start protecting yourself today.

It was the letter Jerry Deaton had been fearing.

Deaton, a 69-year-old retired truck driver, was waiting for his pension check from Teamsters’ Central States Pension Fund. It has 400,000 participants in 37 states.

The news was devastating. Deaton stared at the letter stating his pension would be cut in half.

Said Deaton, “It doesn’t leave you with much options. I’ll be 70 in December. Who’s going to hire a 70-year-old truck driver?”

Deaton’s story is a microcosm of America’s impending pension crisis.

While the mainstream media focuses on the looming insolvency of Social Security and Medicare, the pension system is quietly on the verge of collapse.

According to Moody’s, federal, state, and local employee pension plans have a combined $7 trillion in unfunded liabilities.

In a moment, I’ll share three steps you should take to check the status of your pension plan. But first, I want to tell you what’s causing this crisis…

The failure of plans like the Central States Pension Fund is exposing a dirty little secret about the industry.

Pension plans use something called a “discount rate” to determine their present value. In other words, they discount their liabilities by the expected return on their assets.

And that’s the crisis that pension participants are facing today.

The Central States Pension Fund, like most pensions, uses an optimistic expected return of 7.5%. Thirty years ago, a 7.5% return would be a realistic assumption… but that’s not the case today with interest rates at historic lows.

Another problem pension plans face is an aging population.

In 1980, the Central States Pension Fund had one retiree for every four active fund members. By 2014, the ratio was reversed… with four retirees for every active member.

Today, for every $1 the fund brings in… $3.46 goes out. At its current rate, experts estimate the fund will be bankrupt within 10 years.

Pension funds in America are severely underfunded. And it’s only going to get worse as interest rates stay persistently low and the population ages.

Time Is Running Out

Unlike the past, you might not be able to count on your pension to secure your golden years.

But there are a few steps you can take today to begin protecting yourself:

P.S. My colleague, Tom Dyson, has just written a new book that your banker is praying you’ll never read…

It’s called The 702(j) Retirement Plan: How to Fund Your Own Worry-Free, 100% Tax-Free Retirement. And it details the findings from a 12-month investigation into former President Ronald Reagan’s secret alternative “retirement income plan”—a strategy that’s unconnected to the government yet may pay you almost two times more than Social Security. But unlike Social Security, it will never run out of money…

This book is not available on Amazon. You can’t buy it on eBay. And you’ll never see it in bookstores. However, Tom has agreed to send a free preview copy to anyone with a U.S. mailing address who would like to read it.

Thanks to a predictable act of government meddling, there are four “profit windows” that open at certain times each year. When these windows open, you have the chance to make very large (and fast) gains.

In the past year, master trader Jeff Clark tested this strategy on 35 trades using his own money—and his success rate was 90.2%.

Jeff says it’s the biggest breakthrough he’s made in his entire career. Tomorrow, he’ll open up early-bird registration for his upcoming presentation on this strategy. Click here to see how this strategy works… 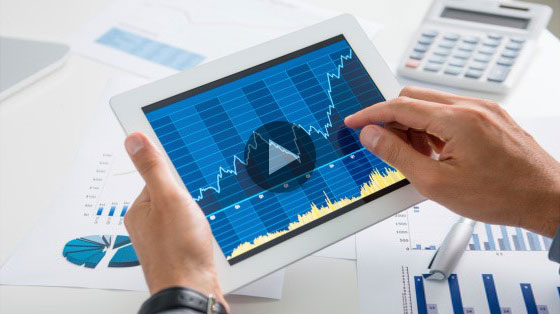