Nick’s Note: As regular readers know, we’re no fans of politics. But we do like to follow policies to money-making opportunities. And that’s what the trade war is presenting us with now…

That’s why today, we turn to PBRG friend and commodities expert David Forest, who says the ongoing trade war will lead to a commodities boom for the ages. Dave is a geologist who’s done everything in the mining business—from working in the field to running the show as a mining executive. So when he spots a trend, it’s a good bet to follow…

But I’m not talking about bonds or U.S. stocks. I believe we’re kicking off a historic bull market in commodities.

The commodities market is highly cyclical. And you don’t want to get caught in a commodities bear. It can be brutal.

But when commodities run up, they really run. In the commodities bull market from 1971 to 1974, the GSCI—an index of 24 exchange-traded futures contracts that represent a large portion of the global commodities market—returned 371%.

Today, I’ll show you why the trade war can’t stop the commodities bull that’s coming… and how it might actually jumpstart domestic mining in the U.S.

Commodities investors have been jittery over the trade war. But it’s particularly true of mining investors.

In June, the White House slapped a 25% tariff on some $50 billion worth of Chinese imports. Copper prices fell 22% from early June to mid-August.

Other base metals fell as well. Nickel dropped about 23% between June and August. And zinc plunged about 28% over the same timeframe.

But if you look at the details of the tariffs, you’ll see that none of these metals were targeted. Finished products—such as lasers and laundry equipment—were singled out. Yet, investors assumed the worst and hit the sell button all the same.

We’ve seen a rebound in some of these metals’ prices since then. Copper has jumped about 5% since mid-August. Zinc is up about 10%.

One of the catalysts was likely the recent trade deal between the U.S., Canada, and Mexico.

President Trump wasn’t a fan of its predecessor—the North American Free Trade Agreement (NAFTA). He thought it was a “bad deal” for the U.S.

The concern was that ripping up NAFTA would be bad for steel and other metals that cross between Mexico, Canada, and the U.S.

But in late September, these countries struck this new trade deal—the United States-Mexico-Canada Agreement (USMCA). We don’t have to get into all the details about the deal…

Just know that investors were likely happy that something got done. Copper traded at a three-month high shortly after.

On September 30, China’s Ministry of Finance announced it was slashing tariffs on base metals and steel from 11.5% to 8.4%. Tariffs on other mineral imports were cut from 6.6% to 5.4%.

Why would China reduce tariffs in the midst of a trade war? Because Chinese consumers need it…

China is one of the fastest-growing economies in the world. It’ll soon have the world’s largest middle class. That economic growth is impossible without copper and nickel.

Copper is used in building construction, consumer electronics, and automobiles. And China is heavily dependent on copper imports.

In 2017, Chinese smelters put out about 8 million tonnes of refined copper. But the country mined only about 2 million tonnes. It had to import the rest. 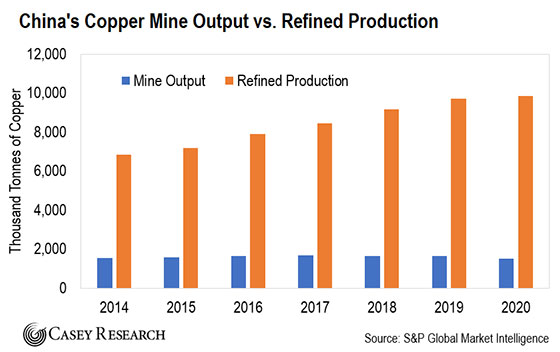 The demand for copper is forecast to rise to about 10 million tonnes by 2020. But production will more or less stay flat.

It’s simple. The growing demand for refined copper in China far outweighs what the country can dig out of the ground each year. This shortfall has to be made up in imports.

It’s a similar story with nickel… China wants to be the world leader in electric vehicle (EV) production. And nickel is an essential metal for EV batteries.

But again, China can’t mine enough nickel to keep up with production. Only about 14% of the nickel that goes into Chinese smelters is mined domestically. 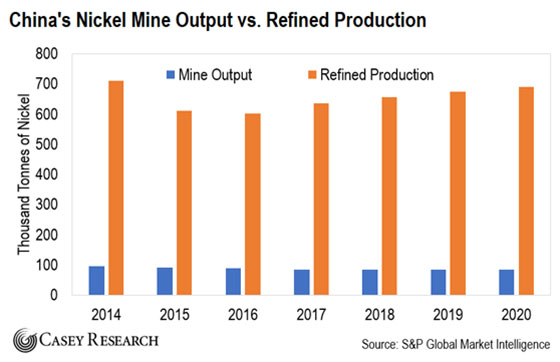 Neither China nor the U.S. wants a trade war. It slows down economic growth—which neither country wants to see happen.

My hunch is that a lot of this is political posturing. There’s a good chance these trade disputes will get resolved sooner than people think.

And finally, there’s one last detail I unearthed that’s bullish for commodities…

The Trump administration is actively supporting the growth and expansion of the domestic mining sector.

Countries are learning that they can’t be too dependent on others for their essential commodities. Politically motivated tariffs and other sanctions could quickly disrupt the entire supply chain.

As an example, China supplies about 78% of the rare earth elements (REEs) imported by the U.S. REEs are a group of 17 chemically similar minerals that tend to be found in the same ore deposits. These elements are used in everything from microphones… to wind turbines… and even the electric motors in hybrid vehicles.

But the U.S. is dependent on China for its REEs. If China decided to stop shipping REEs—or if it slapped punitive tariffs on them—U.S. manufacturers of products containing REEs would be in a tough spot.

So instead of relying on China, the U.S. is looking to kickstart domestic mining. In September, Congress approved a $727 million funding package for fossil fuels research—with a key focus on extracting REEs from U.S. coal deposits.

And that’s not all…

In June, Congress passed a bill simplifying and streamlining the permitting process for extracting “critical and strategic metals.”

That makes it easier for American miners to set up shop and get a mine up and running.

This government support is attracting major mining firms to the U.S. at a rate I’ve never seen before in over two decades in this business.

Trade war fears are overblown. So the U.S.-China trade dispute is no excuse to sit out the coming bull market in commodities. This is a trend you’ll want to keep on your radar for the foreseeable future.

Nick’s Note: Dave just released a brand-new video presentation that details one of the best money-making opportunities he’s come across in his career. This isn’t something you’ll hear about from the mainstream media.

But as you’ll see, a radical new technology is about to take down the world leader of electric vehicles—and flood a tiny, $2 stock with a massive windfall starting soon. Go here to learn more.

From James H.: If our financial system totally collapsed and disrupted internet service, how would you get access to your cryptocurrencies?

Nick’s Reply: Thanks for writing in, James. Many people have similar worries about cryptos: What if there’s an apocalyptic event?

First, I want to say that the chances of that happening are slim to none. So I won’t tailor my investing strategy based off the remote possibility of total societal collapse. Instead, I’ll keep building my nest egg with the assumption that the world continues functioning normally.

That’s not to say you shouldn’t prepare for a disaster. But if one happens, you’ll have bigger concerns than getting access to your crypto assets.

If you want to prepare for the apocalypse, then you should stockpile gold coins, junk silver, guns, bullets, food rations, water, plant seeds, etc. That’s your insurance against the world going crazy.

I’d bet the world continues functioning normally, though. So I’m keeping most of my money in a long-term investing plan.

Stocks are in freefall, and longtime PBRG friend Bill Bonner suspects it will only get worse…

If you have any money in the stock market, you may want to start thinking defensively. And Bill recently released a report called “America’s No. 1 Portfolio Protection Plan.”

The report outlines a hidden threat to this market and shows you time-tested ways to preserve your wealth. Get it now right here. 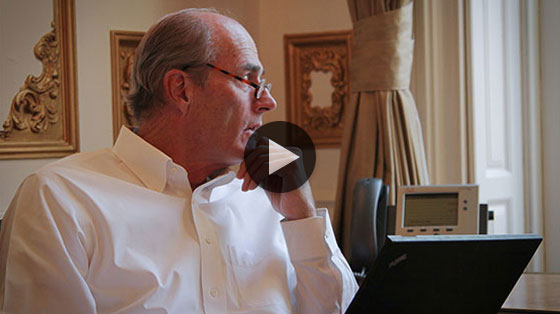