Emotion is the true enemy of investors. It can lead to despair and fear. And that can cause you to make drastically wrong decisions.

It took me a long time to learn how to overcome emotion as an investor. Ultimately, the most important thing I had to master was my own mind.

Like most people, I have a knack for doing the wrong thing at the worst moment when I act based on emotion. That’s why I built a stock investing system to take guesswork and emotion out of it.

Your stock positions will move up and down, day-to-day, and week-to-week. The market itself will get bumpy from time to time. We all know this… Yet we still act on our feelings when it happens.

The key to overcoming emotion is to stay rational—especially when things get bumpy.

There are two ways I do this:

Emotions cause us to react. Logic dictates that we stay disciplined. Patience and focus will get us to where we want to be. 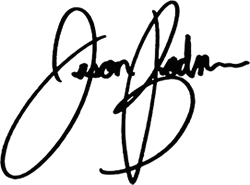 From Robert S.: I’m chagrined that the only two mailbag letters on Monday invoked the fallacy of the “liberal media.” The largest broadcast company in the country is the right-wing Sinclair Broadcast Group, which controls 200 stations in 100 local markets. Fox “Fake” News dominates cable. And of course, there’s the inflammatory Breitbart News Network.

It’s ironic that you chose to run this mailbag under an essay entitled “The Great Cryptocurrency Conspiracy of 2018.” In the same way, large institutions—along with President Trump—have conned ordinary people. These institutions rely on fear to expand their wealth and influence at the expense of any ethics or morality. Otherwise, it’s inconceivable we’d have reached the point where we have put children in cages in this country.

From Richard P.: You asked for opinions on the deep ideological and political divides in this country. I believe that the lack of a coherent immigration policy is the cause of much of it. We are a nation of immigrants… but immigration has changed in more ways than I know.

One problem is that we discourage immigrants from assimilating. Government services are multilingual. Even ballots, which only citizens can use—and citizenship requires knowledge of English, supposedly—are printed in languages other than English.

The separation of children from their illegal immigrant parents was, at best, poorly thought out and indefensible. The calls for the abolition of Immigration and Customs Enforcement (ICE) are equally stupid. None of this would take place if we had a coherent immigration law.

Although division long preceded President Trump, he has made matters worse through his constant use of Twitter. His successes are drowned out by ill-conceived comments on Twitter. His speeches are often as bad.

From Olivia W.: Hi Nick. I read your interview with Teeka—and though I agree about a pending Civil War—I’m shocked to read that one in three Americans also think this.

I live in the Delaware Valley. And people here are generally reticent to talk about politics. In fact, to my shock, I have many relatives and friends who will not even let me talk about it.

I’m not only one ostracized because of my views… But I have experienced several instances of modern-day “kill-the-messenger” syndrome. And most of them are NOT Democrats. I believe this is a story the media isn’t reporting.

Did you hear this big announcement from PBRG guru Teeka Tiwari and media personality Glenn Beck? If not, click here… 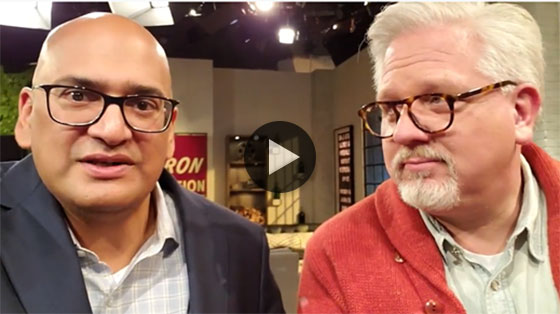