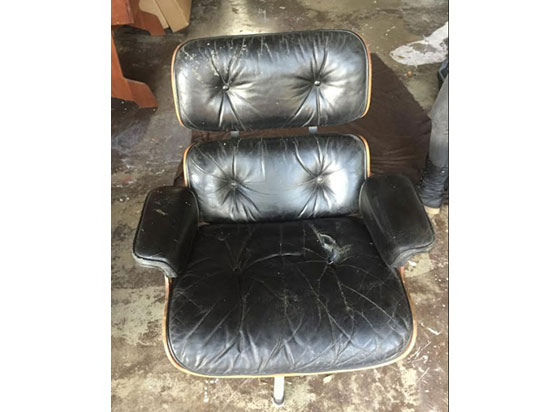 While it looks like something you’d put out by the curb on trash day, I knew it was worth much more.

Recently, I went to Framingham, Massachusetts to see my chair. It’s currently in pieces. I wanted to meet Fran Trainor, the man who’s restoring it to its original condition. He’s one of the leading experts on this specific chair—with over 30 years of experience. When he’s done, I’ll have the option of selling the chair for $7,500, maybe more. But I won’t. 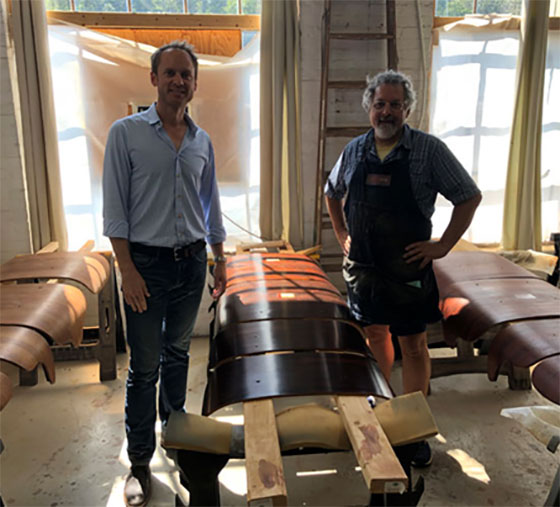 With Fran Trainor, owner of Studio 670 in Framingham, Massachusetts

Here’s a picture of what mine will look like when Fran ships it back to me in a few weeks: 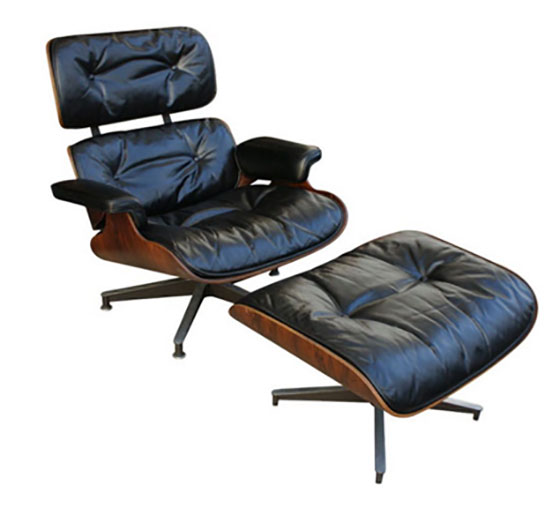 You’ll see them in offices and stylish homes. Many of the ones you’ll see are fakes. Those that aren’t fake are usually new and lack the original feel Eames so carefully designed.

For instance, in the early days, the chair’s wood backing was Brazilian rosewood. This wood is stunning. The finish is perfect. The Eames duo had perfection in mind when they picked it. Once you sit in an original Eames, you’ll experience perfection in every detail.

Herman Miller stopped using Brazilian rosewood in 1989. It got rid of the Scottish leather which Charles Eames saw as essential in the original design. All of these changes put corporate convenience ahead of comfort and style. That means newer Eames chairs are just expensive pieces of furniture. They’re not special.

I was instantly fascinated with this chair when I discovered these facts. When I visited someone’s office and saw the chair, I’d compliment it. That gave me time to stare and look for identifying features to judge the age. If I spotted a fake and the chair owner didn’t admit it, it told me a lot about the person.

Some people come right out and tell you, “It’s a fake.” After all, most of the chair’s patents are out of date. You can get a knockoff on Amazon for as little as $600.

I set out to find an old Eames several years ago. I felt like I knew enough to avoid the fakes and the poseurs. At the repair shop, Fran complimented my purchase. He’s a leading expert in Eames furniture. He estimates my chair is mid-1970s vintage. (I am also ’70s vintage.)

How to Date the Eames

Herman Miller will sell you as many brand-new Eames Lounge Chairs as you want today. They run from $5,000 to $7,000, depending on the finish. To me, they’re just expensive new chairs. I’m interested in something with a story.

I set out to learn how to identify vintage Eames chairs several years ago. I found it wasn’t too difficult once you know what to look for.

The first chairs in 1956 have a label that reads “Los Angeles, California” in the address. Later models had “Zeeland, Michigan.” Notice there’s no ZIP code. The U.S. Postal Service did not start using ZIP codes until 1963. If someone tries to sell you an original pre-1963 Eames, check to see if there’s a ZIP code on the label.

The labels changed over time. Here’s the label on the bottom of my chair. The black label and the patents listed are both important features. 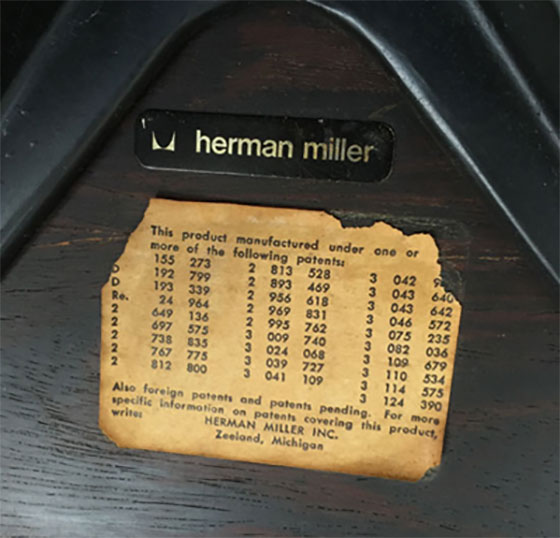 The last patent listed on my chair was filed in 1962

When I saw the label on the chair I bought, I knew it was from the 1970s. While the date of the last patent listed was 1962, the black Herman Miller logo with small-cap font showed up in 1970. It later included a registered trademark designation, but you’ll notice in the picture above that my chair doesn’t have that.

In a few weeks, I should receive my perfectly restored Eames Lounge Chair from Fran. I inspected it in pieces recently, and it looks great. By doing a little homework, I managed to create a modest amount of value while enjoying the chair.

How Big Can an “Everything Bubble” Get?

I’m a picky collector. I’m not looking to fill up a climate-controlled storage unit with so many items I can barely keep up with them. I tend to hunt for years before jumping on a deal when I see it.

In 2017, a friend invited me to a Sotheby’s auction at the company’s Manhattan headquarters. He hired the company to sell a set of art panels recovered from the SS Normandie after it caught fire in the 1940s.

While waiting for my friend’s art to hit the auction block, I noticed this chair. It’s a Mackintosh. 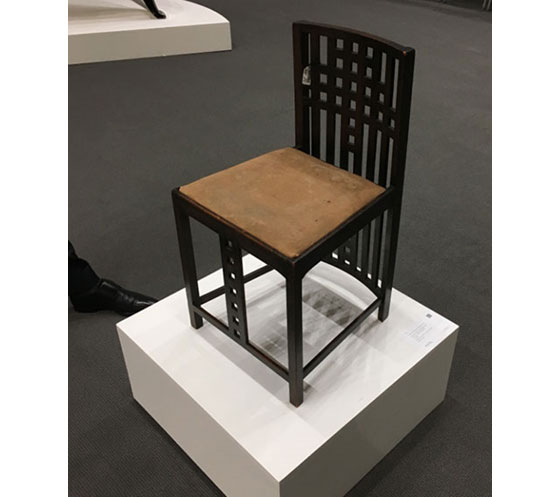 Charles Mackintosh side chair circa 1904

The Scottish designer died in 1928. Eighty-nine years later, I watched the small wooden side chair pictured above sell for $576,500.

The bidder phoned in to buy the chair. The man sitting next to me told me some reclusive billionaire loves Mackintosh and wants the entire set of these sitting chairs. I can’t imagine what he’ll do with them.

From the 3-foot-tall Jeff Koons rabbit that sold for $91 million this year to the anonymous buyer who bought the potentially fake Salvator Mundi for $450 million in 2017… we’re in an “everything bubble.”

I’m not sure how this ends. Maybe the small wooden Mackintosh chair sells for $1 million or even $2 million. After all, there’s no way to value its exquisite detail, age, and rarity.

What I do know is, one day, assets will be valued based on utility. That means the asset’s value depends on its economic usefulness.

As for when economic value regains its place as the determinant of what things cost, I can’t say. What I do know is, when that happens, you don’t want to have your entire net worth stashed in wooden chairs.

P.S. You can read more of my insights—including how to identify trends before the crowd—by signing up for the Casey Daily Dispatch with one click right here. You’ll get a new issue each evening.