Before July 26, almost no one in the crypto world knew Hester Peirce.

But that all changed when the SEC Commissioner sent out this tweet:

On the day that Peirce sent her tweet, the commission voted 3-1 to reject a second attempt by the Winklevoss twins to list a bitcoin ETF. (The Winklevoss brothers are best known as early investors in Facebook.)

Peirce disagreed with her colleagues… and let the world know.

In the three days following her tweet, her account added 13,000 new followers—giving her a total of 15,400. The crypto world dubbed her “Crypto Mom.”

Now, we expected the SEC to reject the Winklevoss’ ETF. So we weren’t surprised by the ruling.

In a July 11 Palm Beach Confidential update, editor Teeka Tiwari said this about the Winklevoss’ application (subscribers can watch the update here):

Teeka is looking forward to the SEC’s decision on the bitcoin ETF supported by the Chicago Board Options Exchange (CBOE).

The CBOE is the largest U.S. options exchange, with annual trading volume of around 1.1 billion contracts. It’s up there with the New York Stock Exchange and the Nasdaq. So its support of an ETF is a huge deal.

(As Teeka put it, “This is not a couple of guys that made a bunch of money on Facebook who are launching a fund or launching an ETF.”)

Now we know we have at least one vote in our corner. And she’s got some very persuasive arguments for approving the CBOE’s bitcoin ETF.

In its ruling, the SEC said it rejected the Winklevoss’ ETF to protect investors.

It had “concerns about the potential for fraudulent or manipulative acts and practices in this market.” In other words, the SEC wants the bitcoin market to mature and stabilize.

But Peirce may have put it best when she said that by rejecting the Winklevoss’ ETF… the SEC is delaying the maturation process.

She argued that institutional investors may conclude that the commission will continue to repress market forces… which will keep them away from the bitcoin market.

For a market to stabilize, you need large institutional money involved. By keeping institutions out of crypto markets, the SEC is making them less stable—hence, creating a paradox.

The SEC Is Picking Winners and Losers

Peirce said the SEC has made itself the gatekeeper of technology. She added that it’s not the commission’s job to decide which technology is “respectable” enough to trade on the markets.

By suggesting that bitcoin, as a novel financial product based on a novel technology that is traded on a non-traditional market, cannot be the basis of an [exchange-traded product], the Commission signals an aversion to innovation that may convince entrepreneurs that they should take their ingenuity to other sectors of our economy, or to foreign markets, where their talents will be welcomed with more enthusiasm.

In other words, if the SEC continues dragging its feet… innovators will start looking at friendlier jurisdictions in Asia and offshore countries like Malta and Bermuda.

Now that we have a sensible voice coming from the SEC, it’s looking better than ever that a bitcoin ETF gets approved.

Hopefully, Peirce gets her colleagues to recognize their hypocrisy. That would lead to a more receptive audience for future bitcoin ETF applications.

Like we said, the big one is the CBOE-supported bitcoin ETF proposed by VanEck/SolidX. The SEC must rule on this by March 2019. So there’s still time to position yourself in front of Wall Street.

Think about that… How often do you and I have the chance to get into an investment before Wall Street does?

The answer is never. The rules are against us.

But this time, we can get in front of the big money. All you have to do is buy some bitcoin before the ETF gets approved.

How much will bitcoin be worth when this happens?

Remember, bitcoin is a volatile asset. We recommend keeping your position size small, so you can weather any volatility the market gives us.

P.S. We know that many people still have questions about cryptocurrencies. That’s why Teeka is holding an exclusive free live Q&A tomorrow, August 8 at 8 p.m. ET. You can ask about the proposed bitcoin ETF—or any other crypto-related question you want answered.

To attend, just click here to register your email address. When you do, you’ll be able to submit your questions early and increase the chance of getting them answered.

This really is a rare opportunity to have a former Wall Street vice president answer your questions live. So don’t delay… register for this free event today right here.

From Tom B.: In the August 3 Daily, Greg Wilson asked a question regarding inflation. I did get the correct answer.

One of things from the early 1980s that bothered me was when the Reagan administration changed how we calculate inflation. Important indicators such as food and energy were no longer included in the factor of true inflation. This was done to contain the rise in increases to Social Security payments… The Fed has used this change to manipulate the money supply.

It would be helpful if we knew what the real rate of inflation really is.

Nick’s Reply: According to most official government statistics, the current inflation rate is between 1.9% and 2.9%. But as you’ve noted, the government has changed the way it tracks inflation over the years.

The Consumer Price Index (CPI) is the main indicator of inflation. It tracks the prices of housing, food, transportation, medical care, and other expenses. The way the government weights these prices has changed since the 1980s.

There’s a great website called shadowstats.com, which compares the current inflation rate to an adjusted rate using the 1980s’ standards. According to the website, the adjusted inflation rate is about 6%.

To be clear, there are pros and cons to using the old and new measures. Technology has improved living standards. So that’s a major reason the CPI has been updated. To me, it doesn’t feel like my expenses went up 6% this past year as the adjusted rates would imply.

From David W.: Nick, your commentary on Trump and the trade war is spot-on. It’s about time we had a leader who understands business!

America is blessed every day that we have President Trump as our commander in chief. I’m a small-business entrepreneur and have a great appreciation for what this president is doing for our country on so many levels. He’s a president who loves the American republic and defends the Constitution that has made us the greatest nation on Earth.

I enjoy your commentary, especially when it includes a couple of investment ideas.

I can’t give you personalized advice. But I’m happy to cover any cryptocurrency question from how to open an account… to my investing strategy… to the “Cryptocurrency Conspiracy”… to anything else that’s on your mind…

We’ll start promptly tomorrow at 8 p.m. ET. To make sure you don’t miss a thing, click here to register before it’s too late… 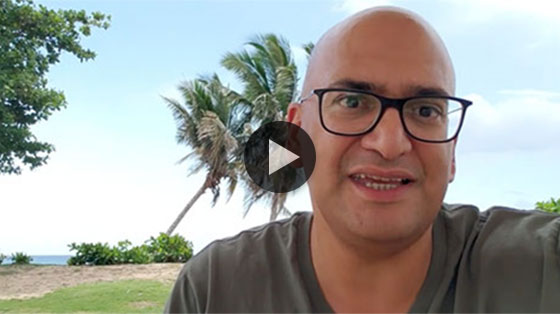