Nick’s Note: Last month, the broad market fell more than 9%. To get the scoop on what’s going on, I turned to PBRG’s Wall Street insider Jason Bodner.

Regular readers know Jason spent years as a trader at New York firms such as Cantor Fitzgerald. He created a proprietary system that scans nearly 5,500 stocks every day to find the best of the best… But his system can also detect which direction the market is going in.

So I asked Jason what’s behind the recent bout of volatility, and when he expects it to end…

Nick: The market was down over 9% in October. And we’re still seeing a lot of volatility. What do you think is behind this?

Jason: The sell-off started with a sudden absence of buying, coupled with negative investor sentiment.

Jason: Last month was the end of an earnings blackout period. These blackouts happen every three months, before companies release their quarterly earnings reports.

Company executives may have access to inside information in these reports before they publish them. So the Securities and Exchange Commission restricts publicly traded companies from trading their own shares shortly before and after earnings.

Most companies release earnings in January, April, July, and October… So you won’t see many buybacks then.

Traders can take advantage of this period of lower trading volume to push stock prices down.

Nick: So you expect more buybacks now that the blackout period is over?

Jason: Goldman Sachs just reported that buyback activity is up more than 88% year-over-year. And I expect that trend to continue.

Wells Fargo said it will buy back 350 million shares as well—worth nearly $20 billion!

There is an underlying bid for U.S. stocks as companies continue taking advantage of low taxes and low interest rates as an opportunity to buy back their own stocks.

It’s possible we’ll see $1 trillion in buybacks before this year is over.

Nick: That’s good news. When do you think this current pullback will end?

Jason: I think we’ve seen the bottom in the S&P 500 for this pullback.

As our readers know, my proprietary system sifts through nearly 5,500 stocks every day to find the best ones based on fundamentals, technicals, and unusual buying.

Now, for my Palm Beach Trader newsletter, I use this data to find individual stocks that are ready to outperform the market.

That’s how I was able to call the top back in January 2018… And I knew the time wasn’t quite right to get back in when we talked in February.

Last Friday, my system flashed an “oversold” rating. And what I’ve found is that when this indicator reaches oversold, selling is near its end. It has been very accurate over the years when it comes to pinpointing bottoms in the market.

Since our live data began five years ago, this oversold indicator has appeared three times.

In short, the bottom is either here, or near.

Nick: I’m glad to hear that. It’s tough holding on during these drawdowns. Can you tell us why you’re still bullish, given all the scary stories out there?

Jason: Despite the “gloom and doom” you hear in the financial press, the numbers indicate otherwise.

Record cash repatriations continue. U.S. companies bought back $721 billion worth of profits through September. That’s spurring those record buybacks we just talked about.

This will be the third consecutive quarter of 10% sales growth and 24% expected earnings growth from the large-cap S&P 500.

Who in their right mind would pull money out of double-digit sales and earnings growth from equities to chase a 3.1% yield on the 10-year Treasury?

Where else is there to invest? The European and Latin American stock markets are all experiencing volatility, too.

So I’m bullish on U.S. equities for likely another six years.

Nick: Where do you see bargains right now?

Jason: Believe it or not, almost all sectors are oversold by my metrics.

Technology, consumer discretionary, real estate, financials, and industrials are the most extreme.

The long-term view, though, is that the stocks getting really hurt right now still have superb fundamentals and strong sales and earnings. The fundamentally superior stocks should bounce the fastest and highest.

As we slog through this volatility, I think it’s a great time to hunt for bargains.

Jason: You’re welcome. Try not to let the fear and gloom get to you… And stay bullish!

Nick’s Note: If you have a question or comment for Jason, send it to us right here…

Nick’s Note: As Jason pointed out above, volatility is roiling the market. Although we believe it’s short-term, my colleague William Mikula, chief analyst of Teeka Tiwari’s Alpha Edge, sees the recent volatility as an opportunity to generate thick streams of income. He explains how below…

Cashing In on Volatility

Fear has returned to the market—in a big way.

One of my favorite measures of fear is the CBOE Volatility Index, or the VIX. It’s commonly referred to as Wall Street’s “fear gauge.”

The VIX measures traders’ future expectations of volatilty. A high VIX indicates that investors are fearful about the future. And a lower VIX means investors are calm and complacent. They see nothing but clear skies ahead.

I use a reading of 20 as our dividing line between high- and low-VIX markets. And at today’s reading of 25.36, we’re in high-VIX territory.

In fact, the VIX is up 111.3% over the last 30 trading days. Meanwhile, the S&P 500 is down more than 9%. This demonstrates the inverse relationship between the VIX and the market. 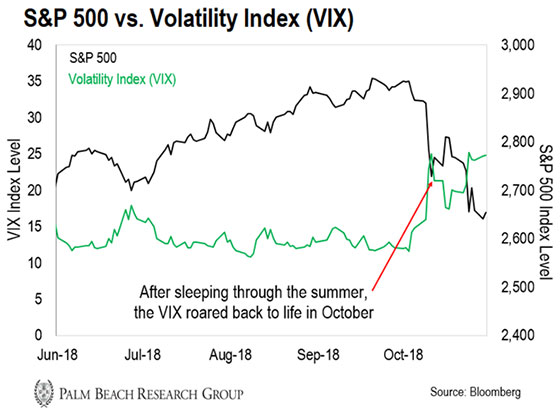 So how can you cash in on this volatility and fear?

If you’re an experienced options trader, consider selling put options on your favorite stocks. With the VIX at elevated levels, you’ll earn juicy, upfront income by simply agreeing to buy stocks you’d like to own anyway.

If you aren’t familiar with options, consider sectors that have held up well in the current market turmoil. They should hold up well if the sell-off continues.

One area that’s been resilient is Big Tobacco. Two elite businesses worth a closer look are Philip Morris (PM) and Altria (MO). I like Philip Morris below $95 per share. And Altria looks like a great buy below $67.50 per share. I’d hold both with a 25% stop loss.

As always, do your own research before entering any trade.

Bottom line: Today’s volatility and fear is an opportunity to strike—not hide.

P.S. At our elite trading service, Alpha Edge, Teeka and I are having a blast with the current volatility. In fact, we have three trading strategies that thrive when the VIX spikes above 20. Today, we’re releasing a trade with 100%-plus upside that directly cashes in on investor fear.

You can learn how to sign up for Alpha Edge right here.

A new technology will hit the mainstream starting November 14…

And when it arrives, it will change every aspect of our lives, from the cars we drive… to the doctors we see… and even the way we work.

Even if you never invest a dollar in this tech, get the full story so you’re not caught off guard. Go right here. 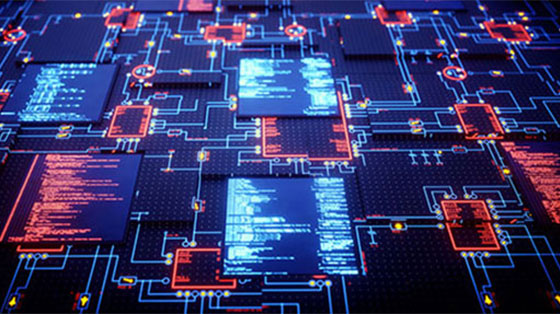