Romit Shah is one of the top technology analysts on Wall Street.

He’s the head of tech research at Japanese financial firm Instinet (the independent equity trading arm of parent company Nomura Holdings)… which has $473 billion in assets under management.

Before joining Nomura, he spent time at Barclays and Lehman Brothers. He’s also a frequent guest on financial news networks like CNBC and Bloomberg.

But he’s probably most famous for being one of the biggest Tesla bulls out there.

Here’s what Shah said about the electric car maker on October 4, 2017: “We believe that Tesla, much like Intel in the 1990s, is well-positioned to accrue most of the profits in the electric vehicle value chain.”

At the time, Tesla traded around $330 per share. Shah predicted Tesla shares would surge to $500 within a year. (Today, shares trade around $300.)

Oh, how the times have changed…

On September 11, 2018, Shah downgraded his rating on Tesla from “buy” to “neutral.” (On Wall Street, “neutral” is a code word for “sell.”) He now says the company is “no longer investable.”

This came as quite a shock to many… But it shouldn’t be a surprise to longtime Daily readers. We told you on April 3, 2018, that Tesla has many flaws in its business strategy and that the stock would head lower.

Avoiding Tesla has been the right call (even though shares tend to bounce whenever I mention the company).

In today’s issue, I’ll tell you why to avoid Tesla… or to consider selling shares if you own it. I’ll also share a few ideas for those who are bullish on electric vehicles, but think Tesla is too risky to own.

Where There’s Smoke, There’s a Fire

For those of you who don’t follow Tesla, here’s a concise update of Musk’s activities over the past couple of months:

Most seriously, Musk announced on Twitter that he had “funding secured” to take Tesla private at $420 per share. But he didn’t actually have funding secured.

And the Securities and Exchange Commission (SEC) has launched a probe into whether Musk manipulated share prices with that August 7, 2018 announcement.

That’s a lifetime of bad behavior for most CEOs. But Musk did all of this over one summer.

That’s why Shah downgraded the stock earlier this month. But we think he has bigger reasons than just that…

Apparently, many Tesla executives feel avoiding Tesla is the right move, too. They’re leaving the company in a mass exodus.

According to famed short seller Jim Chanos, 58 executives have left the company in the past 12 months. That includes chief accounting officer Dave Morton… who left after only a month on the job.

Now, we recognize there’s always turnover in an organization… But I don’t think any other company has had 58 executives leave in a year. And if it was a great, growing company… they’d stick around for the stock option incentives alone.

But at Tesla, they’re leaving in droves.

One potential reason is that Tesla may be facing bankruptcy. As hard as that is to believe for such a popular company, Tesla has serious cash problems.

Last quarter, Tesla’s free cash flow (FCF)—the money left after paying all the bills—was negative $740 million. And that was actually better than the first quarter, when the FCF was negative $1.05 billion.

At this pace, Tesla’s $2.2 billion cash reserve will evaporate next year.

To be fair, analysts project that Tesla will have positive FCF over the next two quarters. But recent history says that will not be the case.

On top of that, Tesla has almost $1.5 billion in bonds coming due next year. Investors are increasingly concerned that the company won’t be able to issue new bonds or new equity.

CDS are essentially insurance against a default. So if Tesla defaults on its debt, CDS holders get paid.

Tesla’s CDS prices have surged as of late. According to Bloomberg, some investors are paying $2 million to insure up to $10 million of debt against default over the next five years. That suggests a 42% chance of Tesla missing a debt payment over that span.

If Tesla misses a debt payment, it will most likely go bankrupt and need to restructure. That’s a complicated process… in which stock holders usually end up holding the bag.

That’s the risk of holding Tesla shares… and one I would rather avoid.

The market has plenty of other opportunities for those who want to get into the electric vehicle (EV) trend—many of which we’ve brought to your attention here at the Daily.

If you want to invest in growing tech companies, consider Nvidia (NVDA) and other semiconductor companies. They make the “brains” that go into EVs and other electronic devices.

Or consider stocks that will get a boost from the next generation (5G) of wireless networks. These companies will be essential to connecting devices to one another, including EVs.

These are safer ways to play big tech trends than Tesla.

A reader wonders why “fake news” sends cryptocurrency prices down (see Teeka Tiwari’s “Did This Fake News Cause Bitcoin to Drop?”), but positive news hasn’t caused them to spike yet…

From Jose B.: Hi Teeka and team. I’ve been a Palm Beach Confidential subscriber since November 2017 (great time to join you!). You’re doing a great job and have my full support and confidence.

In this difficult year for the crypto market, my single question is: “Why doesn’t good news affect the market price, while bad or negative news affects it so much?”

When the “news” came out, the market went down… But when it turned out to be “fake news,” the market didn’t go back up. What’s going on?

Nick’s Reply: Thanks for the note, Jose. No one knows exactly why things happen the way they do…But in this case, I have a guess… The media outlets shouted about Goldman shutting down the trading desks and everyone heard it. But fewer people reported this was fake news. Why? Maybe they were too embarrassed to issue a correction. That would be admitting they posted an inaccurate story without doing their due diligence.

But the moral of the story is this: Remember that cryptocurrencies are highly volatile and sensitive to news, especially negative press. As Teeka advises, the important thing is to ignore the noise and look at the bigger picture.

Cryptocurrencies like bitcoin solve real-world problems. And people are working on custody solutions that will allow big institutions to flood into this space. This trend is just beginning. We just need to sit tight and ride out the volatility.

This Silicon Valley insider says that on November 14, he believes over 100 tiny tech stocks will start to soar over 100%…

And tonight at 8 p.m. ET, he’ll discuss the details during a free webinar. As a special bonus for attending, he’ll name four stocks on his watchlist. 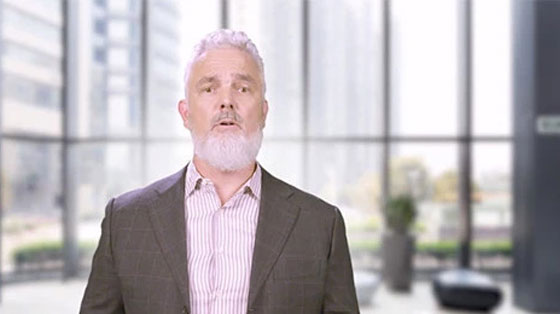