Nick’s Note: With stocks at all-time highs, many investors are going all-in. But keeping all of your money in stocks could result in underperforming the market.

So if you want to beat the market and build a sizable nest egg, you should hold cash during times like this. And today, longtime PBRG friend and master trader Jeff Clark explains the reason for it…

“You must be fully invested during market rallies,” a concerned reader wrote to me recently. “If you’re holding cash, you’re going to underperform the market.”

The reader is making a point that’s often preached by the majority of stockbrokers, money managers, and mutual fund salespeople.

“Don’t try to time the market,” they say. “Stay 100% invested, and you’ll keep up with the market’s returns over time.”

But the truth is—because of the various fees charged by those same stockbrokers, money managers, and mutual funds—if you stay 100% invested all the time, you’ll consistently underperform the market.

Taking Money Off the Table

Let me try to explain how this works. Take a look at this chart of the S&P 500:

The red arrows on the chart point to days when we published cautionary advice in my free newsletter, Market Minute (catch up here, here, and here).

Technical indicators like the Volatility Index (VIX), the McClellan Oscillators (NYMO and NAMO), the CBOE Put/Call ratio (CPC), and others were warning of overbought conditions. So it seemed prudent to raise a little cash.

Of course, we ran the risk of underperforming the market if stocks continued to rally—which they did following our exit in January last year and have done since early February this year.

But when the market fell, as it did last February and last December, we had money available to put to work when the technical conditions reached oversold levels.

The blue arrows on the chart point to days when we published bullish advice in Market Minute (here and here).

The technical indicators had reached extremely oversold levels. And while we didn’t nail the exact bottom of the market decline, we were able to buy stocks at far cheaper prices than where we had sold them previously.

Selling even just a small portion of your portfolio into overbought conditions—then buying back in when things get oversold—can have a very positive effect on your overall returns.

You Must Have Cash

Over the past few months, I’ve been advising folks to raise cash. Many technical indicators are in overbought territory and are flashing warning signs.

Yet the market has continued higher. So if you followed my advice for the past few months, then you’re underperforming the broad stock market.

I suspect that’s just a temporary condition. We’ll get a decent decline—sooner or later—that’ll give you the chance to buy stocks at lower prices than where they’re trading today.

But in order to buy when that happens, you’ll have to have cash.

P.S. As you can see above, my trading strategy is all about taking profits off the table and reducing risk.

And if you like what you just read, consider signing up for my free e-letter, Market Minute. You’ll receive more trading advice just like this—three days a week. You can sign up with one click right here.

Scientists have recently discovered the key to unlocking the secrets of DNA hidden inside bacteria billions of years old. In fact, it could end genetic disease… save the global food supply… and even grant us energy independence.

But just three companies hold all the necessary patents. And if you want to learn how to make a small fortune from them, just click right here. 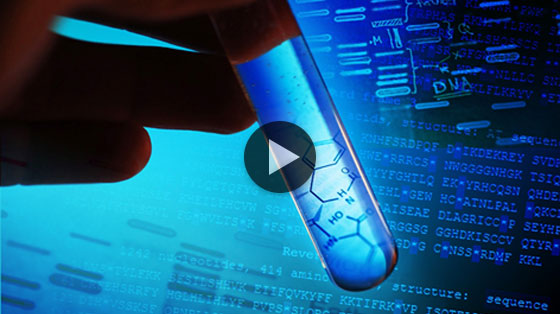