Nick’s Note: At the Daily, we’re generally bullish on the stock market. However, even if you think the market is headed for a downturn this year, that doesn’t mean you shouldn’t invest in stocks.

Some of the best deals come during sell-offs. That’s why today, we turn to longtime PBRG friend and master trader Jeff Clark, editor of Delta Report. Below, Jeff explains why he’s excited about putting his money to work in 2019…

“Why on Earth,” a concerned reader asked recently, “would you even consider recommending buying any stock in a market you describe as bearish? After all, if the market is going to fall this year, then most stocks are going to fall with it…”

That’s a fair question. Most stocks are strongly correlated to the performance of the S&P 500. So if the broad stock market falls in 2019—as I’ve argued it will—then buying most stocks is going to be a mistake.

You see, even in bear markets, there are lots of chances to profit by buying stocks. Back in 2008, for example, one of the best-performing strategies was to simply wait on the sidelines until the stock market reached historically oversold conditions—where the proverbial rubber band was stretched about as far as possible to the downside—and then buy stocks in anticipation of an oversold bounce.

The benefits of that strategy are obvious to anyone who had the courage to buy into the historic decline we experienced just before Christmas. The S&P rallied 320 points off of its Christmas Eve low. That’s a 13.6% gain in less than a month.

Traders should have several opportunities to capture similar gains as we get further into 2019.

But the big money moves—the trades I’m most excited to make this year—involve stocks that have a specific catalyst for a move higher.

Understand that when the stock market is falling, institutional money managers are desperate to find ideas where they can put money to work. Sitting in cash is not an option for them.

Investors are paying institutions anywhere from 0.5% to 2% to manage their money. If cash is the best alternative—and cash pays 2% right now—then why would anyone pay a management fee to someone for sitting in cash?

In a bull market, money managers have an easy job. They can pretty much buy anything, and the momentum of the bull will generate positive returns.

In a bear market, though, positive returns are tougher to come by. So money managers—in order to keep their jobs and earn large bonuses—need to do more work.

Most mutual funds don’t short stocks… so they can’t profit on declines. They have to look for stocks with the potential to rally even when the broad stock market is bearish.

That’s where regular investors have the edge.

The potential gains from this type of strategy are enormous in a bear market, where institutional money managers are desperate for profitable ideas.

That’s why I’m comfortable buying certain stocks in bear markets. I know that if I can spot an idea ahead of institutions and jump in front of their buying, then it’s likely to be a profitable trade.

P.S. This strategy is only one of many that I’m excited to share with my subscribers this year. In fact, it’s a big part of a trade I recommended just the other day…

You see, it’s been a long time since traders have had a prolonged bear market to profit from. And now that it’s here, I’m looking to make my subscribers even more money than 2008—my best-performing year ever.

But there’s another aspect that nobody sees coming. It represents the biggest, fastest money-making opportunity we’ve seen in over a decade. And just yesterday, I revealed all the details in this new presentation.

You can see it for yourself right here…

It might not seem like it… But all of the volatility in the crypto market has unearthed a new opportunity.

Right now, there’s a small group of investors collecting income in the crypto market—whether it’s moving up… down… or even sideways. It doesn’t matter.

To find out exactly what this group is doing, go right here… 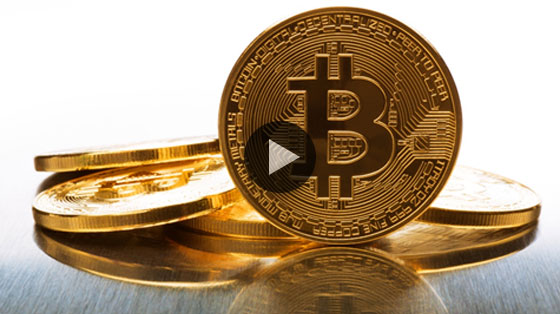