Wow… your response was overwhelming.

This is just a small sample of the reader feedback we received. So there’s definitely an appetite for quality companies that will survive the coming crisis.

Today, I’ll name 10 companies facing the biggest threat from Income Extermination. Before I get to them, let me get everyone up to speed…

For those not familiar with Income Extermination, it’s the combination of rising rates and rising inflation. Teeka says anyone holding bonds during this time will get crushed.

You see, most people think bonds are 100% safe. But bond prices move inversely to yields. So when yields start going up, bond prices go down.

Retirees are in the greatest danger. According to the U.S. Census Bureau, those age 65 and older own the highest percentage of U.S. government and corporate debt.

If you own bonds (or “bond replacements”) and don’t prepare for this event, you could lose a substantial portion of your retirement savings.

That’s because Income Extermination is already ramping up…

We’re Just in Stage One

Today, we’re in the first stage of Income Extermination… and we’re already seeing massive losses in the bond sector.

Here’s what Teeka told his readers in the May issue of The Palm Beach Letter (subscribers can read the full issue right here):

After surveying the damage to America’s bond portfolios, we have no doubt. Income Extermination is here. I wish I could tell you it will be over soon… But it won’t. You see, when rates start rising, they keep rising for decades. 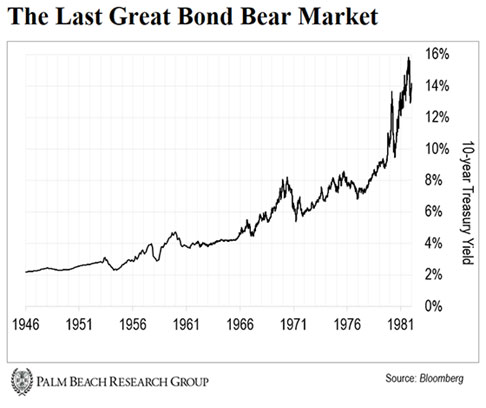 If this bond bear market mirrors the last one, I’ll be 82 years old by the time prices start to recover. Will you live long enough to see your portfolio made whole again?

Stage Two of Income Extermination could be even worse. That’s when businesses start going bankrupt.

These 10 Companies Will Be in Trouble

In the second stage of Income Extermination, we’ll see unprofitable businesses with lots of debt start to fail.

When debt is cheap, businesses borrow so they can expand. And corporate debt has exploded over the past decade…

At the start of 2007, U.S. non-financial corporations had $3.1 trillion in outstanding bonds. Today, it’s nearly doubled to $6.1 trillion. The reason is simple: Low interest rates have made it cheap to borrow money.

Unprofitable companies that took out too much debt will crumble. They’re not going to be able to pay back their bondholders.

I wanted to find the biggest companies that face the greatest threat from Income Extermination. So I searched for firms that had more debt coming due in the next year than they had in cash and cash equivalents.

I also looked for negative free cash flow (FCF). That means after a company pays all its bills, it had less cash than at the beginning of the year.

I narrowed down the list further by looking for companies with profits of less than 20% of their interest payments. That—combined with negative or no FCF—will make it difficult for these companies to pay off their bonds.

These companies will have to refinance at much higher rates than they currently pay… or go bankrupt. (They could also issue more shares to raise capital, but that would dilute shares and hurt prices.)

Here are the 10 biggest companies that came up during my research:

Other than Tesla, I’ve done no further fundamental research on these companies. But they are the kind that I’d avoid during Stage Two of Income Extermination.

P.S. Teeka and his team are putting the final touches on a survival guide for Income Extermination. Stay tuned…

Meanwhile, tell us your plan to survive and thrive during Income Extermination right here…

For the first time, master trader Jeff Clark will reveal how to profit from the coming tidal wave of volatility. Check out the details below… 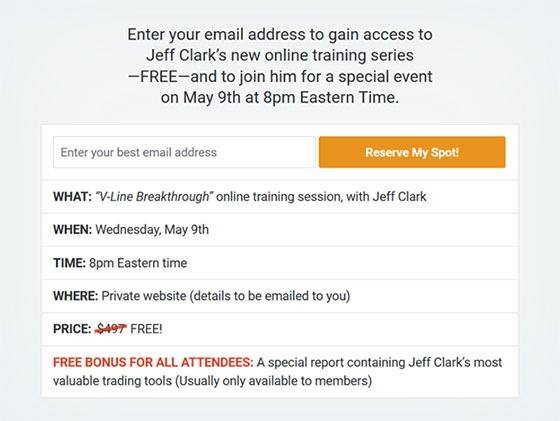