Bitcoin is “antisocial, stupid and immoral.”

That’s how investing legend Charlie Munger described the most popular cryptocurrency in the world.

Munger is the right-hand man of Warren Buffett… and the vice chairman of Buffett’s Berkshire Hathaway company.

Yahoo! Finance interviewed Munger during the company’s annual meeting this past Saturday. That’s when he called bitcoin a “combination of dementia and immorality.”

(Note to Charlie: Bitcoin is probably the most moral currency out there. Unlike the U.S. dollar and other fiat currencies, central bankers can’t print bitcoin into oblivion. So its value doesn’t erode through inflation.)

But Munger didn’t stop there…

“Suppose you could make a lot of money trading freshly harvested baby brains,” he continued. “Would you do it? To me, bitcoin is almost as bad.”

(Not to be outdone, Buffett likened bitcoin to “rat poison squared” on Tuesday.)

We’re not exactly sure how bitcoin and baby brains are related… But we do think good old Charlie is out of his league here.

Now, Munger and Buffett have imparted tons of investing wisdom over the decades. Every year, thousands of disciples make their way to Nebraska to hear the Oracles of Omaha speak at their annual Berkshire Hathaway conference.

Here at PBRG headquarters, we study both legends… especially when it comes to their specialty—value investing.

But we think they’re off the mark when it comes to the new cryptocurrency asset class.

They aren’t the first smart guys to underestimate bitcoin. In a moment, we’ll show you why they are off the mark (and tell you the person whom we listen to when it comes to cryptos). But first, more from the Old Guard…

As I mentioned earlier, Munger isn’t the only smart guy to pan bitcoin…

In 2013, famed economist Paul Krugman penned an article titled “Bitcoin Is Evil.” And he still stands by that position. Last year, he said bitcoin was in a “bubble.”

In 2014, Seth Klarman (another one of our favorite value investors) said “bitcoin is yet another bandwagon we are happy to let pass us by.”

In 2017, JPMorgan Chase CEO Jamie Dimon said he’d fire any of his employees who traded bitcoin for being “stupid.” He also called bitcoin a “fraud.” (Dimon later said he regretted calling bitcoin a fraud.)

Not only were these guys wrong… they missed out on the greatest investment opportunity of the 21st century.

Now, these guys are successful, and they’ve made billions. But cryptos aren’t their expertise.

If Charlie Munger told me about a great value idea, I’d back up the truck and buy. But I wouldn’t listen to his advice on bitcoin.

When it comes to cryptocurrencies, regular readers know who we turn to…

When we look for advice on cryptocurrencies, we call world-renowned crypto expert and PBRG’s very own Teeka Tiwari.

But Teeka’s crypto recommendations have made his subscribers life-changing gains. (If you put $500 each in bitcoin and ether when he recommended them in April 2016, it’d be worth a total of $31,950 today.)

In the past six months alone, he’s traveled to more than half a dozen conferences in six cities across four countries… And his network of crypto insiders is unmatched.

Over the next two weeks, he’ll be in New York City to attend four more crypto/blockchain conferences.

Despite his busy schedule, I was able to get Teeka on the line and ask him about Munger’s comments. Here’s what he told me:

If I were in Buffett’s shoes—and had $76 billion in direct exposure to financial firms—I’d be just as hysterical in my proclamations against bitcoin. Bitcoin and blockchain technology represent a massive competitive threat to the entrenched financial players. The cost savings brought about by blockchain technology will gut the primary profit centers of banks and insurance companies. Of course Buffett and Munger are freaking out.

Of course not! They made billions in the rise of the bubble… and billions more by scooping up cheap stocks in the subsequent crash.

Just recently, Munger called bitcoin a “noxious poison” while at the same time saying Wells Fargo (Berkshire’s second-largest position) should be given a break by regulators. Think about that. Wells Fargo has been fined billions of dollars for falsifying millions of customer accounts… millions of mortgage records… and millions of auto insurance records—all to pump up fees.

In a blockchain world, Wells Fargo could never commit the fraud it’s been found guilty of. That’s because records are tamper-proof when they’re secured by a blockchain.

The global financial system is a noxious poison… not bitcoin.

We couldn’t have said it better…

Cryptos Are Poised for Another Boom

Despite the naysayers, we see a bright future in cryptocurrencies. Here’s why…

If these funds allocate just 5–10% of their portfolios to cryptos, we could see the entire market go up 10 times from where it is today.

Our advice hasn’t changed. Make sure you own some bitcoin before the Second Boom takes off.

P.S. Do you agree with Charlie Munger that bitcoin is immoral? Or do you come down on Teeka’s side that the blockchain is game-changing technology? Tell us why right here…

Meanwhile, if you’re still on the fence about cryptocurrencies, then you should consider taking Teeka’s Crypto Master Course. It will show you the ABCs of cryptocurrencies and their underlying blockchain technology. You can learn how to register right here. (If you’re a Palm Beach Letter subscriber, you can start taking lessons right here.)

Volatility is back, and it’s not going away… But master trader Jeff Clark isn’t worried. He’s actually excited.

That’s because fortunes can now be made in days, not decades. Here’s how you can do it, too. 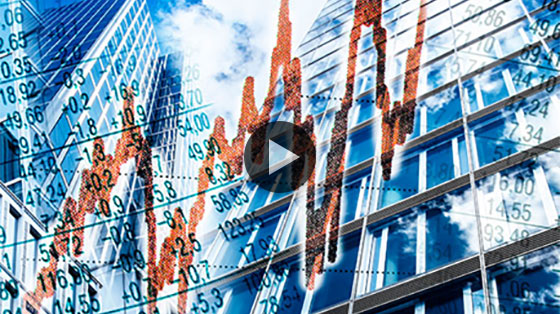