In 1991, the U.S. State Department posted a digital bulletin to the World Wide Web.

According to Digital.gov, it’s believed to be the first-ever internet posting by a government agency. (Some argue NASA was first, but we won’t quibble over the details here.)

Here’s the original bulletin (courtesy of the State Department’s archives): 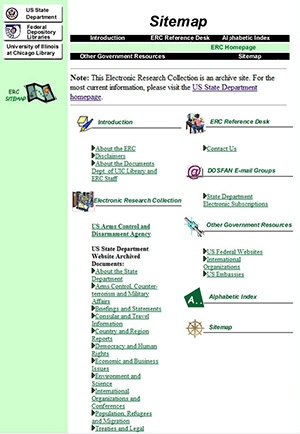 Why are we showing you this piece of history?

The U.S. Defense Department began developing ARPANET, the precursor to the internet, in 1966.

So, by some accounts, it took at least 25 years before a government agency officially communicated to the public over the internet.

In comparison, on November 15, 2021, the island paradise of Barbados announced that in January 2022, it will become the first sovereign nation to open an embassy in the metaverse.

If we mark Facebook’s rebrand to “Meta” on October 28 as our starting point… it took just a little more than two weeks for a government to announce “offices” in the metaverse.

Just think about that… Two weeks versus 25 years for a government to officially embrace a breakthrough digital technology.

According to CoinDesk, Barbados signed an agreement with Decentraland, one of the most popular crypto-powered digital worlds, to establish its virtual embassy.

The virtual office will provide services such as “e-visas” and a “teleporter” that will allow users to transport their avatars between the “real” and “virtual” worlds.

Take this as a lesson – a very profitable one at that.

Technology is increasing at an exponential rate. Ideas that once took centuries or decades to reshape society are now doing so in years or months.

Yes, these changes may seem crazy… Even radical… But get used to it.

In the future, people (or their avatars) will take virtual vacations in the metaverse… And they’ll pay a lot to do it.

So don’t be surprised when Disney opens a virtual theme park in the metaverse, too.

If you want to make generational wealth from this trend, Daily editor Teeka Tiwari has identified a tiny subsector of tokens that will help build out the metaverse.

They’re called “Tech Royalties,” and these projects actually pay you to hold them.

And because Tech Royalties pay out their yield in more crypto, you can also see explosive price appreciation…

But ignoring Tech Royalties and metaverse before they truly take off would be a mistake as big as passing up $400 bitcoin back in 2016.