Today, I’m going to break one of my rules…

For the most part, I actively discourage speculation in The Palm Beach Letter.

In my experience, most people are horrible at it. They risk far too much money on ideas that are far too poor.

So you might find my latest recommendation a bit hypocritical.

But here it is… Today, I want you to go out and buy Doug Casey’s book Speculator.

The book is a master class on intelligent speculation wrapped in the form of a riveting novel.

Doug’s story centers on the adventures of a young man looking to get rich in the rough-and-tumble world of junior gold mining.

The shadier promoters in the junior-mining space probably hate that this book is in print.

That’s because Speculator serves as a neat handbook on how to avoid getting fleeced by the hucksters out there.

The book is rich with the type of authentic experiences that only Doug Casey can provide. It’s a rare glimpse into the mind of one of the great speculators of our time.

In one passage, Doug writes:

A speculator only took advantage of chaos in the same way as a doctor might take advantage of a sickness or an injury, earning a living by healing a disease he didn’t cause but had foresight to know was coming.

I couldn’t put it any better myself.

I firmly believe that intelligent speculation has its place in a well-diversified portfolio. For instance, back in April 2016, I recommended two highly speculative investments to Palm Beach Letter subscribers.

Both of those ideas have done incredibly well. One is up 200% and the other is up 100%. On both of those deals, we used small position sizing, so we kept our risk small and our profits big.

Doug’s main character Charles Knight talks about the power of position sizing when he muses:

It made more sense to allocate 10 percent of his portfolio to speculations that could yield 1000 percent gains. If a speculation panned out it would, alone, double total starting capital, regardless of what happened to the other 90 percent of the portfolio.

The book is full of this type of practical wisdom but without any of the dryness that comes from a typical investment book.

It’s an exciting read that I finished over the course of two long nights.

If you are looking for a great read—with an education on speculation thrown in for free—go out and buy Speculator. You will love it.

P.S.  You can purchase your signed copy of Speculator right here. In the meantime, if you want a sneak preview, Doug’s allowed me to run an excerpt. I’m sure you’ll enjoy it…

(A Cliffhanger in the Jungle)

Charles Knight stood tall at the edge of a precipice. Far below, the tumultuous Bangu River scoured its path along an ancient fault while its roar echoed up the canyon walls it had carved over the eons. He gazed over hundreds of square miles of thick African bush.

The decades-old geologic surveys conveyed none of the continent’s colors, its fragrance, the weight of its air. To the north stood steep hills capped with erosion-resistant dark-green basaltic rock—the congealed blood of extinct volcanoes. To the west, a ghostly band of gray clouds, pregnant with rain, floated at the horizon. When the rain arrived, it would come in torrents, the likes of which few people on the planet ever experienced.

The ledge on which Charles now stood had suffered the assault of such rain for millennia. Little remained of the limestone glue that had, for all that time, maintained the integrity of the rock. The additional stress of his 180 pounds simply proved too great. With a sound no louder than a sigh, the once solid rock transformed into fluid under his feet. He felt it happen. He knew what it implied. Gravity, its will defied too long, would wait no more.

He reached for anything solid and found nothing. Sadness at lost opportunities weighed upon him more than fear. His twenty-three years of life would end as an irregular stain on the jagged brecciated rock two hundred feet below, a stain that would appear only after agonizing bounces off outcrops that would mangle his body on the way down.

There was nothing Charles Knight could do but die.

And the nearest person who would give a damn was 5,000 miles away.

“So. What do you want in life, Charles?”

His Uncle Maurice asked him this with the air of a wealthy man who knew the workings of the world. They were the first words that Uncle Maurice had ever said to him beyond a brusque grunt that served as an initial greeting. Charles had just turned thirteen, and it was both his first trip back East and the first time he had met his uncle, his mother’s mysterious—and reputedly dangerous—brother.

The boy sat in the great man’s luxury apartment among a bewildering assortment of financial newspapers and corporate reports, surrounded by walls sheathed with books. He’d been assigned one of the spare bedrooms and given to understand he could stay until the end of summer, or until he wanted to go back to Montana. Or until Uncle Maurice asked him to leave. Whichever came first.

Uncle Maurice was an intimidating man. He had a big head that Charles knew was filled with brains and packed with knowledge. And a formidable body that, though bursting with fat, was full of heart. Or so his mother used to say.

Charles shifted to sit upright on the couch, pushing aside some scattered debris of his uncle’s unkempt lifestyle. After a moment’s hesitation he looked at his uncle and replied simply, although his voice cracked with a combination of tension and the hormonal changes of adolescence.

“I want to live a good life.” He hesitated again. Then, eyes sparkling with more enthusiasm: “And an adventurous, maybe an exotic one.”

Uncle Maurice raised the eyebrows on his expansive forehead and pursed his lips between prodigious cheeks. His expression changed from one of brief surprise to one of interest, now studying his nephew with closer attention. He then followed his first question with a challenge.

“Charles, I expected less from a boy your age. I’m impressed. So I’m giving you an assignment. You will define for me, and for yourself, on paper and in detail, exactly what you mean by a good life.” Maurice paused for a moment and scratched at his round chin. “And tell me what you mean by exotic. These concepts aren’t normally mentioned together, certainly not by someone your age. The one brings to mind a monastery, the other a Bangkok cathouse.”

Because he was still in school—a situation that would not persist much longer—Charles was accustomed to teachers assigning mind-numbing fluff to no useful end other than to occupy his time. But his own uncle assigning him homework just wasn’t fair. It was summer vacation. His mother had died three weeks ago. He hadn’t come to New York to write an essay for this man. He came here because his father—consumed in grief—thought the time apart would be good for both of them.

“When is it due?” Charles asked, with just a touch of ill-concealed distaste. Based on his school assignments, he presumed a deadline for filling several pages with conventional thoughts in order to please a teacher who was herself just going through the motions.

Exploring the city from the top of the Empire State Building to the tunnels in the subway system had a lot more appeal than writing a paper. As did visiting the Natural History museum and studying the exhibits at his own pace without the distraction of other students. Or climbing into the torch of Lady Liberty—whether or not it was legal. What adventure would he have to sacrifice to write a pointless essay? This assignment would at the very least cause him to defer reading The Count of Monte Cristo, which he had squeezed into his travel backpack that morning before he boarded the plane.

But it turned out Uncle Maurice was nothing like those teachers. He was more like a co-conspirator.

“Charles,” the great man said, “you need to explore New York for now. First things first. Your assignment isn’t due tomorrow. Nor next week.”

That was a relief.

“In fact,” Uncle Maurice continued, “it’s not due until the day you’ve discovered the answers. It may take years, or decades. So you have plenty of time to think about it. I know you like books; I’ve got a good library here. I’ll give you a few to help you kick off the process.”

During the rest of the day—and the rest of his life—Charles Knight’s mind returned to this exchange. Perhaps it was because memories are profoundly imprinted during times of emotional stress. Maybe it was because this was the first connection with a man who loved his mother too, and who ached along with Charles. It wasn’t long before this spark from his uncle had ignited into a driving quest to explore what might constitute a life that was good. And adventurous. And exotic. And more.

What, indeed, was the meaning of life?

Uncle Maurice had issued that assignment ten years ago, almost to the day.

Charles Knight chanced one look down, past his sweat-soaked shirt, past his muddy pants, and past the tips of his boots that were unable to find purchase on the unstable, near-vertical rock face to which his hands desperately clung. Boulders that looked like teeth littered the canyon base far below. He was attached to the cliff by little more than friction. He would have a few seconds to contemplate his life while he fell to his death.

You’ve got to see this… It’s footage from Baltimore, Maryland, right on the front doorstep of one of our affiliate’s headquarters.

It’s really one of those things you HAVE to see with your OWN two eyes. Click here to see the CAMERA FOOTAGE… 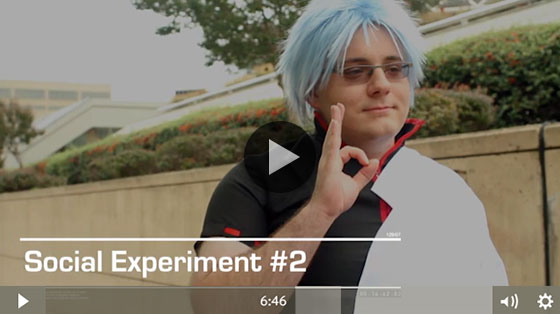