On February 23, I was in an online Sotheby’s auction waiting room…

But to my surprise, the seller withdrew the lot at the last minute.

Was it a painting by Van Gogh? Or a sculpture by Michelangelo? Or a photograph by Man Ray?

No, it was a series of 104 CryptoPunks, including the following digital images… 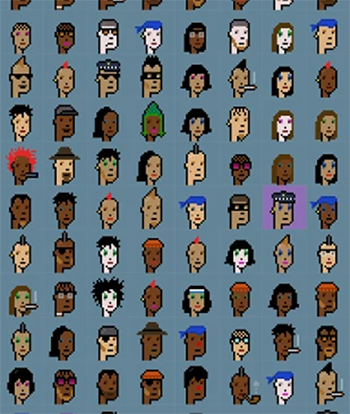 And right after Sotheby’s unexpectedly canceled the auction, the anonymous owner tweeted…

The owner decided to hold onto his CryptoPunks rather than sell (“hodl,” or Hold On for Dear Life, is a common reference to holding onto an asset in the crypto space).

We might never know if it was a publicity stunt or a genuine last-minute change of heart.

But one thing is certain: CryptoPunks (which are non-fungible tokens, or NFTs) have become collectible art on par with the world’s most famous paintings, sculptures, and photographs.

Just between March and August 2021… we saw a handful sell for more than $5 million each. One buyer even paid a then-record $11.8 million for a rare “Covid Alien” version at a Sotheby’s auction.

And prices continue to ramp up.

In fact, they just hit a high-water mark on February 12 when another CryptoPunk sold for almost $23.7 million.

But it isn’t just CryptoPunks.

All told, the auction house handled $100 million worth of NFTs in 2021 alone.

So wealthy investors are snapping up these blue-chip assets right alongside the world’s most famous collectibles.

That means these NFTs are here to stay… and prices could continue skyrocketing as more people understand what’s happening in the space.

The problem is getting access to this rapidly-growing market without paying hundreds of thousands of dollars – or more.

So today, I’ll show you how to buy CryptoPunks, Bored Apes, and other blue-chip NFTs for as little as $10 to $20.

Better yet, you won’t have to use crypto, digital wallets, or any other blockchain technology.

Beauty Is in the Eye of the Beholder

If you’re not familiar with NFTs, they’re digital tokens that allow you to trade all types of assets, including art, trading cards, and even music.

The tokens also prove the authenticity and ownership of assets.

Think of NFTs as digital certificates of authenticity wrapped with a hack-proof title of ownership.

Unlike a paper certificate of authenticity or title… blockchain technology protects NFTs from being hacked, tampered with, or changed.

CryptoPunks were some of the first NFT art ever made. Their creators, Matt Hall and John Watkinson, originally gave them away for free.

Today, the lifetime sales of CryptoPunks have already reached more than $2 billion.

And people have been making massive profits.

So someone got more than a 14,000x return in just five years.

And you wouldn’t be wrong for asking why anyone would pay that much for a pixelated digital image.

But critics have been asking the same question about physical works of art for more than a century.

From the moment these works hit galleries, skeptics derided them. Yet prices have been steadily climbing decade after decade. 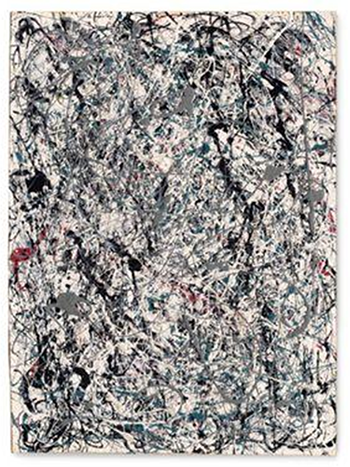 Could we see the same type of return from a $2 million CryptoPunk 20 years from now?

Beauty (and value) are in the eye of the beholder.

I’ve talked about “fractionalization” in other Daily articles. (See here, for example.)

With fractional investment, the owner of an asset can list it on a platform… and offer shares (or fractions of the asset’s worth) to investors.

It’s a game-changing development for all types of collectibles, including cars, watches, sports cards, comic books, and wine.

And it’s now used on NFTs like CryptoPunks and Bored Apes, too. That gives you the chance to buy shares in these blue-chip assets with as little as $10.

It’s worth noting that you can use NFTs to fractionalize assets, including physical items as well.

But there’s an even simpler and safer way to buy digital collectibles: Regulation A+ listings.

Reg A+ deals allow private companies to raise money from accredited and non-accredited investors. And companies can use them to fractionalize assets like vintage cars, rare artwork, and even digital collectibles.

That means these investments have federal oversight. So you have more financial protection than you might get through crypto exchanges and other online marketplaces.

Under the Reg A+ arrangement, an LLC holds the investments. And each asset is held in a separate legal entity with its own bank account, balance sheet, and shareholders.

You can also buy these shares with cash. You don’t have to convert your money into ether (ETH) or any other crypto to get a stake in these NFTs.

So, you don’t need a crypto wallet… private keys… or any other blockchain-related technology.

Instead, you can buy and sell your stakes through platforms that act just like traditional stock exchanges.

It’s the perfect way to speculate on the hottest digital art without having to commit serious amounts of time, effort, or money.

Several platforms make it extremely easy for you to get started. And we’ve named two of the best in our flagship Palm Beach Letter.

(Paid-up readers can read the issue right here. If you’re not a subscriber, click here to learn how to become one.)

If you want to get involved in the world of blue-chip NFT artwork as cheaply and easily as possible, this is absolutely the best way we’ve found.