Nick’s Note: Our Palm Beach Research Group subscribers have made life-changing gains following our cryptocurrency recommendations. That’s because we spend thousands of dollars and hundreds of man-hours researching the entire market to find the most profitable ones… We also put in safeguards to protect our downside.

We do all of this because it works… But what happens when you don’t follow our game plan? My colleague Greg Wilson, one of our in-house crypto experts, shows you below…

Jay looked down at his crypto portfolio. Six weeks earlier, it stood at 632 bitcoins. Now it was just 215.

This wasn’t just from a fall in prices. But rather one trading mistake after another.

You might be surprised it’s even possible. Bitcoin is up 700% year-to-date. And the entire cryptocurrency market is up 1,150%.

So how did it happen? According to Jay (name changed due to privacy concerns):

“It was pure greed.”

As I’ll explain in a moment, Jay made every mistake in the book.

Each mistake compounded the previous one.

And in the end, Jay’s portfolio dropped by two-thirds in just a few short weeks.

I’m telling you his story so that it doesn’t happen to you.

I’ll go over what Jay did wrong. And I’ll show you what we do at the Palm Beach Research Group (PBRG) to avoid those mistakes.

The Mistakes Add Up

The story starts in May of this year. That’s when Jay started buying bitcoin.

He continued to buy into June. And eventually, he ended up with 632 bitcoins worth roughly $1.7 million.

The plan was to hold forever.

But then, Jay decided to give “altcoins” a try. With no research and no plan, he started buying. (An altcoin is a cryptocurrency that’s not bitcoin.)

His first couple of investments went up right away. So, Jay kept buying.

By the end of June, every last bitcoin had been invested into alt coins. The problem: It wasn’t the greatest portfolio in the world.

Some of the coins I’ve never even heard of, like Crown (CRW). And just three accounted for 80% of the portfolio.

So, when the crypto market crashed in July, Jay got crushed. And by mid-July, he had lost 66% of his portfolio—about $1.3 million at the time.

The amount of bitcoin he lost is now worth $6.1 million.

Let’s see what Jay did wrong. And how we do it differently at PBRG.

Randomly Buying Is Not Enough

If you’ve been with PBRG for a while, you’ve likely identified all the mistakes. But let’s go over them just to make sure.

That was to buy and hold bitcoin. But it quickly went out the window once Jay got a taste of altcoin trading. That was his first mistake.

Jay’s next mistake was not doing any research.

How can you make an effective decision when you don’t understand what you own? You can’t.

The mistakes compounded from there. He kept buying more of the altcoins he owned, chasing the prices as they went up. And three of his positions accounted for 80% of his portfolio.

Let’s see how we do it differently.

The Rational Way to Invest in Cryptocurrencies

At PBRG, our goal is to build a diversified portfolio of cryptocurrencies. It’s been the same plan from the beginning. And it has served us well. Our long-term portfolio, for example, has average open gains of over 2,200%.

When we buy, we’re not throwing darts at a board. We put in hundreds of hours vetting our recommendations. We know what we own. And we can make effective decisions that way.

And we use uniform position sizes. In other words, we invest the same amount into each position. That way one bad position can’t ruin our portfolio.

We do all this because it works. If you had invested uniformly across all of our long-term crypto picks, you’d be sitting on an average gain of 2,200% right now.

Plus, you would have recouped 75% of your original investment from our small, select sales.

Jay’s story can be summed up in one word: irrational. He got caught up in the hype and then made one mistake after another.

His story is a good lesson in how not to invest in cryptocurrencies. We don’t want you to make the same mistakes.

That’s why we go to great lengths to help you manage risk and maximize your returns.

Just how important is it? Do you remember Jay’s original plan? That was just to buy and hold bitcoin. Had Jay stuck to his plan, he’d be sitting in a portfolio worth $6.1 million.

So, if you don’t want to end up like Jay, do the following:

To learn more about a subscription to The Palm Beach Letter, click here.

How to Trade on Friday’s Jobs Report

The stock market didn’t do much of anything Wednesday.

The S&P 500 rallied a few points higher. Then it drifted a few points lower. The index tested the support of its 9-day exponential moving average (EMA). And, by the end of the day, it closed basically unchanged.

The bulls look at this sort of consolidating action and say, “See, the sellers don’t have any momentum. The trend is still strong. The S&P is still holding above its 9-day EMA.”

On the other hand, the bears say, “This action is just working off the short-term oversold conditions. The market is building energy for the next move that takes out support and pushes the market sharply lower.”

Today, we get the November jobs report number. That report could provide a catalyst to move the market one way or the other.

Then next Wednesday, we get the FOMC announcement on interest rates. That event could also create some volatility.

The typical pattern going into an FOMC announcement is for stocks to decline on the Friday and Monday before the announcement and then rally on Tuesday and Wednesday.

So, here’s how I plan to trade the market going into these events…

If the stock market gaps higher this morning, then it’s going to set up a terrific short-selling opportunity. We’ll have the reversal pattern of the jobs report in play, and we’ll have the potential for the pre-FOMC meeting weakness. A gap higher today gives traders a lower-risk setup for a short trade on the broad stock market.

If stocks gap lower in reaction to the jobs number, then I won’t do anything today. I’ll count on the traditional pre-FOMC meeting weakness to carry into Monday. Then I’ll look for short-term oversold conditions to provide a solid long-side trade setup in anticipation of strength on Tuesday and Wednesday.

That’s my game plan for now. It’s neither bullish nor bearish. It’s reactionary, and it’s based on how the market has behaved previously in these circumstances.

There’s no guarantee that it works out well, of course. But, when the market direction is a coin toss, using previous patterns to define lower-risk/high-probability trade setups can provide just enough of an edge to help turn a profit.

P.S. One of the best things about my Delta Report strategy is that even in these “coin toss” conditions, we still find great contrarian opportunities with low risk and high upside.

But at the same time, the Delta Report isn’t a “trade of the week” service. We don’t make trades unless they meet our strict criteria for big, short-term wins. That’s why we’ve had such a successful year. And I think next year’s going to be even better.

To learn more about a subscription to the Delta Report, click here.

Bitcoin is skyrocketing. But this Silicon Valley expert says that 99% of investors are missing the real story…

It’s the technology behind bitcoin, not the cryptocurrency itself, that will change the world. And this expert has found a way for readers to invest in blockchain technology without purchasing a single bitcoin. Read more here. 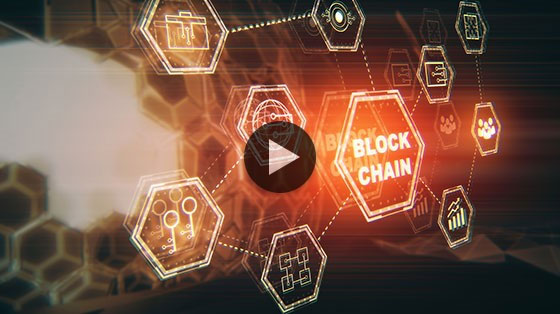