As a kid, my first “business” was buying and selling baseball cards.

My parents were heavy seed investors. And it wasn’t very profitable…

I’d go to card shows to sell my collected cards. After every successful one, I’d “reinvest” any profits in more cards, hoping my empire would grow. In that regard, my business wasn’t much different from Tesla or Uber. (What can I say? I was ahead of my time.)

Now, my favorite was a 1985 Topps Olympic Mark McGwire rookie card. I bought it before he and fellow slugger Sammy Sosa reinvigorated baseball with their famous home run derby in 1998.

Young Nick just didn’t know the first rule in making money on collectibles. And I’ll share that with you in a bit. But first, here’s why we’re talking about collectibles…

Not Just a Hobby

Like traditional asset managers, we allocate to cash, bonds, and stocks. But we also invest in precious metals, annuities/life insurance, real estate, and private businesses, too.

And we generally allocate about 5% of our portfolio to chaos hedges like collectibles. (Chaos hedges act as “disaster insurance” to protect against possible future market crashes.)

You see, even a small percentage of wealth to these assets can make you outsized gains.

Millionaires and celebrities have been enjoying and profiting from them for years.

Classic cars have risen in value for the last 30 years. And during the 2008 financial crisis, the smart money flowed into this safe-haven asset.

That’s because collectibles like classic cars are uncorrelated to other assets. They’re hard assets that maintain their value—which is why they’re part of our PBRG asset allocation model.

However, Teeka says not all cars are collectibles. Nobody’s investing in a 1990 Ford Tempo or a Toyota Corolla. There’s too many of them made.

So you have to look for cars that are rare and in demand. And the same rule applies to baseball cards (or any other collectibles, for that matter).

To find out how much some of the rarest cards are worth, I reached out to Michael Hogue of the T206 Society. (You can visit the society’s website here.)

Collectors consider the T206 cards as fine art. One private collector even paid a record $3.12 million for a T206 Honus Wagner card in 2016. 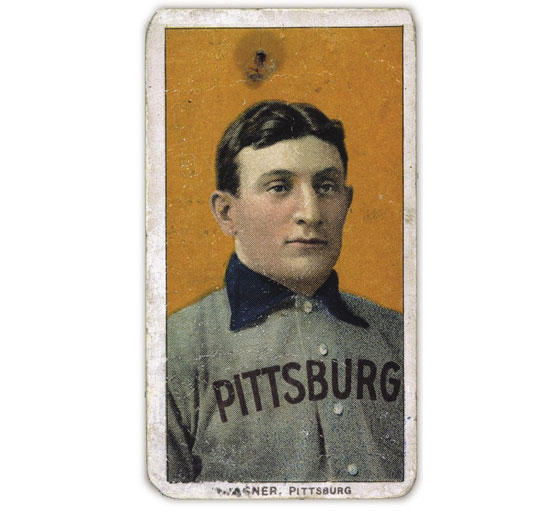 An example of the Honus Wagner T206 baseball card

Michael told me that a mint-condition, professional-graded Mark McGwire Olympic card (like I had as a kid) sold for thousands of dollars in the late 1990s.

But now, it’s worth only $5 since so many were made. Plus, baseball purists soured on McGwire and Sosa—who were both central figures during baseball’s steroid era.

In fact, Michael told me baseball cards printed after 1960 won’t increase in value like the rare T206 cards. Too many were made, and collectors saved most of them. So the demand is scarce.

But if you want to collect cards of modern-era athletes, look for special edition “inserts.” For instance, a rare 2000 Tom Brady rookie insert sells for $500,000 on eBay.

Michael’s advice: “If you’re smart, buy collectibles you like that can’t be reproduced. And buy old and iconic ones.”

Turn Your Passion Into Profits

With all the volatility in the stock market, it’s important to diversify your assets. And investing in collectibles is a great way to do so. It’s how some of the richest people on the planet have grown their wealth.

Plus, just think about how much fun you’ll have at your next cocktail party…

While others are talking about their latest stock picks, you can casually mention the vintage Porsche Turbo you just invested in—or the red-back Ty Cobb card you sold for thousands of dollars.

So the next time you clean out your attic or basement, do a bit of treasure hunting. You never know what type of collectible you may find.

P.S. In the Daily, we’re always looking for ways to level the playing field between the rich and the not-yet-rich. And in the past, investing in collectibles like baseball cards or classic cars was a rich man’s game.

But now, Teeka has found a way for ordinary folks to get in on the classic-car craze for as little as $50—without any of the hassles of titles, tags, insurance, and storage.

Plus, you’ll learn how to invest in other highly profitable alternative assets like cryptocurrencies, artwork, and even barrels of whisky.

Meanwhile, do you already collect cards or cars? Or maybe you plan on starting your own collection soon. Even if you don’t, let us know what your favorite collectibles are right here…