That’s what host Charles Payne called me when I appeared on his Fox Business Network show in August 2011.

You see, I’d appeared on Making Money with Charles Payne earlier that year in June. And Charles and his co-host had quizzed me about the best investments at the time.

“Paint me yellow and call me bananas,” I’d told them on the live June broadcast, “but I think Treasuries are a place where you can put some money right now.”

Two months later, Charles invited me back on the show. And he opened the segment with:

Teeka, you were on not too long ago, and you hit a couple of home runs there. You were right on just about every single thing. In fact, before we start, I’m going to give you props…

Then, he turned around and called me “The Big Yellow Banana.” 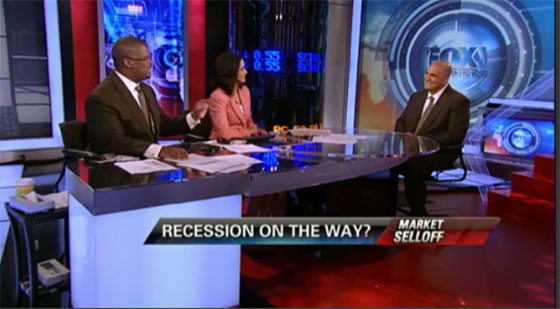 My appearance on Fox Business Network on August 10, 2011

Being called “bananas” on live TV didn’t bother me, though.

In fact, I have a 20-year track record of making unpopular—but correct—market calls. Despite getting mocked on live TV, I’ve stood firm.

For example, during the 2008 crash I appeared on ABC’s Nightline with Bill Weir. In the interview, I pounded the table on shorting the market. (Shorting is a way to make money from falling stock prices.) 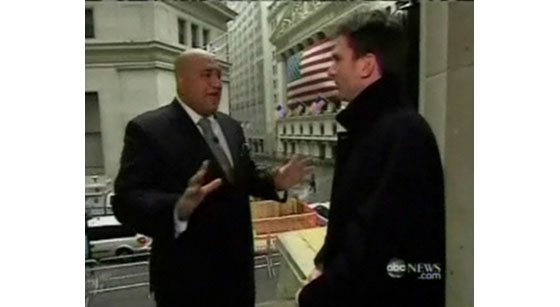 My interview on ABC’s Nightline

Now, being the guy with the least popular idea is usually a sign I’m on the right track. It’s a price I’m willing to pay in the pursuit of spectacular returns.

And today, I’ll tell you about another little-known idea I’ve found that can make you life-changing gains. But first, let me go over a few of my biggest calls…

A History of Contrarian Successes

Throughout my career, I’ve made millions for my clients—and grown my own wealth along the way…

You see, even though I spent 15 years on Wall Street, I’ve always felt like an outsider. It might be because of my background growing up in the UK foster care system.

But I believe it helps me think differently. And that’s what has made me so successful.

Look, I’m not mentioning all this to brag. Instead, I want to make a simple point: Investing in what’s popular rarely ever works. That’s why I usually avoid the consensus trade.

By the time an idea is popular, everyone is in it. So all the value is gone. It’s the little-known or unpopular ideas that have the greatest upside.

But here’s the thing… What you invest in isn’t the only key. When you invest is just as important. And that’s why I want to tell you about my latest venture…

I’m talking about private markets. For years, Wall Street has walled off this $5 trillion pool of capital from ordinary investors.

Venture capitalists (VCs) invest in these private placements all the time. And over the long term, VC funds vastly outperform public market indexes.

So it’s no wonder Wall Street wants to keep these “sweetheart deals” away from the public.

They’re usually made on private golf courses and private jets… or in reserve boxes at sporting events and top-floor meeting rooms at five-star hotels. If you’re not part of the financial elite, you can’t get in on them.

But all that’s changing…

Just a few years ago, the Securities and Exchange Commission (SEC) adopted new rules to allow non-millionaires to invest in sweetheart deals.

Of course, a big bureaucracy like the SEC moves slowly. So it just adopted the final rules in December 2018. And new private placements available to the public are just coming through the pipeline.

Now, it’s not easy to find these private companies. You can’t just sit in front of your computer and type in stock tickers. You need to interview executives… visit facilities… and dig into financial statements.

But it’s worth it for the chance of making life-changing gains.

And recently, my team and I uncovered a private California cannabis company that’s accepting allocations for a private placement.

This is an urgent opportunity… By locking in your allocation early, you can be in a position to secure these first-come, first-serve shares.

I can’t reveal too many details because it’s raising a limited amount of money… But you can learn more right here.

P.S. Like I said, I recently uncovered this sweetheart deal where you can invest 50 cents for a company that plans to go public at $1—and could trade at $20 or more in the coming years.

It’s a limited opportunity and it closes for good tomorrow at midnight. So you must act now. You can find all the details right here.