Nick’s Note: At the Daily, we usually ignore the mainstream media because they either miss the big picture or sensationalize stories with fear-mongering headlines.

But why do the media seem to dislike free-market ideas so much?

For insight, I called PBRG friend and 19-time Emmy Award winner John Stossel—one of the leading free-market proponents in the country—to get his take…

Nick: Why do the media seem to hate free-market ideas so much?

John: Well, this is the riff of the speech I plan to give at your upcoming Legacy Investment Summit in October. I couldn’t figure out why the media were hating on me. I’m not even conservative. I’m a libertarian who believes in letting people be.

But I think the media see business as a win-lose proposition. They think that if someone makes a profit, then somebody, somewhere, must have lost money.

It’s tough to get your brain around how free trade and voluntary commerce is win-win.

Take Steve Jobs, for example. He made billions of dollars… but he didn’t take anything from us.

It’s not like there was already a pie and he took a bigger piece of it… He had to bake a billion new pies to get his wealth.

And that’s not intuitive.

That may not be a great explanation, but it’s the best I can do.

Nick: I think that makes a lot of sense… I’ve always wondered why 80–90% of the media lean liberal.

John: Well, there have been polls that show the number is higher than 90%.

But as a journalist, when you start your career, you get an assignment. For example, your editors will tell you to go to Milwaukee and cover a disaster there.

You don’t know anybody in Milwaukee. You didn’t witness the disaster. So who do you go to? You go to the mayor and the cops… You go to the authorities.

All of your career, you’re building relationships with government officials. You begin to assume that the government runs everything.

It’s easy to cover police action. And it’s easy to see government authorities helping people out of a predicament.

It’s impossible to cover the invention of Google or Facebook. You’re not aware of it because it’s happening around the country in little basements.

Plus, a lot of businesses are fearful to talk to reporters.

Nick: Why are they afraid of talking to reporters?

John: They’re afraid that the media will inadvertently tip off their competition… or worse, construe their messages into something negative.

When you see government authorities working to help all these people out, you begin to think they can fix anything. When the problem of inequality comes up, you believe they can fix that, too… But that’s a problem the government can’t fix.

The constant contact with government officials plays a large part in how the media get conditioned.

Nick: That makes sense… How difficult was it for you to go against the grain of mainstream journalism?

John: It was very difficult. At one point in time, when I was a liberal consumer reporter, my peers voted for me to win awards.

But when I started to cover free-market, libertarian ideas… things changed. I was shunned. And I no longer won any awards.

So it’s been tough. But I feel a duty to share the beauty of the free markets with the public. It’s clear we’ve been better off because of free markets.

As I told you last month, individual entrepreneurs have given us all the good things we enjoy… like air conditioning, flushing toilets, computers, cigars, and supermarkets.

I think the free market will provide us with most—if not all—of the significant technological advances going forward.

That’s why I feel a duty to try educating the public about free markets.

Nick: Thank you for taking on the burden of sharing the virtues of free markets. I’m looking forward to seeing you at the Legacy Investment Summit.

Nick’s Note: From October 17–19, John will join 15 of the brightest minds in the financial world at our first-ever Legacy Investment Summit in Bermuda.

This is a world-class destination with all the essentials for an amazing vacation… beautiful beaches, a picture-perfect golf course, scuba diving, fishing, jet skiing, oceanfront tennis, and so much more.

One transaction this Kansas farm boy found turned a very small stake into $64,250 in just 48 hours. 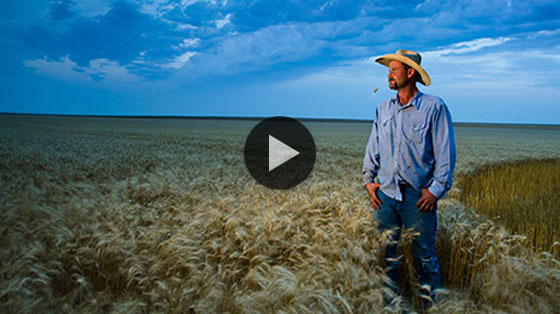