Editor’s Note: Legendary international speculator Doug Casey and globetrotting crisis investor Nick Giambruno recently visited the island of Haiti. In today’s Daily, Nick shares some of the opportunities he and Doug found in the crisis-stricken country…

Recently, I left the worst place in the Western Hemisphere…

Haiti is a scene of unending human tragedy. It’s by far the poorest and most messed-up country on this side of the globe.

Most Haitians live on about $2 a day. Malnutrition and disease are rampant. Over 40% of the population is illiterate.

The misery there is simply on a different level. 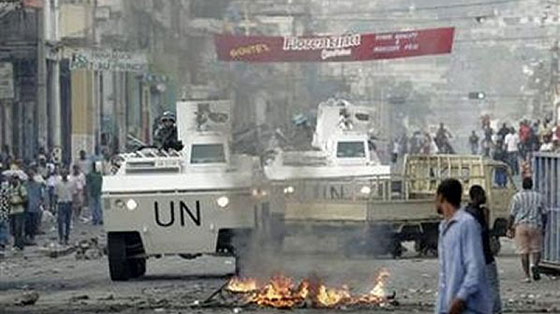 Haiti is full of crises, but also investment opportunities

Look at any international ranking, and Haiti is always at the bottom. It’s the last place anyone would think to visit, let alone invest in.

That’s a big reason why I went.

Anyone can go to France, or England, or Germany. Big deal.

Plus, strange countries with bad reputations are exactly the places a crisis investor should visit. The world’s most bombed-out, hated, and depressed regions can offer life-changing contrarian investment opportunities.

Seeing these places firsthand also gives us valuable insight into what really happens when an economy totally collapses.

That’s why I fly around the world with Doug Casey, chasing economic collapse, civil unrest, revolution, war, and geopolitical turmoil.

Haiti is just our latest stop. 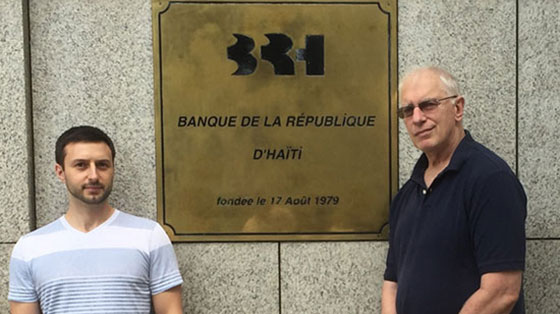 Nick Giambruno and Doug Casey at the central bank of Haiti

Doug and I were also in Haiti to pitch radical free market reforms to the highest levels of the Haitian government. This is a country with terminal cancer and multiple gunshot wounds. Band-Aids won’t do the trick.

One of the ideas we discussed was economic citizenship.

It’s well-known that countries like Saint Kitts, Dominica, and Malta have official, legal programs to sell their citizenship and passports to foreign investors. But the whole concept is rooted in Haiti.

During World War II, Haiti offered a way out of Nazi Germany after many other doors had closed.

Those who could afford it could buy Haitian passports and escape Europe. For many, this was literally a matter of life or death.

This program eventually led to a booming multibillion-dollar industry… just not in Haiti. Unfortunately, the country’s politicians dropped the ball.

Today, Haiti is completely missing out on the economic citizenship industry it helped create. And, needless to say, it needs every penny it can get.

Granted, a Haitian passport isn’t some grand prize. But it still gives you numerous political diversification benefits and visa-free travel to around 50 countries.

That’s far fewer places than the first-tier economic citizenship programs. However, this just means a potential program for Haiti would have to cost less. But it could still bring in a significant amount of money to the country.

If the government executed it properly and made a diplomatic push to increase the number of countries with visa-free entry, the program would be even more profitable.

Seventy years ago, Singapore, Hong Kong, and Haiti were all at about the same economic level. Now, Hong Kong and Singapore are some of the richest places on the planet.

This shift did not happen by magic. It was simply a matter of protecting property rights, keeping taxes and inflation very low, and minimizing red tape for businesses.

Haiti did the exact opposite. This is a big reason why the situation there is so bad… and only getting worse.

It’s also a big reason why the country has almost no industry. Besides rum and some clothing, Haiti produces nothing.

There’s prospective terrain for mining, but the suffocating bureaucracy makes it impossible.

Imagine a country where nobody can identify who owns what, addresses cannot be verified and the rules that govern property vary from neighborhood to neighborhood, or even from street to street.

De Soto developed a simple shortcut to figure out who owns what in chaotic places like Haiti. You know when you’ve crossed onto someone else’s property when a different dog starts barking.

The state doesn’t know who the real owners are, but the dogs do.

Haiti’s only possible hope is for someone to take a machete to this bureaucratic Gordian knot. Gradual half measures won’t work.

That’s what Doug and I explained to the Haitian government. This sort of radical change would be in its own interest to help it survive.

The basic plot never changes in Haiti. The Haitian people get sick of their corrupt and incompetent rulers and violently rise up. The pattern has repeated itself over and over again. And, unless there are drastic changes, it will happen again.

P.S. A second passport is the ultimate insurance policy against an out-of-control government. Think of it as your “freedom insurance.”

Among other things, having a second passport allows you to invest, bank, travel, live, and do business in places you wouldn’t otherwise be able to.

Obtaining a second passport is a fundamental step toward freeing yourself from absolute dependence on any one country. Once you have that freedom, it’s much harder for any government to control your destiny.

Doug Casey has made a fortune on some of the world’s smallest resource stocks by using a method most people have never heard of before… which he’ll share with you immediately. 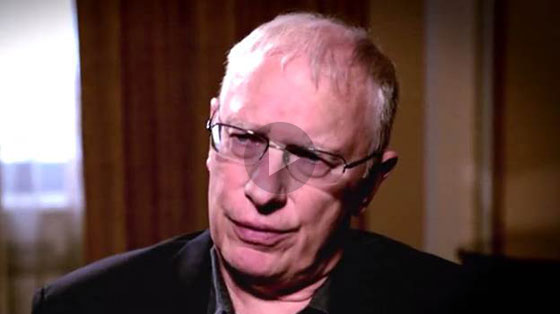