But right now is the best time to own stocks.

And we all know how that turned out. In 2000, the bubble burst and the market collapsed by 50%.

But this time, things are different. And here’s why…

There’s a “hidden force” at work in the economy that most people aren’t aware of. In fact, it acts like a “stealth tax” on most of your assets.

One exception is stocks.

In a moment, I’ll show you why stocks will shield you from this stealth tax… But first, let me reveal what this wealth-stealing force is…

Beware of This Slow-Moving Force

The hidden force I’m talking about is inflation.

Most people don’t pay attention to inflation. It isn’t as spectacular as a market crash.

But over time, this slow-moving force can destroy more wealth than any fallout in the markets.

Inflation is simply a rise in the price of goods and services. Sometimes, the rise can be rapid, as in hyperinflation. But generally, the rise in prices is so gradual that most people don’t notice it.

Here’s the thing, though. Inflation doesn’t just increase prices. It eats away at wealth. That’s why it’s sometimes referred to as a “stealth tax.”

And this tax is increasing.

A common way to measure inflation is the Consumer Price Index (CPI). And as you can see below, it’s on the rise. A Stealth Tax on Wealth

To build long-term wealth, you need to do one thing and one thing only: Earn a higher rate of return than the inflation rate.

Otherwise, your assets will lose money. Here’s an example…

Over the past 100 years, the average annual inflation rate has been 2%.

That’s why inflation is like a stealth cash tax.

Now, you could put your money in a savings account. But you’d be lucky if you can find one that pays even just 1% interest.

Government bonds are another safe alternative. But you’d have to lock your money away for at least 10 years to get a return higher than 2% on government bonds.

And if you have an annuity that guarantees you a specific payout, that payout loses an average of 2% of its current value every year.

As you can see, many “safe” assets will be stealthily taxed by inflation.

However, the S&P 500 has returned an average of 7% annually over the past 20 years. That more than beats the average rate of inflation.

Bottom line: If you want to beat inflation, there are no alternatives to stocks. They’re the only asset class with a fighting chance to beat rising inflation.

And as long as inflation is on the rise, investors will continue to pile into equities. We don’t know how high the market will go. But it will go higher than anyone expects.

Just be careful with what you select. You can do that by following these two strategies.

Coal shares are breaking out…

We’ve been telling you to find companies ready to succeed if President Trump is able to enact his policies. And one industry set to thrive is coal.

Trump has already rolled back Obama-era environmental regulations that put a cap on carbon emissions.

And so far, that’s boosting coal… The VanEck Vectors Coal ETF (KOL) just broke out to a new high (see chart below). If Trump enacts more policies that are good for coal, look for this trend to continue.

Robots Target Wall Street: Factory workers and fast-food cooks aren’t the only ones under the threat of automation…

BlackRock is the world’s largest money management firm. Last week, the company said it plans to replace about 13% of its portfolio managers handling $30 billion worth of assets with “automated solutions.”

In other words, it will use computers to pick stocks. Looks like blue-collar workers might find a new ally from the white-collar world.

A New Way to Register Real Estate: Sweden has launched a pilot project to register land titles on the blockchain. The blockchain uses codes to record transactions. Once a transaction has been entered into this digital ledger, it cannot be removed. And it will always be traceable.

The project is in its third and final stage of testing. If the project is successfully implemented, Sweden says it will save taxpayers $100 million annually due to less paperwork, less fraud, and faster transaction times.

Blockchain Continues to Go Mainstream: Add communications giant Verizon, chipmaker Intel, and airline JetBlue to the list of big companies jumping on the blockchain bandwagon. All three have launched venture arms to invest in blockchain technology.

Verizon’s venture arm just closed a $15 million funding round. Each of the three companies believes the blockchain can increase efficiency and save money. We continue to pound the table on this trend because it’s about to take off.

Editor’s Note: The growing use of cryptocurrencies and blockchain technologies could be the biggest tech trend ever—even bigger than the internet and tech boom of the late 1990s. That’s why next week, the Daily will run a special series sharing our best ideas to profit from this new technology. You won’t want to miss it.

From George B.: Hi, Teeka. I was excited to read that you have developed a system for optimal timing of investment into cryptocurrencies. Please send me the full scoop! Thanks.

From Jay R.: I know you’ve recommended wallets to store bitcoin and your other recommendations. Knowing the nature of these exchanges makes me nervous about keeping the coins stored there. Are you looking into options for storing these coins off the exchanges?

Editor’s Reply: Palm Beach Letter editor Teeka Tiwari informs us that he’ll be holding a special training session on cryptocurrencies next week. He’ll go over which exchanges to use, how to set up a trading account, and much more. We’ll keep you posted… so stay tuned.

President Trump says the Obama administration spied on his campaign. And the Democrats say Trump is in league with Russia. These are the signs of a serious civil war inside the Deep State.

Reading the newspapers won’t explain how this war is being fought. If you really want to know who’s fighting this secret civil war and why, click here. The outcome will determine the fate of our economy for the next several decades… 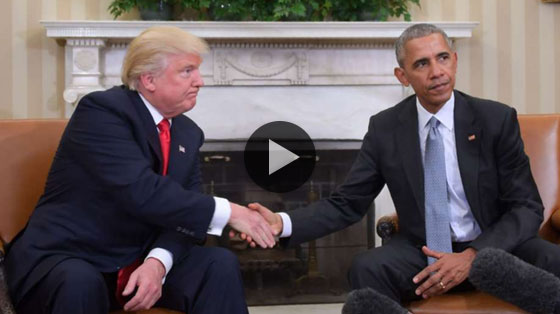