Peter Lynch is famous for coining the term “10-bagger.”

A 10-bagger is a stock that rises 10 times in value after you buy it.

Lynch even wrote a book about finding these elusive types of stocks called One Up on Wall Street.

Now, Lynch is worth listening to and his book is worth reading.

That crushed the S&P 500, which averaged 16% annual returns over the same span.

Wall Street would have you believe that the best way to make life-changing wealth in the markets is to find stocks with the potential to turn into 10-baggers… and hold on to them for years.

That thinking is wrong.

In fact, Lynch held on to his single stock positions for an average of only four months. That’s usually not long enough to collect 10 times your money on a single position.

The truth is, if you want to generate higher returns in a shorter amount of time, like the pros, you’ll need to be a much more active trader.

We’re not saying there aren’t any 10-baggers out there to be had. (Our colleague Chris Mayer, a top analyst at Bonner & Partners, is one of the best at finding them.)

But not everyone has the expertise or patience to find 10-baggers.

So if you prefer to make 29% annually rather than waiting on the rare 10-bagger, we’ll show you a couple of strategies that can help you become a better active investor.

There are different levels of active trading—but we’d say most active traders evaluate their portfolios at least monthly.

On the other hand, passive investors generally buy stocks and hold them forever… or buy index funds that track the market.

Both strategies can beat the overall market. But if you want to make superior gains like Lynch, the active route is the way to go.

Lynch’s strategy would have made you almost five times your money. And it’s not that hard to adopt it…

There are a couple of strategies you can use to become a more active trader.

The first is to follow the big boys. You can do that by reading their 13F filings.

The SEC calls it a 13F filing. These reports are public record. So you can look at them yourself and see what funds are buying and selling and follow suit.

If you want to read through the 13F filings yourself, check out WhaleWisdom or GuruFocus.

If you don’t want to track 13F filings, another simple strategy is to follow our PBD Elite 25. Each month, we update this portfolio. And all it takes is about 30 minutes per month.

These two strategies will help you become a more active investor… and make you more money in the markets.

Interest rates are at a critical level…

The 10-year U.S. Treasury is the benchmark for long-term interest rates, including mortgages and corporate debt. And right now, the yield is sitting on its support level of 2.3%. This level has held since the presidential election in November. And it looks like it will hold again.

If it does, that means yields will head up again and bond prices will go back down. This is a good spot to reduce some of your bond exposure.

Sounding the Alarm: One of Donald Trump’s campaign pledges was to implement a border tax on imports to the United States. Well, there’s been pushback from some of the country’s biggest companies. Import-heavy companies like Walmart, Target, and Nike have unleashed a wave of lobbying against the White House’s proposed “border-adjusted” tax. So far, lobbyists have made 10,000 calls to congressional offices opposing the tax.

Retailers, automakers, and apparel companies are worried the tax will raise prices and hurt their bottom lines. In fact, retail stocks have declined this year while the overall market hit new highs. We’ve been warning that border taxes and tariffs aren’t good for the economy. And the biggest losers could be the American consumer.

If You Can’t Beat Them, Join Them: Increased automation across the economy has many people worried that robots will eventually replace human workers. Well, one Swedish company named Epicenter seems to have found a solution to that problem: turning humans into cyborgs.

Epicenter is offering to implant its workers with microchips the size of grains of rice. The chips function as swipe cards to open doors, operate printers, or buy smoothies with a wave of the hand. The technology itself is not new. The chips have been used for years as virtual collars for pets. It’s just never been used to tag employees before. Will turning humans into cyborgs be the best way to compete against robots? Let us know right here.

An Economic Doomsday Device: All across the banking world—from commercial loans to leases and real estate—credit is collapsing. If new loans aren’t made, the supply of credit money will contract. With more than $200 trillion in outstanding debt, even a soft contraction could lead to a worldwide depression. Longtime PBRG friend Bill Bonner calls this potential contraction a “doomsday device” embedded in our economy. You can read more about it right here…

From George W.: I find the “nerd war” between two bitcoin factions interesting. I will hold off on recommended purchases until you folks can give some more intel on the recent developments. Perhaps a drop in bitcoin could signal a buying opportunity for other cryptocurrencies… and even bitcoin when the dust settles.

From Harold E.: Kudos to Teeka Tiwari and the crew at The Palm Beach Letter for their great work with cryptocurrencies this past year. I found the concept interesting. But I’m a 70-year-old non-techie and needed someone to take me by the hand and walk me through every step of a very complicated process.

From Windell B.: Just finished reading Nick Rokke’s fine essay on how banks are ripping us off (“The Big Short 2: How to Bet Against the Canadian Real Estate Bubble”). Now this problem has spread from Wells Fargo to major banks in Canada. Why are so many businesses losing their integrity—if they ever had any? So sad.

Longtime PBRG friend Porter Stansberry is exposing a government program so dark and secretive that even divulging its name is a crime punishable by at least 10 years in a secret prison.

His intelligence suggests we’re about to witness the biggest and most important battle in the secret civil war unfolding between the new president and the “Deep State.”

Porter’s holding an emergency briefing tonight at 8 p.m. ET. And he’s inviting all Daily readers to listen in.

You can reserve your spot by clicking here… 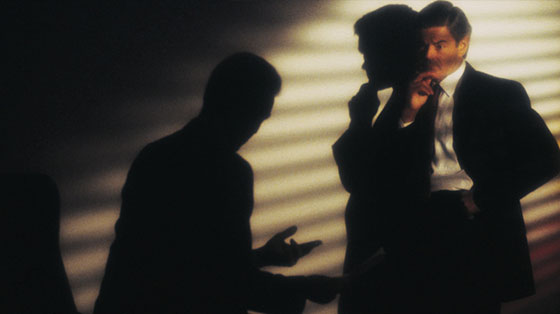