As we enter spring, it seems that “Crypto Winter” is beginning to thaw. So I got ahold of world-renowned cryptocurrency expert Teeka Tiwari to see what comes next…

Nick: T, bitcoin is up about 20% since April 1. But could its big rally just be a one-off event?

Teeka: There are all types of unsubstantiated rumors right now about what caused the rally—but I won’t lend credence to any of them here. What’s important is that after an 18-month bear market, we’ve finally seen bitcoin break out of its downtrend.

And I don’t think it’s a one-off event because bitcoin blew right through its old resistance levels on massive volume. Plus, we saw volume increase in alt-coins, too. That means this was a broad-based rally—and that’s very bullish.

Nick: Why do you think so?

Teeka: Last month, I told you we were starting to see institutions dip their toes into crypto. And it’s this beginning trickle that’ll turn into a tidal wave…

For example, Facebook and JPMorgan Chase plan to launch their own internal tokens. The fact that this technology is getting co-opted by some of the biggest players on Wall Street and in Silicon Valley is very positive for the crypto space.

Facebook alone has 2.3 billion users it’ll need to educate about crypto coins… how to use them… and how to store them in wallets. And that’ll essentially grow the entire market for—and enable widespread adoption of—true crypto assets like bitcoin and ether.

Nick: So does this mean the crypto bear market is over?

Teeka: We’re finally starting to see some real signs of life come back into the crypto market. After 18 months of lower lows, bitcoin and the broad crypto market seem to be getting ready to emerge from Crypto Winter.

We’ll still have volatility, but I think we’ll look back at this time as a turning point in the market—when the trend went from bearish back to bullish.

Nick: And what should crypto investors do now?

Teeka: The move above $5,000 has finally broken down bitcoin’s trend line that was in place since early 2018. And it’s a sign of an emerging trend change from bearish to bullish.

Right now, I’m telling my subscribers that the time has come to start judiciously adding to some of our open positions and lower our overall cost basis.

Investors will sometimes “double-down” when an investment they own goes lower, but they still have strong convictions of its upside potential. This lowers the average cost basis across their old and new positions and increases their exposure.

That would double your position size… and lower your cost basis to $137.50. The lower cost basis means the stock doesn’t have to rise as much for you to make your money back.

The drawback of this, though, is you have to come up with another $10,000. So you’re increasing your risk by an additional 57%. That’s a lot of extra dollar risk.

But with crypto, you don’t have to commit thousands of dollars to lower your cost basis. You can use crypto’s volatility to your advantage.

Teeka: Because prices dropped so low during the bear market—in some cases, 90%—you can scoop up assets on the cheap and really lower your cost basis.

You could increase your dollar investment by 10% or 20% and yet double or triple your position size in some cases. So you can “double-down” without significantly increasing your risk.

You know your own financial position best, so I’d urge you to bias to the side of caution. That way, you’ll be putting just a few hundred dollars at risk. But at the same time, it could put thousands back into your pockets when the market rebounds.

Remember: We treat cryptos as asymmetric bets. It’s not about imperiling your current lifestyle for future gain. It’s about taking a small amount of money and magnifying it dramatically. And the swings in crypto are so large, you don’t have to risk huge amounts of money to make huge gains.

Nick: Great advice, T. Thanks for your time.

Nick’s Note: The crypto market is priming for a massive rally and prices are still low… So will you be “doubling-down” on your crypto positions like Teeka is? Let us know your plans right here.

Readers debate whether the Daily has become too political…

From Claudia R.: Nick, I’m an Infinity member and have been for years. And today, I’m unsubscribing from the Daily. For years, you managed to mostly keep politics out of your work—except when policies impacted investments. But the Daily has become more opinion and less fact. I need the facts. I have my own opinions already, so I don’t need those.

From Deb G.: I’d like to respond to Jack W., too… If you want research that’s neutered from political insights, then go elsewhere. Investment research devoid of political insights is narrow and naïve. While you may disagree with the political positions in the Daily, I’d rather see them put their opinions into their analysis than act like an ostrich with its head stuck in the sand, pretending politics don’t influence investment strategies.

From John D.: Inflation isn’t the inevitable outcome of socialism. Taxing the rich and large corporations instead of printing money—or as we’ve been doing for years, borrowing against our future—is just as destructive as inflation.

From Terry M.: Nick, I agree with you about raising the minimum wage. The concept is completely flawed, unless the corresponding cost of goods doesn’t also rise. If the minimum wage goes up 40%, the whole wage/salary scale of a company must also increase 40% to maintain the same difference in buying power between levels of capability/competence (the basis for pay).

Do you want to weigh in on today’s topic? Send us your comments right here…

This “arrogant” investor has been called brash and egocentric. He doesn’t mince words—and he’s not going to win any popularity contests, either.

But it’s this exact “in-your-face” view of the world that’s allowed him to make incredibly successful returns. And the thing is, you don’t have to like him to make money from his ideas.

You see, he’s revealing what he believes will be three of the top performing stocks of 2019 in his latest presentation. So if you think you can handle what he has to say, then check out the preview of it right here… 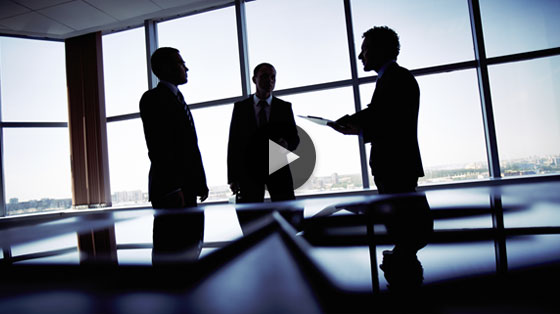