In today’s interview, Teeka elaborates on the Income Exodus. It’s a theme we’re following very closely here at PBRG headquarters. Last Thursday, I sent you a warning about a “dangerous cocktail” brewing in the bond market. As we showed you, even the Bond King himself, Jeffrey Gundlach, is concerned about the state of U.S. Treasuries…

But Teeka’s been all over this for a couple years. He’s warned Palm Beach Letter subscribers to dump bonds—and helps them find alternative sources of income to secure their financial futures.

Here’s what he had to say…

Nick: T, we haven’t talked about the Income Exodus lately…

[If this is your first time hearing about Income Exodus, be sure to get caught up with this interview, where Teeka and I first talked about it.]

It’s a theme you’ve been following for a while now… Any new developments?

Teeka: Absolutely. Inflation just came in at multi-year highs. The Consumer Price Index (CPI) just came in with a 2.9% increase. The CPI is a good proxy for the rate of inflation.

The last time inflation rose this fast was February 2012.

Bondholders need to pay close attention to inflation. They receive a fixed dollar amount in interest payments and principal when the bond matures.

When inflation rises, the real value of those payments declines. That’s why bond investors fear inflation.

Nick: So should we expect bondholders to demand higher yields as inflation rises?

Teeka: Absolutely. I’m not sure how much longer the 10-year yield can stay low.

Big bond investors have two inputs into what the 10-year yield should be. You take GDP plus inflation.

Nick: But investors seem to be willing to accept this low amount of interest. What do you think will change this?

Teeka: The three biggest buyers/holders of Treasuries are turning into sellers.

Contrary to what many believe, the biggest holder of Treasuries is not China. It’s actually the Social Security Trust Fund. It holds something like $2.8 trillion in Treasuries.

But just this year, the fund went into a deficit… And it’s projected to be in a deficit for the next 75 years. Soon, it’ll be the biggest seller of Treasuries.

The second-biggest holder of Treasuries is the Federal Reserve. It holds about $2.4 trillion.

This was part of the quantitative easing plan to inject liquidity into the market. The Fed bought these Treasuries from banks, hoping they would invest their money elsewhere. Supposedly, this helped get us out of the Great Recession in 2008–2009.

But now we’re heading toward quantitative tightening. Or, as the Fed is calling it, “maturation strategy.”

Since QE ended in October 2014, the Federal Reserve’s holdings of Treasury securities remained stable. It did this by reinvesting money from maturing bonds.

But starting last October, the Fed stopped reinvesting everything. Every month, they reinvest $6 billion less than the full amount of maturing Treasuries.

The third-biggest holder of Treasuries is the Chinese government. The Chinese hold $1.2 trillion of our debt.

It’s debatable whether or not this is a good thing. We’re not going there today. We’re going to stick with facts.

The reason China has been able to accumulate so much of our debt is because of the trade surplus it has with us. It has to invest that extra money somewhere.

Now that President Trump is doing his best to shrink the trade deficit, China will have less to invest in our Treasuries.

So China will be buying less (or even selling) U.S. Treasuries.

Nick: And you don’t think other investors will be able to step up and fill the void left by these three institutions?

And as I stated earlier, I think the yield on the 10-year Treasury should be closer to 7% than 3%. Bond yields are going up. So investors need to prepare for that eventuality.

The first thing to do is to get rid of any long-term bonds. They’re going to get crushed.

The second thing to do is find a way to earn income that isn’t fixed. In The Palm Beach Letter, we do that with closed-end funds (CEFs).

We buy these CEFs at a discount to the value of their holdings. We’re paying something like 85 cents for every dollar of assets these CEFs hold.

And we’re doing quite well. Even as dividend stocks like Johnson & Johnson and Procter & Gamble have gotten hammered, we’re still up.

In our Closed-End Fund Income Portfolio, we have an average yield of 7.5% on the seven CEFs that we hold. That’s two-and-a-half times what the 10-year Treasury is paying.

Anyone looking for income in their investments has very few options in the market today. CEFs are one spot where you can still earn income and preserve your capital.

Nick: Thanks again for talking to us, T. Always appreciate your time.

Nick’s Note: Like Teeka said, Palm Beach Letter subscribers are enjoying an average yield of 7.5% in their CEF portfolio. And he’s always on the lookout for quality CEFs that pass his strict investment criteria.

To learn more about the coming Income Exodus, and how you can sidestep the devastation set to upend the bond market as soon as August 1, click here to watch Teeka’s video presentation.

Today, a reader responds to our take on rising interest rates with a contrarian idea…

From Brandon T.: There’s probably no idea more accepted and regurgitated in the mainstream than this one: Rates are rising and will continue to do so. That fact alone should give you pause.

Mark my words, the 10-year bond will not see anything close to 6% for at least three more years. The economy retched down after the Great Recession and still has not gotten back to trend. There is no recovery; economic opportunity is in short supply. Therefore, liquidated preference rules the day. Until this changes, there should be zero reason to expect sustained long-term rate increases. Bet on it!

Will interest rates continue to rise and threaten Treasury holders? Or are you expecting a different scenario?

Let us know how you’re prepping your portfolio right here…

As a former corporate banker, he was forced to play by Wall Street’s rules.

And now for the first time, he’s inviting everyday investors to join him on something he calls the 100-to-1 Project. Get all the details here. 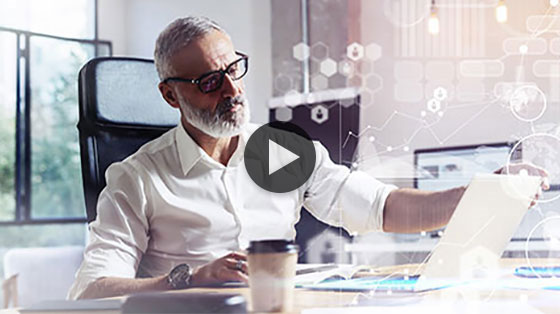