Nick’s Note: Last week, bitcoin briefly dropped below $9,000. As usual, the mainstream media went into a panic. But longtime readers know that volatility is normal in this space.

In fact, Teeka called it months ago, before embarking on a three-month investigation into what he’s calling the “Second Boom”—an event that will send the cryptocurrency market even higher.

During his investigation, Teeka tracked down a guy he calls the “Kingmaker” for a private meeting in New York City. The Kingmaker is Teeka’s most trusted source in the cryptocurrency space. I asked Teeka for the scoop on his private meeting. His story is below…

Nick: Hey, T… Thanks for talking to me on such short notice. You recently met with a guy you call the Kingmaker. Who is he?

Teeka: Now, I can’t tell you who the Kingmaker is. I’ve been sworn to secrecy. He likes his privacy and wants to stay behind the scenes.

But I can tell you what he does and how I met him.

He’s one of the few people trusted by both the crypto side and the money side of the business.

Now, these two sides don’t often trust each other.

The crypto guys are about advancing the technology and creating a private, decentralized money system. They’re about taking power away from the rich and the government, and giving it back to the individual.

The money guys don’t care about that—they just care about profits. And turning a profit can bastardize the original intent of a crypto project.

But the Kingmaker bridges the gap between these two sides.

The crypto guys know he’s not going to sell out their projects. And the moneymen like him because they know he’s thoroughly vetted the project.

If the Kingmaker is involved with a project, it’s legit.

Some of our biggest gains have come from recommendations passed on to me from the Kingmaker.

Nick: You’ll have to thank him for me. But why is the Kingmaker talking to you?

Teeka: He knows the type of work I do.

We met a couple years ago when I was researching a company. He was impressed by the amount of research we do at Palm Beach Research Group.

You see, most of these so-called crypto analysts just sit behind their computer, read a white paper, launch up their webcam… and make a recommendation.

The Kingmaker was sick of all these pretenders on YouTube bringing down the legitimacy of cryptocurrencies.

Many of the YouTube guys are lazy. I never see them at the crypto conferences I go to. I want to meet and talk to them… but I can’t, because they’re not out there.

The Kingmaker saw the diligence I put into just one recommendation. I traveled to meet the team. I went to conferences to talk to other experts about the project. And I made sure I fully understood the entire project.

Now, not to be too self-serving… but I believe we do the most thorough research in the entire industry. And the Kingmaker agrees.

So, that’s why he talks to me.

Nick: What projects has he given you so far?

Teeka: I really can’t say because I don’t want to tip anyone off to who he is. But he’s given us some of our biggest winners.

Now, I get tips from tons of people about upcoming projects. But often these are self-serving and turn out to be duds.

But every project he’s told me about has turned out to be a winner so far.

He’s my most trusted source.

Nick: OK, tell me about this recent meeting you had with him.

Teeka: It was a couple months ago during my investigation into the next phase of the crypto market.

I had a meeting with him at the Capital Grille in New York City. We ate dinner, he was drinking some wine, and the conversation got interesting.

That’s when he told me about the Second Boom. It’s an event that can unlock $5 trillion of new money into the crypto market.

What does $5 trillion do to the market? That’s not two times, or five times the current market… That would grow the entire market by 10 times.

I realize that might sound ridiculous, but not after what happened in 2017.

The crypto market went from a market cap of $15 billion to a peak of $850 billion. That’s five times more than the 10x move I’m predicting now.

The trigger for the Second Boom will be an event happening on May 14.

As you know, I closed Palm Beach Confidential to new members in late November. With the Second Boom so close, I made the decision to reopen the service.

But you don’t have to join Palm Beach Confidential to get all the details about this Second Boom. I want everyone to have the opportunity to get in before this torrent of new money floods the market.

I’ll be talking more about this Second Boom and how to profit from it during my live Cryptocurrency Emergency Broadcast on Wednesday, March 14.

Nick: Thanks T. I can’t wait to hear more about the Second Boom.

P.S. After this conversation, I was talking to Teeka about my crypto portfolio. He said not to worry about this pullback.

Some of his biggest winners, like Ethereum, have gone down 75% before taking off. Just remember to keep your position sizes uniform and small. The average investor should probably only have positions of $200–$400.

This will help you hold tight during these corrections. And allow you to reap the gains later as these cryptos become more widely used.

P.P.S. As Teeka said, on Wednesday, March 14, he’ll hold a live emergency cryptocurrency broadcast called “The Second Boom: How to Make a Fortune from the Next Crypto Run Up.”

During the event, Teeka will tell you more about what he learned in his private meeting with the Kingmaker… and the surprising island location where many of the top cryptocurrency billionaires are quietly moving to prepare for the next run up.

You can register for this free event right here… And as a bonus, you’ll have access to Teeka’s free video updates leading up to the event, live from the island.

The president has only just finished his first year in office, but there’s already talk of Trump 2020. And according to our colleagues at Casey Research, a “silo” in Texas could guarantee Trump’s second term. See the story for yourself right here. 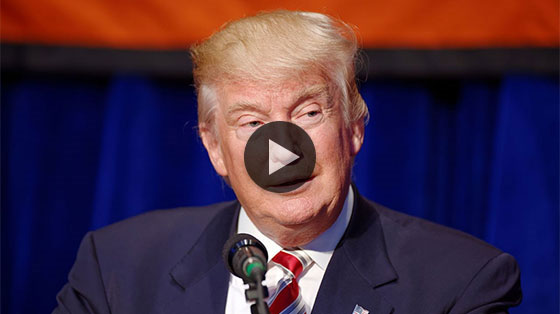