Nick’s Note: Bitcoin is down more than half from its all-time high last December. Other cryptos are down even more. A lot of investors are worried about the sell-off, but that kind of volatility is common for early-stage technologies.

In today’s essay, world-renowned cryptocurrency expert and PBRG’s very own Teeka Tiwari explains how early internet technology experienced similar problems… and what that means for the profit potential of the blockchain, the underlying technology of cryptocurrencies…

In 1984, two young lovers at Stanford University were frustrated. They wanted to send romantic letters to each other over the university’s computers, but they couldn’t.

They were directors of separate departments on campus. But even though their buildings were separated by only 500 yards, they couldn’t email each other.

At the time, Stanford had thousands of computers running on dozens of incompatible systems.

This was a common problem in the early 1980s. You see, most early computers couldn’t talk to one another because their networks used different software “languages.”

But there was no hardware device available to enforce the protocols. If computers didn’t follow them, they couldn’t connect across networks.

The couple, Sandy Lerner and Leonard Bosack, realized the need for such a device… a “traffic cop” of the computer world.

They’re credited with creating the first network router. And it’s an invention that can’t be underestimated.

Routers are at the heart of what makes the internet work.

They sort, organize, and direct internet traffic across thousands of networks, computers, and programming languages.

Cisco’s routers were key to the explosion of internet technology. But most at the time didn’t realize how game-changing it would be.

Today, I’ll tell you why we’re going to see a similar phenomenon take place in the blockchain space.

Blockchain: The Next Generation Internet

The blockchain is the underlying technology of cryptocurrencies like bitcoin.

At its most basic, the blockchain is simply an online ledger shared by many parties. The ledger records and verifies transactions anonymously using cryptography. But all entries are expressed publicly. Once data is entered, it can’t be corrupted or altered.

(If it all sounds complicated, don’t worry. Most people don’t know how the internet works but that doesn’t stop billions of people from using it every day.)

Like the internet, the blockchain has evolved. (Remember, the internet began as a way to exchange electronic messages. But now you can shop or watch your favorite television shows online.)

There are hundreds of new blockchain applications popping up to solve all types of problems… from speeding up cross-border payments to creating distributed cloud data storage.

But these blockchains are incompatible.

In the past, I’ve called this “the problem of interoperability.”

Take the two most widely used blockchains in the world: bitcoin and Ethereum.

If you have data on the Ethereum blockchain … you can’t move it to the bitcoin blockchain. And vice versa.

The internet solved this problem with routers and protocols.

That’s why when you click on a Facebook or Wikipedia link from a Google search page, you arrive on their respective websites.

Even though Google, Facebook, and Wikipedia use different computer systems, they all use the same protocols, and they obey the rules of Cisco’s routers.

The protocols funnel that traffic via routers and serve them up on any connected device … regardless of which software it uses. It’s because those networks were able to share information that the value of the entire network (that we know as the internet) exploded higher.

Blockchains are just a few months away from obtaining their first taste of information sharing.

Just like the internet, when blockchains can seamlessly interact with each other, it will unleash a huge explosion in value. This “network effect” phenomenon is called Metcalfe’s Law.

Metcalfe’s Law states that the bigger the network of users, the greater the value of the network.

Think about fax machines. If one person owns a fax machine, it doesn’t have any value. But if millions of people own fax machines, now they have much more value. You have a network of users that can send and receive documents cheaper and faster than by using a courier.

People who don’t understand the network effect will continue to question crypto assets’ valuation, just like they did with Facebook, Alibaba, and Google.

But if you had the courage to defy the naysayers and just pick up a small position of $500 in each when they went public, you’d be sitting on $341,274 today.

To see how powerful the network effect is, just take a look at Cisco’s valuation in 2000.

But it wasn’t smooth sailing.

Not many people would be able to stomach that kind of volatility with $10,000 at risk.

Blockchains are just a few months away from having their own “Cisco” moment. In fact, several projects are underway to bring interoperability to blockchain networks.

Once blockchains can “talk” to each other, it will unleash a wave of value creation we haven’t seen since the technology boom of the 1990s.

Fair warning: Like all new technology, it will be very volatile. But if you can be disciplined enough to use small position sizes spread across a wide portfolio of great names, you will position yourself to make life-changing gains without taking life-changing risks.

The chance to take a tiny grubstake and get rich in stocks is gone forever.

Today, a company like Cisco would have stayed private until it was already worth billions. Just look at Uber and Airbnb. They haven’t even gone public yet, and between them, they’re worth close to $100 billion.

By the time you get to invest in them, how much profit do you think will be left for you?

Crypto investments are the last place the little guy can truly transform his life even with investments as small as $200–$400. But this opportunity won’t last forever.

The sell-off we are seeing now is an incredible opportunity to buy the Ciscos of tomorrow while they are trading for pennies.

Be excited by this sell-off! I am. It’s an amazing time to get your feet wet in this amazing sector at prices that will have you looking like a genius in just a few months.

P.S. In my March issue of Palm Beach Confidential, I revealed a cryptocurrency I think will be the Cisco of the blockchain space. It’s building a “bridge” that allows different blockchains to talk to one another, just like routers did for internet networks.

Palm Beach Confidential subscribers can read the issue right here. If you’re not a subscriber, you can learn how sign up by watching my free presentation right here.

Is there a coup underway in America?

There have been only four attempts to overthrow the U.S. government. Our friends over at Bonner & Partners have uncovered evidence of a new plot underway. (Key date: May 1.) 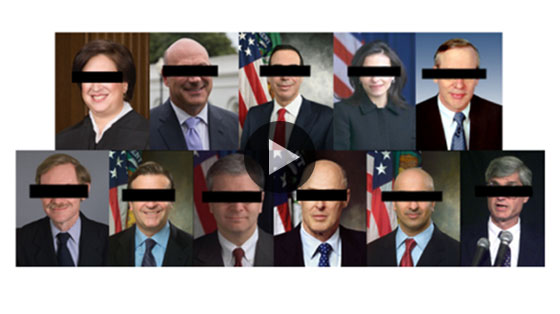