Nick’s Note: Many people consider options risky and dangerous. And that can be the case if you don’t know what you’re doing. My colleague Jeff Clark is one of the best options traders I know. Today, he’ll show you what to avoid so you won’t lose money…

Trading illiquid options is a lot like trying to win an argument with my wife.

At best, I only stand about a 40% chance of being right. And even if I win the argument, I’m going to suffer for it anyway.

The only thing worse than being wrong on an option trade is being right, but taking a loss anyway because you can’t get out of the position.

Illiquid options are options that are difficult to trade in and out of at a reasonable price. Sometimes, it’s a result of too few contracts being available for trading. But usually, it’s evident by a large “spread” between the bid and ask prices.

That’s the problem with illiquid options. Even if you somehow manage to get into a trade at a reasonable price, it’s near impossible to get out of it.

In early April 2016, I liked the chart of small-cap biotechnology firm Tetraphase Pharmaceuticals (TTPH). The stock had fallen 95% from its high the previous July.

But after a three-month consolidation period, TTPH had turned higher. It was trading above both its 9-day exponential moving average (EMA) and its 50-day moving average (MA). And its 9-day EMA had just completed a “bullish cross” above the 50-day MA. That often signals the start of at least a short-term rally.

So I started looking for a low-risk way to trade Tetraphase.

There was one problem… TTPH options were illiquid.

There was a huge spread between the bid and ask prices for the options. The TTPH May 20 $5 puts were bidding at $0.30 while being offered at more than $2. That’s not a liquid market.

Liquid options usually trade with no more than a $0.10 difference between the bid and ask prices. That makes it easy to move in and out of positions.

With such a wide spread between the bid and ask prices in the TTPH options, I knew this wasn’t going to be an easy position to trade. Nonetheless, I was confident enough in the setup on the chart that I thought I could still trade the TTPH options profitably.

Right away, the trade went in my favor. Tetraphase pushed higher. By late April, the stock had rallied to about $5.80 per share.

In other words, if I wanted out of the trade immediately, I would have to buy the options back at the lowest price offered ($1.20). So even though I was right on the trade and TTPH had moved higher, it would have cost me $0.15 more than I paid to buy the puts back and close the trade.

I decided to be patient and try to negotiate a better price to get out of the trade. I entered an order to buy back the puts for $0.35.

As I said above, I had calculated the fair value of the puts at $0.25. But since I had sold the options for $1.05 and had a decent profit on the table, I was willing to pay a little more than fair value to close the trade.

Nobody else was willing to take my bid, though. For five days, I offered to pay more than fair value to buy back the TTPH options and close my trade.

But no one wanted to trade with me at that price. There just weren’t enough traders in the TTPH options to create an efficient market. Even though I was willing to pay more than fair value to buy the options back, nobody was willing to sell them to me at a reasonable price.

So I kept the trade open a while longer. And that’s when I got into trouble.

Soon, Tetraphase started to fall along with the broad stock market. The decline was slow and methodical at first. It wasn’t anything to get alarmed about.

The stock was still trading above $5 per share. If it closed that way on May 20, the TTPH May 20 $5 puts would expire worthless. And the market makers would be wishing they had sold them to me for $0.35.

But the stock kept falling. Tetraphase dropped almost 20% and closed at less than $3.50 per share. The May 20 $5 put options that I had sold for $1.05 were now being offered at $1.70. In other words, what should have been a profitable trade had become a loser. And it’s all because I could not get out of the trade earlier at a reasonable price.

Just to be clear… At one point, Tetraphase rallied 20% higher after I sold the uncovered put options on the stock. My calculation of the fair value of the options declined by 75%. So I was 100% correct on my bullish trade on the stock.

But I could not exit the position when I wanted to because the options were not liquid enough to allow me to do so at a reasonable price.

So I was sitting on a losing position and kicking myself because I knew better.

No matter how good the trade setup looks, it’s foolish to trade illiquid options. It’s hard to get into the trade… and even harder to get out of it.

I originally opened the trade in anticipation of holding the position through option expiration and having it expire worthless. But once the stock started to turn lower, I changed my mind and wanted to exit the position and lock in my profit.

Let this be a lesson to you…

If an option trades with more than a $0.10 spread between the bid and ask prices, find another way to trade the position—either another option with a different strike price or expiration month… or just trade the stock itself. Illiquid options eliminate your flexibility and your ability to adjust your plan according to market action.

Otherwise, you might find yourself in a situation when you’re right on the trade, but end up suffering a loss anyway.

P.S. I’ve uncovered a powerful anomaly hidden in the market that I call the “Quantum.” If you can spot these “Quantum moments” in advance, you can return 100%, 200%, even 1,000% on your money—1,000 times faster than ordinary investing allows… while limiting risk. You can learn more about this phenomenon right here…

Take a look at the image below. Bet you don’t know what it is…

It’s a rare commodity that’s no longer produced in the U.S.… But it’s 100% essential to nearly every item used by our military today.

When Pentagon officials turn to the only company that can supply this powder, shareholders could multiply their money by 10x or more. 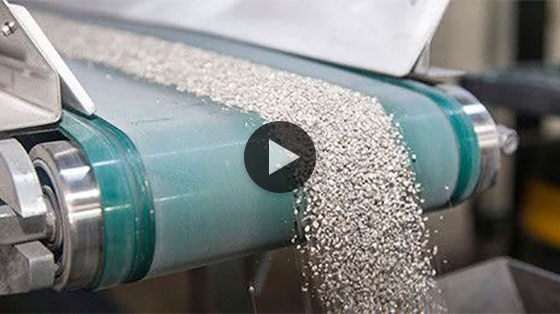