If you asked me which man has made the most money for investors, my answer wouldn’t be Warren Buffett, Bill Gates, or Jeff Bezos.

Sure, they’ve made billions for investors. But that pales in comparison to one man…

Most people probably haven’t heard of Bogle, but he arguably did more than anyone else to help investors build their wealth.

And even if you’re not familiar with him, you probably know the company he founded: Vanguard Group.

Bogle started Vanguard in 1975. Today, it’s one of the largest investment advisors in the world—with $5.1 trillion in assets under management and more than 20 million clients in 170 countries.

But even though he’s gone, there are plenty of lessons you can still learn from this investing legend—especially if you want to achieve a dignified retirement.

In 1976, Jack Bogle did something revolutionary. Instead of building a portfolio that selected individual stocks, he created a fund that bought an entire stock index.

He called it the First Index Investment Trust. Today, it’s known as the Vanguard 500 Index Fund and has over $400 billion in assets.

At first, critics ridiculed the idea of an index fund. According to Vanguard, some people called the fund “a sure path to mediocrity” and even “un-American.”

The initial offering only raised $11 million. But that didn’t deter Bogle. He knew he was onto something.

That’s because his creation would do two very important things for investors: It gave them an easy way to gain exposure to the market… and substantially lowered their trading fees.

Bogle argued that by buying and holding the stock market at a low cost, investors could do better than most active managers. Since an index fund owns all of the stocks in the index, there’s no picking winners and losers.

According to Vanguard, from 1986 to 2000, the average mutual fund (after fees) returned 11.7%. That sounds good—until you realize the stock market returned 16.1%. So index funds have outperformed mutual funds by 4.4%. That would’ve doubled your returns over that time span.

Now, paying higher fees for actively managed funds would be fine if the returns justified them. But as I pointed out above, studies show that “active” funds underperform the market.

So not only do index funds outperform most investment managers, they charge less fees, too. That makes them a good option for your retirement plans.

As I’ve traveled around the country over the past year, I’ve met a lot of new people. Eventually, I’m asked, “So what do you do for a living?”

And when I respond that I write an investment newsletter, about two-thirds of them show no interest and quickly change the subject. Apparently, most people don’t think investing is as interesting as I do.

But the other third asks, “So what should I invest in now?”

While I appreciate this question, I also hate it. That’s because there’s no right answer.

Everyone’s financial situation is different. Besides, most people don’t actively follow their investments anyway. They’ll hold their positions as they go up and down—likely losing money along the way without realizing it.

Thankfully, Bogle gave me a good answer: “For 95% of investors, you’d be best off investing in a low-fee index fund.”

That’s not what most people want to hear; they’d rather get a tip about the next hot tech stock or passing fad… But I’m a firm believer that most people are best served by buying the market and concentrating on other areas of life.

If you’re a Daily reader, then you’re probably the exception to that rule. You’re willing to do the hard work necessary to find incredible money-making opportunities that can create life-changing gains. That’s why you turn to us every day.

But even I set aside a portion of my portfolio to low-cost index funds. It’s a smart way to save for retirement.

And for that, I thank Mr. Bogle.

P.S. Do you use low-cost index funds as part of your retirement strategy? Or do you prefer to actively manage your own portfolio? Maybe you have a mix of both strategies… Tell us your preferred method right here…

From Leo E.: I’d like to thank Greg Wilson for his essay on the bitcoin “halving.” (See January 25 Daily, “This Rare Event Will Send Bitcoin Prices Soaring.”)

You had a great deal of information without trying to sell me something. I bought a recurring subscription at the top of the bitcoin frenzy, and I’m looking forward to realizing a gain one day.

From Arvid D.: Hi, Teeka. Your goatee is looking good… But don’t let it get too heavy. And since you’re interested in viewer opinion, let me add that your glasses are too wide for your face. Thanks for all your writings.

You could lose everything this year in the worst market crash since 2008… Stocks could fall by 50% in a matter of weeks with no warning—no announcement from the Fed, your brokerage firm, or anyone else.

It would be devastating for most investors.

But if you can see the crash coming early enough—and know what to do—you could make $1,000s, over and over again, as it all transpires. Click here to learn more. 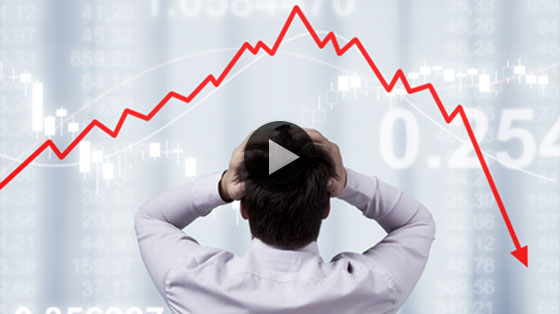