And one of the biggest trends he’s following right now is the rollout of fifth-generation (5G) wireless technology. This tech will revolutionize the way we communicate and make early investors windfall profits.

However, many people have concerns about the health risks associated with 5G technology. Below, Jeff addresses these concerns…

With 5G wireless network construction happening at an accelerated pace… and early 5G wireless broadband internet services already available in a few markets around the U.S., 2019 is the year when consumers will see the first 5G smartphones available in the market.

Even just the last few months have been exciting, with Verizon and Samsung announcing that they’ll release a 5G smartphone in the first half of this year. While any consumer can buy these new 5G smartphones, only those that live in areas where 5G networks have been constructed will benefit from the incredible performance of these new networks.

Not surprisingly, we’ve been receiving a lot of questions about whether or not 5G wireless technology is safe for consumers. It’s important for us to ask these questions, and to understand the facts behind the research.

Since radio frequencies (RF) have been used in radio, TV, wireless networks, and many other services for decades, this is a careful area of study for regulatory agencies to ensure that these RF waves have no negative impacts on consumers’ health.

To be very clear, there has been no conclusive evidence that RF wireless technology causes any side effects in consumers that use—or are even in the presence of—wireless networks.

A recent study in Denmark, published in the Journal of the National Cancer Institute, analyzed the records of more than 358,000 mobile phone subscribers with brain tumor incidence data from the Danish Cancer Registry. The “analysis found no association between cell phone use and the incidence of glioma, meningioma, or acoustic neuroma, even among people who had been cell phone subscribers for 13 or more years.”

Last year, there was some very bad reporting concerning a recent study on the effects of high exposure of radiofrequency energy on rats. It found that male rats exposed to radio waves developed schwannomas (small tumors) on their hearts at statistically higher rates than the control group. However, mice and female rats exposed to the same radio waves did not develop any of these small tumors.

Also worth mentioning is that there have only been a handful of documented cases in humans of schwannomas of the heart… They’re incredibly rare in humans.

This study was conducted by the National Toxicology Program (NTP), which is part of the National Institutes of Health (NIH). Worth noting is that the study was performed at the request of the Food and Drug Administration (FDA), which is responsible for determining the safety of such radiofrequency energy.

In the words of the FDA, “the levels and duration of exposure to radiofrequency radiation were much greater than what people experience with even the highest level of cell phone use, and exposed the rodents’ whole bodies. So, these findings should not be directly extrapolated to human cell phone usage.”

The FDA summarized that it has “not found sufficient evidence that there are adverse health effects in humans caused by exposures at or under the current radiofrequency energy exposure limits.”

In support of the FDA’s position, the National Cancer Institute notes that it does not see increasing numbers of brain tumors in the general population. Given that humans have been exposed to radiofrequency energy for decades, if there was a direct correlation to our health, we should have seen the impact already. So far, we haven’t.

For obvious reasons, I’ll be tracking this topic closely as 5G wireless networks become more widespread. My readers know well that 5G wireless networks use as much as five times more cell phone towers than 4G—and more power—in order to deliver 100x or more speed to smartphones. It’s important to note that all 5G-enabled smartphones will still meet the safety limits and standards set by the Federal Communications Commission (FCC), which is informed by the FDA.

The above research should dispel any concerns you might have about 5G’s impact on your health. But if you’re still worried about it, I’ll leave you with a couple extra steps you can take to minimize your RF exposure…

With that, we’re in for an incredible year as 5G wireless technology becomes available throughout the U.S. and in other major developed markets around the world. Within the next 12 months, we’re going to see such incredible improvement in wireless service that we’ll wonder how we ever survived without it.

P.S. I have a short list of small-cap tech companies that will deliver incredible returns this year due to the investments being made in 5G. If you’d like to learn how you can get these names in your portfolio, click here.

But a radical new technology is about to take down the world leader of electric vehicles—and flood a tiny, $2 stock with a massive windfall. Get all the details right here. 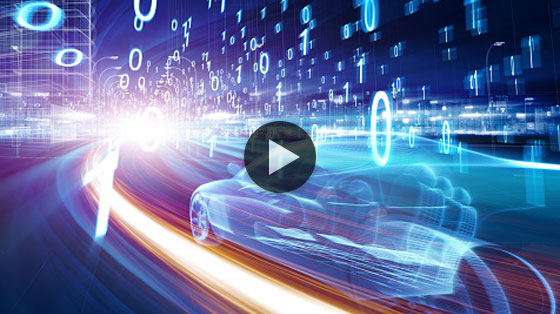