This is the type of high-level, professional analysis Jason did when he ran the trading desk for prestigious Wall Street firm Cantor Fitzgerald. Hedge funds would pay a pretty penny for this research. So it’s an absolute must-read at PBRG headquarters.

Last week, Jason sent a synopsis that caught my attention—but not because of his market insights. Instead, he told the story of how the patriarch of the Kennedy dynasty made a fortune using a trading strategy similar to his own…

Nick: Thanks for joining us today, Jason.

I always look forward to your weekly market insights. But last week, you sent an email that caught my attention. It was about John F. Kennedy’s father, Joe.

Can you tell readers what Joe Kennedy’s legacy has to do with your trading strategy?

Jason: Sure. But first, let me give you a bit of history…

According to lore, Joe Kennedy built the family’s fortune by bootlegging. Most historians say this isn’t true, although he did start a liquor importing business.

And it may surprise many readers to learn this, but JFK’s dear old dad actually built the family fortune from insider trading.

In 1919, Joe Kennedy joined the brokerage firm Hayden, Stone & Co. and quickly became an expert in the then-unregulated stock market. He got rich using tactics that are now considered insider trading and market manipulation.

Among other things, he bribed reporters to spread false stories in an information-starved age to drive prices up for his investment pool. He also participated in organized “bear raids” to crush stock prices. A bear raid is when a group of short sellers collude to sell a stock, smear the company, and then profit when the share price falls.

And legend has it that in 1929, Kennedy got out of the crazed, speculation-fueled market when he got a stock tip from a shoeshine boy. He then heavily shorted the market before the Great Depression and made a $4 million fortune [about $60 million today].

He used that fortune to invest in real estate, multiplying his wealth even more. His net worth grew to $180 million—which is about $3.4 billion today.

You’d think he would’ve been punished for all this… Instead, he was rewarded.

Jason: As if all that wealth from his insider trading wasn’t enough, President Franklin D. Roosevelt appointed Joe Kennedy to the newly created Securities and Exchange Commission [SEC] in 1934. Not long after, Kennedy was named the SEC’s first chairman.

When asked why he did it, FDR supposedly said, “It takes a thief to catch a thief.”

Kennedy then went on to outlaw the very practices that made him rich.

Nick: So what can investors learn from Joe Kennedy’s story?

Jason: Like I said, many of the unscrupulous tactics he used back then are illegal today.

But one thing I learned from Kennedy—and from studying the history of the stock market—is that the best way to profit as a trader is to follow where the big money goes.

During my Wall Street trader days, I handled massive orders from big institutional clients and billion-dollar hedge funds. And when they take a position in a company, they buy millions and millions of shares. That lifts the share price higher and higher.

Like Kennedy, some people in dark rooms on Wall Street know about these huge trades in advance and profit from them. It’s just a fact.

But if you’re experienced and watch carefully, you can detect the early signals when institutions get started, too.

These massive orders that I’ve handled throughout my career taught me how to recognize such giant trades.

Nick: How do you spot them?

Jason: I created a proprietary system to track them.

You see, there’s a key difference between when big institutions buy stock and when you and I buy stock.

When you and I want to buy stock, we open our brokerage accounts, click buy, and move on with our day. The entire process takes only a minute or two… But when big players want to buy 50 million shares, they have to do so over several days.

On the first day, they’ll rush to grab a chunk of stock because they know they’ll move the price higher. Then, they try to “frontload” their orders in the beginning to get better prices.

When this type of buying begins, you can jump in while the “big whales” continue buying for days, lifting the stock higher.

Now, this may sound like the type of frontrunning Joe Kennedy practiced. Frontrunning is a very effective and predictable way to make money. It’s also illegal and dishonest.

But my system can give us a legitimate “heads up” when big whales are buying stocks. I designed it to find them—before everyone else catches on—and then ride them to profits.

Nick: Regular readers are probably familiar with your system; it scans nearly 5,500 stocks every day looking for the best of the best that big institutions are likely buying.

And since we’re on the subject of profiting handsomely from big money, let’s focus on doing it the right way.

Your system predicted the sell-off in February 2018. And it also predicted the rally we saw at the beginning of this year. What’s it saying now?

Jason: As you know, my system looks at buying versus selling and creates a ratio between the two. I won’t get into all the details, but a ratio above 50% means buyers are in control. And if it’s below 50%, sellers have the wheel.

In the depth of the market’s despair last December, many thought we were headed way lower.

But now, we’ve witnessed such a seismic shift that my ratio of buying to selling has skyrocketed—from an oversold ratio of 25%… to 78% as of February 6. That means buyers are back in control now.

In four short weeks, we’ve seen hardly any selling signals, with an abundance of buying that’s pushing us close to being overbought. This means I expect a bit of a “giveback” soon. It would be natural profit-taking after a major recovery. But I think the bull market will resume its track afterwards.

Nick: That’s a good question… You stuck to your guns despite the gloom and doom. That’s why we told readers to get their shopping lists ready last month…

Jason: We’ve seen a lot of buying in the information technology and consumer discretionary sectors. Financials have also seen a monstrous recovery from being grossly oversold.

It’s bullish when we see buying in these sectors on this scale—since they’re growth-heavy and decidedly “less defensive.”

Nick’s Note: As I mentioned above, Jason spent nearly two decades as a Wall Street trader at firms such as Cantor Fitzgerald. During his time there, he learned how to detect where millionaires are putting their money.

Using those secrets, Jason created a private, $250,000 database that can flag when big money is flowing into the market at least 24 hours to 10 days in advance. And he’s used this system to find multiple triple-digit winners.

The first electric car metal to hand early investors a fortune was cobalt. Its price spiked 3x. In turn, cobalt mining stocks soared as high as 7,163%. Then came lithium, which surged 10x. Lithium mining stocks saw gains up to 13,300%.

Now, thanks to a breakthrough electric vehicle tech, a new metal will be the next to spike. And one tiny company could benefit the most from it. For more on this story—and to find out how you could profit from it—go right here… 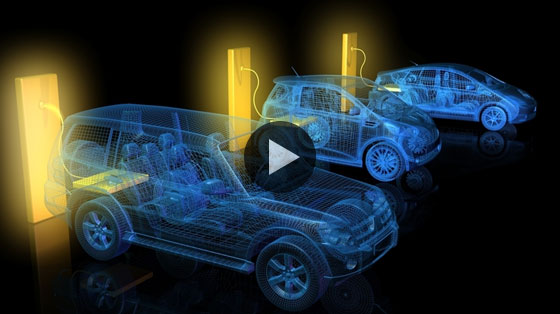