But you don’t need to spend years running a hedge fund to generate the types of returns these guys have.

All you need is 30 minutes per month. And the PBD Elite 25 portfolio.

Each month, we update our Elite 25 portfolio. We remove stocks that are too expensive and replace them with new ones that meet our three criteria.

We’ll get to the update in a moment. But first, a review of our system…

For those who are new to the portfolio or need a refresher, our Elite 25 is made up of companies that have a high return on invested capital (ROIC), high growth, and are cheap.

First, you find all the companies that are:

Then you buy the cheapest 25 companies that match those criteria.

At the beginning of each month, you’ll go through the process again. Sell any companies that dropped out of the cheapest 25. Buy any that joined.

So let’s see how our Elite 25 performed last month…

Elite 25 Crushes the Market in March

That’s the kind of outperformance we expect to see more often.

(February was an anomaly created by a couple terrible earnings reports. But earnings releases slowed down in March. And our quality companies took off. You can read our March update here.)

The biggest performer was electronics payment company Qiwi (QIWI) with a 24% gain.

In this month’s update, there are only three changes.

It should take you no more than 30 minutes each month to make these trades.

In less time than it takes to watch one episode of your favorite TV show, you can position yourself to turn $100,000 into $5 million.

Virtual Racing at 300 MPH: In the 1990s, the Sega Genesis was one of the biggest video gaming systems in the world. And Sonic the Hedgehog was one it’s most popular games. In that game, players would race Sonic and his friends at super-fast speeds through multiple obstacle courses.

Today, virtual reality is allowing you to be Sonic. Check out this one-minute video for a competitive VR running game. Players can run up virtual buildings and around obstacles at 300 mph. Just another sign we’re on the cusp of a huge trend in virtual reality.

The legislation is the latest indication that blockchain technology is moving from its theoretical testing phase to real-world application phase. That’s why we continue to follow this story. It could be the largest tech trend in history.

Warning Signs for Retailers: Bookseller Barnes & Noble’s (BKS) current dividend yield is 6.8%. That looks fat considering the 10-year Treasury yields of only 2.4%. But high yields are masking a bigger problem for struggling retailers like B&N…

The company’s stock has a minus-43% return over the past 10 years. Meanwhile, the S&P 500 is up over 100% over the same span. Investors love dividends because it means cash in their pockets. But the high yields paid by B&N and other struggling retailers are raising red flags. If they continue to lose out to online retail giant Amazon, their large dividends could be a casualty…

From Terry G.: I agree with your Big Short article that the Canadian real estate market is overvalued. But unlike Americans, most Canadians need a 20% down payment to buy a home. So I believe the mortgages are a little more secure. A bubble may be in the works and Canadian banks will take a hit… but not like the U.S. banks. Good article and glad to see some content on markets outside the U.S.

From Brian H.: Keep up the great work. Cryptocurrencies are one of the best investments/speculations I have ever received.

Last week, our colleagues over at Stansberry Research received an update from their confidential source in Washington—the powerful insider they call the “Metropolitan Man.” And it was a doozy…

For 30 minutes… he described the scenario he thinks is going to unfold this year that could change the balance of power in this country for the next 50 years.

They can’t tell us more right now… but the Metropolitan Man is going to be laying out all the details—and a lot more—in a special event tomorrow night.

To listen in online, you must reserve a seat in advance by clicking here… 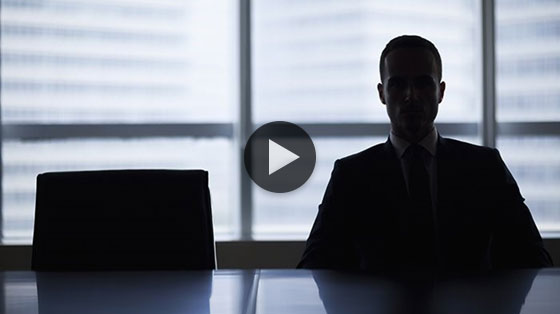