All I wanted to do was put $20 on the Los Angeles Rams to win the Super Bowl.

Not because I thought they would win—but because I couldn’t bring myself to cheer for the New England Patriots to win again.

It didn’t matter, though…

The Patriots went on to beat the Rams in a 13-3 snoozefest, making Super Bowl 53 one of the most boring ever. And the worst part? Tom Brady became the first player in NFL history to win six Super Bowl titles. At this rate, he’ll probably win six more.

But I’m not writing to you today to lament over New England celebrating another title or losing my $20 bet. In fact, the bet was well worth the 30-minute wait, despite the hated Patriots winning again.

You see, I was in Las Vegas on Super Bowl Sunday researching another money-making opportunity: a trend that can unleash a multibillion-dollar industry…

Las Vegas is home to the world’s largest sportsbook, Westgate SuperBook. (The SuperBook is part of Westgate Resorts, a privately held timeshare company with 27 locations across the U.S.)

On Super Bowl Sunday, the place was packed. The line to place a bet on the game was well over 100 people deep… 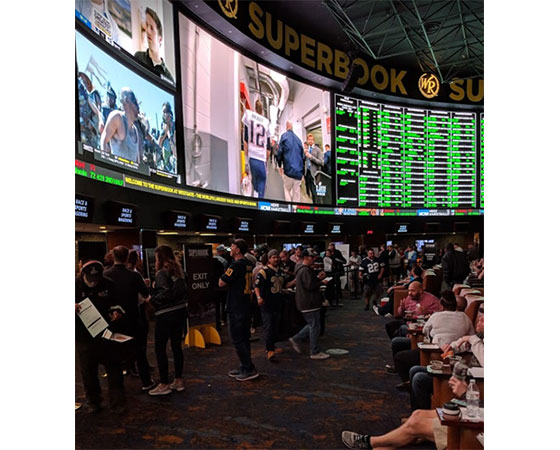 The queue extended off to the right of the picture. And if you wanted the convenience of sitting in one of those comfy leather chairs instead of standing in line, you had to pay $200.

I knew it would be packed at Westgate on Super Bowl Sunday—and so did management. It had a 1,600-seat theater ready for the overflow crowd: 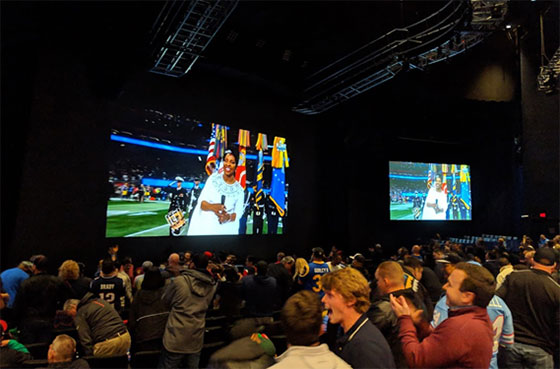 Above is the view from the theater. The excited young man at the bottom won big on a side bet over the length of the national anthem. (The opening betting line was 1 minute, 50 seconds. Singer Gladys Knight finished at 1 minute, 49.5 seconds.)

But I wasn’t about to wait for 100 people in front of me to place their bets. With the game starting soon, I probably wouldn’t have had time to make my own wager.

So I looked for a shortcut and used the SuperBook mobile app. And that turned out to be a disaster, too. It took me nearly 30 minutes—and a lot of running around—to place a bet on the app.

Fortunately, I was finally able to become one of the 22.7 million Americans (nearly one out of every 10 U.S. adults) who wagered an estimated $6 billion on Super Bowl 53.

But even though I lost my bet, I learned a lesson: Sports betting is a big business. And it only promises to get bigger. Here’s why…

In May 2018, the U.S. Supreme Court lifted the federal ban on sports betting. That gave each state the right to license legal sports betting within its borders.

New Jersey and Delaware wasted no time. Just a month after the ruling, both states legalized sports betting.

Eight other states have either fully legalized sports betting or have recently passed laws to legalize it. And another 28 have introduced bills for legalization.

The reason for this is twofold. Naturally, people want to bet on their favorite teams… But more importantly, states want to tax those bets.

Research from the University of Nevada, Las Vegas suggests that the illegal sports betting industry is turning over $150 billion a year. With legalization, we can expect that number to grow.

And states want a piece of the action…

According to the website, Sports Handle, New Jersey sportsbooks raked in $1.24 billion in wagers over the final six months of 2018 alone. Of that, $10.3 million went into the state treasury.

As more states legalize sports betting, the 55.7 million Americans who bet on sports will dump their illegal bookies for legal sportsbooks.

After all, why take the chance of having a bookie break your legs (or worse) for being late on a payment?

Remember the struggle I had trying to place my bet?

I either had to wait in line behind 100 other people or go through the hassle of signing up for a user-unfriendly mobile app… Both options took at least a half-hour.

It wasn’t a great experience. But it means the sports betting industry is ripe for disruption.

If you want to make the most out of this trend, I’d look for two things:

Sports betting is a major trend that investors will be able to ride for profits. And we’ll keep you updated on the developments.

P.S. Did you wager on the Rams or the Patriots to win the Super Bowl? Or maybe you made one of the hundreds of prop bets. Tell us how much you won (or lost) right here…

Readers respond to my essay, “Why I Didn’t Watch Trump’s SOTU Address”…

From Jerry W.: Trump merely mentioning infrastructure is no reason to get excited. If the president does anything, investors may gain from the companies that are tied to Trump. But with the investigations and possible impeachment, it’s going to be a while before this government does anything about infrastructure.

From Robert B.: Hi, Nick. Thank you for your insights and perspectives. I look forward to reading your work every day.

From Dan J.: Hi, Big T with the goatee and Nick… Yes, I’ve experienced what you’re describing about initial public offerings (IPOs). And that was before I heard Teeka’s motto of “Let the Game Come to You.” Very good advice.

From Feruz H.: Thanks for writing about IPOs. Could you please tell us where we can buy them?

Nick’s Reply: Thanks for the question, Feruz. You can call your brokerage firm and see if it has an IPO team. If you’re lucky, it’ll have an allocation. But as I wrote, it’s rare for an individual investor to get into a popular IPO.

Plus, one reader has a question about buying bitcoin…

From Rono L.: Dear Nick, I bought 400 shares (about 1.5% of my portfolio size) of the Grayscale Bitcoin Trust (GBTC) a few months before you wrote about it. You suggested selling GBTC and buying bitcoin directly from a crypto exchange. But it just creates too much hassle for me.

Can I wait until Fidelity launches its new crypto exchange and buy bitcoin on it?

Nick’s Reply: We can’t give individualized financial advice. But I believe there’s a good chance that the 20% premium GBTC currently trades at will disappear when exchanges like Fidelity’s and Bakkt start trading bitcoin. If that happens, GBTC holders could make 20% less than people who hold bitcoin directly.

From John F.: When someone attempts to produce something of value and succeeds, that person’s morale goes up. And generally speaking, that success usually encourages that person to produce more.

But when someone attempts to produce something of value and fails, that person’s morale goes down. However, given that person’s original interest in production, the person is usually motivated to try again—which, more often than not, leads to success.

This simple technique is one of the most profitable secrets of the world’s most successful investors. You don’t have to be rich to use it… and you can even do so right from your home computer.

It can help you repeatedly collect instant cash from the market upfront—whether stocks move up, down, or sideways. It’s perfect for people who are in a hurry to make extra money, so don’t miss out on this chance to make serious money. Get the full details right here… 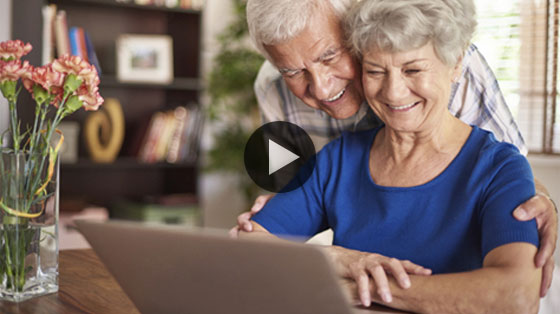