Nick’s Note: Regular readers know we’ve had artificial intelligence (AI) on our watchlist of money-making opportunities. From President Trump’s virtual “wall” around Silicon Valley to McDonald’s version of Amazon’s Alexa, we’ve kept you in the loop.

And today, we’re turning to PBRG friend and Silicon Valley insider Jeff Brown. With over 30 years of experience as a high-tech executive, he has insights that no one else does—and that few have access to.

Like us, Jeff realizes the profit potential of AI. Plus, he reveals why the world’s two biggest superpowers are ready to wage a policy war for the future of AI…

It successfully launched Sputnik I into Earth’s orbit—the first-ever artificial satellite to make the trip.

Not only was the Soviet Union first to launch a satellite, it managed to put the first human into space in 1961 with Yuri Gagarin’s historic spaceflight. Thus began the battle for technological superiority between the United States and the Soviet Union: the “Space Race.”

It was a tremendous time in human history.

The world witnessed things that were long thought to be out of reach. By 1969, the race culminated with the U.S. landing the first humans on the moon with the Apollo 11 mission.

And the U.S. reaped the rewards… Beyond spaceflight, the Space Race brought about a wealth of new technology that we now use every day.

It was the birth of the satellite industry and global communications technologies like GPS—which shows your location anywhere on the planet, accurate up to four meters. This technology is used in every modern smartphone, car, and truck on the planet.

But that was really just the beginning. The advancements in aerospace and semiconductor technology as a result of the Space Race are too long to list.

Even simple things that we use daily—like water purifiers, smoke detectors, modern tires, and cordless devices—all resulted from the investments made during the Space Race.

But since the dissolution of the Soviet Union, the world really hasn’t had the kind of “call to arms” that we saw during the Space Race.

The Next “Space Race”

This next “Space Race” won’t be for dominance in aerospace technology. Instead, we’re witnessing the birth of an all-out race between the world’s two great superpowers to be the dominant player in another breakthrough technology: artificial intelligence (AI).

AI may seem far off in the future, but make no mistake: It’s already a pervasive aspect of everyday life.

Anyone who’s used a search engine like Google… spoken to an Amazon Echo… called into a call center… or driven a Tesla has used AI, likely without even knowing it.

AI is being used for self-driving cars, image recognition, speech recognition, facial recognition, high-frequency trading (used by hedge funds), networks optimization, cybersecurity, and on and on.

And not long ago, the world witnessed something extraordinary—something that marked a watershed moment in the development of AI.

Google-owned DeepMind received global attention in May 2017 after its AlphaGo AI—designed to play the Chinese board game Go—easily defeated the world champion at the time, Ke Jie.

Go had long been a challenge for AI researchers due to its complexity. There are more possible positions in Go than the number of atoms in the universe. There simply isn’t enough computing power on the planet to calculate every possible outcome. So AlphaGo really had to “think” and recognize winning patterns.

And AlphaGo’s win was seen as a turning point in AI technology—an event that, for some, came a decade earlier than expected. Some experts didn’t think it was possible at all.

What’s more, the defeat of one of China’s prized champions struck a deep chord with the country. So much so that, just two months later, the Chinese government rolled out a national policy for AI development—its New Generation Artificial Intelligence Development Plan.

The goal of the plan is nothing short of global dominance: to become the global leader in AI by 2030.

So events like AlphaGo’s victory are significant. They may be easy to dismiss or overlook, but they represent key inflection points in technological development.

What isn’t easy to dismiss or overlook is the world’s two biggest superpowers waging a policy war for the future of AI.

But some of us may be wondering, “Why is being the leader in AI so important?”

In short, it’s because AI is the most disruptive technology of our age—by far. It will remake our society in ways we can’t yet predict.

During the Industrial Revolution, steam power and mechanization automated many of our repetitive, physical tasks. That led to a dramatic shift in the workplace. Machines took over many of the grueling jobs humans weren’t well-suited for.

But rather than the doom and gloom of mass unemployment that many expected, the opposite happened… There was an explosion of productivity and economic growth that ultimately created far more jobs and opportunities than were lost.

Just as innovations during the Industrial Revolution automated menial physical tasks, AI will automate many of our simple mental tasks.

This will cause another big shift in the workplace. It will lead to another leap in productivity, an improved quality of life, and create entirely new jobs that don’t exist today.

That’s how powerful AI is. And it’s precisely why countries like the United States and China are determined to be the leader in this revolutionary technology.

P.S. I have one more thing to put on your radar… It’s an unstoppable technological trend that’ll send a handful of stocks soaring. And I’ve revealed all the details on it in a video that I recently put together.

Fair warning, though: I’ve been called brash—and even arrogant—for my views in the past. So my presentation could be a little too “in your face”… But if you don’t want to miss out on what I believe will be the greatest money-making opportunity of 2019, you can check it out right here.

This former hedge fund manager has learned a lot of things during his 20-year career on Wall Street. Plus, he not only bought Apple at $1.50 per share, he also called the dot-com crash… the housing crisis… and more.

And on April 17 at 8 p.m. ET, he’ll be going on-camera to reveal the secret to his investing success—and announce the biggest prediction of his career. Now, you can discover how he finds ideas that could double or triple your money. Just click here for more details on how to tune in for free. 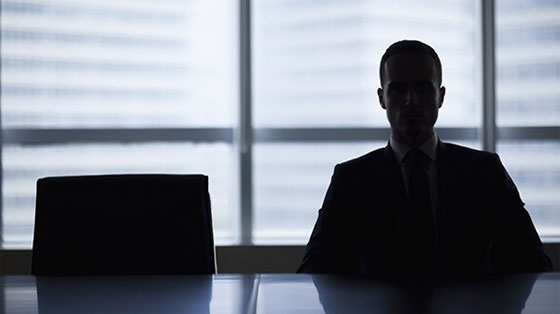