But few people know this…

In 2012, Cantor Fitzgerald helped create Tradeworx. The name might not ring a bell… But if you read about high-speed trading in the non-fiction bestseller Flash Boys, The Wall Street Journal, or The New York Times—or watched the 60 Minutes special on it—then you actually know about Tradeworx.

It was the fastest high-speed trading system on Wall Street—identifying winning trades 30 milliseconds in advance.

After 12 years at Cantor Fitzgerald, Jason struck out and created a system on his own. I caught up with him… asked him how his system works… and even got him to share a few details of his lifestyle as a young Manhattan trader…

Nick: Thanks for joining me today, Jason. I want to talk about your trading system. But before we get to that…

You worked at Cantor Fitzgerald, which helped create Wall Street’s fastest high-speed trading system. And a few years back, 60 Minutes got a rare look into this secretive world of high-speed trading. The report said it uses supercomputers to make thousands of stock trades in less than a second.

Not many people know about these types of systems. But you were an insider at that time. How important are they?

Jason: On Wall Street, speed is king. So Tradeworx is one of the many reasons we were at the top of Wall Street.

And today, Cantor is still a powerhouse. It oversees trillions of dollars in trades every year for some of the world’s heaviest hitters.

The system it helped create is powered by military-grade radio towers and transmits data over fiber optic cables. As you can imagine, being the fastest draws a huge amount of attention—just like with the 60 Minutes piece you mentioned.

But to be clear, I was not a high-speed trader. I was a partner at Cantor, which owned many businesses, including Tradeworx.

I was one of the few people on Wall Street with the authority to make trades worth $500 million… or even $1 billion. There were times when my team would move $500 million in a single minute. The firm could move tens of billions of dollars per day.

So when hedge funds or institutions needed to make their next big trade in complete secrecy, they’d come to people like me.

But here’s what most people don’t understand…

High-speed trading is simply a means to an end. It’s a way to get your hands on market intel first. You know the saying, “Knowledge is power”…

Well, when it comes to the markets, what I want to know is where the smartest people with the most amount of money are getting involved.

These are the heaviest hitters. And when they put money into stocks, they can change their price directions altogether and lift them to new highs.

So my system simply needs to recognize when these heavy hitters are getting involved.

Nick: You became a partner at Cantor at age 28. That’s an incredible feat. Now, I know you’re a humble guy, Jason. But can you tell us what your life was like as a Wall Street executive?

Jason: I had a great life…

It sounds crazy saying it now, but I would be in Switzerland one weekend, skiing the Alps with my well-to-do clients… and then in Morocco the next, quad-biking the deserts outside Marrakesh. Then, I’d be back at Madison Square Garden with front-row seats to see Jay-Z.

I lived on the Upper East Side—coincidentally, on the same floor as Michael Gambon, who played Albus Dumbledore in the later Harry Potter movies.

And celebrities, dignitaries, and even royalty visited Cantor’s trading floors: Prince Charles, Bill Clinton, Bill Cowher… I even got to hang out with supermodels like Kate Upton and Petra Nemcova.

Like I said, it sounds nuts now, but it really was great. And I had serious loyalty to my firm. But I was not in control of my own financial destiny. That’s something no amount of money can buy.

Plus, working on Wall Street consumed my life. I easily worked 11-hour days—and that’s before having to entertain my clients.

I lived in Manhattan to make it easier to quickly swing by home to see my family before going out again. But I wanted more time with my wife, my kids, and my dog.

So that’s why I left Wall Street for Florida. It’s more relaxed, and I can see my family whenever I want. I can have lunch with my wife… take the kids to school… and even run the dogs on the beach.

That’s what I wanted: to live life on my own terms—and help others do the same with my system.

Nick: Can you tell us how it works?

Jason: The genesis of my system dates back to my days at Cantor. But it’s completely different from high-speed trading. It looks for the fastest-growing stocks a full month—or even more—before everyone else.

Once I built it and ran it for a few years, I recruited a team of Ivy League engineers—the brightest from schools like Cornell—to test and verify the results. They wrote papers on how well it can beat the market.

Now, my system scans nearly 5,500 U.S. stocks every day, looking for the best of the best companies that big institutions are buying up. And I use 80 complex algorithms to score and rank each one of them for strength across 29 factors.

It would take all day to explain what’s “under the hood” of the scoring. But to make it simple: The higher the score, the more likely the stock will break out.

And when we get unusual buy signals on the strongest stocks, they appear on my top 20 buy list.

Nick: Are there any recent examples?

Jason: Sure. On January 24, an obscure semiconductor company became the No. 1 stock on the Nasdaq: Xilinx outperformed Amazon, Facebook, and even Google…

My system alerted me about it all the way back in December 2018. And its stock is up over 50% since I recommend it to my subscribers.

Another example is The Trade Desk. My system flagged it in July 2018. In less than nine months, it’s up nearly 126%.

These are the types of stocks my system was specifically designed to find.

Nick: And is there any particular sector your system is flagging right now?

Jason: As you may recall, Nick, I told you that we had strong institutional buying in the semiconductor sector back in February.

And the iShares PHLX Semiconductor ETF [SOXX] has shot up nearly 30% in the first quarter this year—its best start ever.

Plus, we’re still seeing heavy accumulation in the sector—which means more gains ahead for investors in these types of companies.

Nick’s Note: As Jason noted, it’s great to live the Wall Street high life… But having control over your own financial destiny is priceless—which is why he designed his system to give everyday investors the chance to build their wealth and live their lives the way they want to…

And now, you can learn how to use Jason’s system for yourself on Wednesday, April 24—when he reveals how his breakthrough system identifies America’s fastest-growing stocks up to 30 days before they soar…

As a bonus, Jason will be giving away a special three-part masterclass for free when you register now.

From Bruce M.: There’s one more way to eliminate emotional decisions. When setting up a purchase, one should set a bottom line that’ll trigger a sell response. It can be set at, let’s say, a 10% loss of value. And as the stock climbs, that bottom line moves with it. Once that bottom line moves past the original purchase price, you’re guaranteed a profit. As for the sell point, if the stock is climbing, the margin can be decreased so that after the bottom line passes the original purchase price, the fall can be reduced to 5% or less. This way, emotional decisions are reduced.

Will you be attending Jason’s special event next Wednesday? If so, send him your questions right here…

Musk put $70 million of his own money on the line to start Tesla. His dream is to fill America’s roads with electric cars. And with 300,000 Teslas on the road today, some think he’s on his way to achieving it.

But soon, it could all come crashing down. And one tiny company could be responsible. 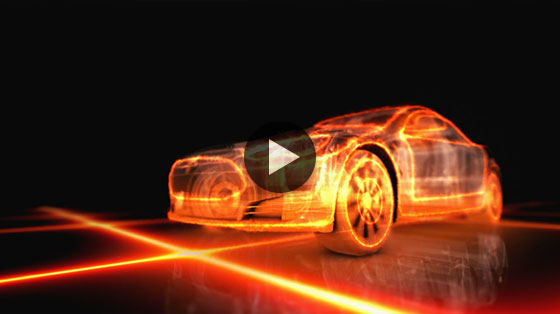