Nick’s Note: Most people think that Amazon became a world dominator by making all the right decisions. But CEO Jeff Bezos has made as many bad investments as good ones. The few he got right were home runs, though…

Jeff Bezos is famous for taking Amazon and turning it into a $1 trillion company.

With a $300,000 loan from his parents, he started the company out of a garage in Seattle.

At first, the company focused on selling books, music, and video products.

Later, it diversified into, well, just about everything.

By 1997 (its first year as a public company), Amazon had generated $148 million in annual sales. Today, that number is well north of $200 billion.

That’s made Bezos the richest man in the world. He now has a net worth of around $167 billion.

Now, you may think that Bezos and Amazon focused only on Amazon.com.

But what many people don’t know is that in its early days, Amazon made a series of e-commerce investments. This was part of its strategy to diversify its offerings.

Today, I’ll go over some of those investments. And I’ll show you how you can use Bezos’ strategy to manage your cryptocurrency portfolio.

Perhaps the most famous is Pets.com. Yes, Amazon was an investor. It took a 50% stake in 1999 for an undisclosed amount. It then poured in another $50 million a few months later.

Then, there was Living.com. The award-winning online furniture store went live in 1999. In 2000, Amazon took an 18% stake in the company.

But the company didn’t last long. It simply ran out of funds. And in 2001, it closed its doors. Another dud investment for Amazon.

Yet another miss was Amazon’s $60 million investment in Kozmo.com. Kozmo offered a one-hour delivery service of items like videos, games, books, and food. Amazon invested in 2000. But by 2001, Kozmo had completely shut down.

Not all investments were complete losers, though. One example is Ashford.com, an online luxury retailer specializing in watches. Amazon invested $10 million in 1999 for a 16.6% stake in the retailer.

In 2002, GSI Commerce bought out Ashford.com for $14 million. Assuming its ownership didn’t change, Amazon was able to recoup about $2.3 million. That’s only a 77% loss.

Another example is HomeGrocer.com, a grocery delivery company. Amazon invested $42.5 million for a 35% stake in 1999.

In all honesty, this could have been another losing investment. But in 2000, Webvan paid $1.2 billion for HomeGrocer.com. Assuming its ownership didn’t change, Amazon made $377.4 million for a cool 888% return… dwarfing the losses it took on its other investments.

And there were even bigger winners, too.

The most notable was Audible. It produces spoken audio entertainment, information, and educational programming. In other words, audiobooks.

Amazon took a 5% stake in the company for an undisclosed amount in early 2000. The relationship proved good over time. And in 2008, Amazon bought out Audible for $300 million.

Today, Audible remains a key component of Amazon and its Prime membership. There’s no sure way to know how much Amazon has made on this investment. But it’s one that will keep paying off for years to come.

Bezos taught us an important lesson with these investments.

That’s why we diversify, take reasonable position sizes, and remind you over and over to do the same.

And that’s what Bezos and Amazon did. They made a series of strategic investments and never bet everything on one idea.

As a sharp analyst said at the time, “Even if all of Amazon’s investments eventually fail, the company has not lost a whole lot.”

And the numbers bear out this thesis…

In this case, you’d lose eight out of 10 times. Although having 80% of your investments lose looks terrible, you would have done well in this scenario.

As you can see, even though you had more losers, the winners more than made up for them.

You Don’t Need to Bet Big to Win Big

This is exactly what we do at Palm Beach Confidential.

Our strategy has always been to take small, uniform position sizes.

Like the internet in the 1990s, we know cryptocurrencies and their underlying blockchain technology are revolutionary.

But it’s impossible to know who exactly the big winners will be.
That’s why it makes sense to take a page out of Bezos’ playbook: Diversify and take small position sizes.

And don’t bet more than you can afford to lose… $200–400 is enough for a small investor to make life-changing gains.

P.S. We know that the crypto space is still new and confusing to many investors. That’s why world-renowned cryptocurrency expert Teeka Tiwari has created our first-ever Crypto Master Course.

Click right here to learn how to register for the course…

One of our readers has concerns about the 5G wireless infrastructure buildout, which will launch a new $500 billion industry…

From Stuart O.: Nick, I notice you have jumped on the 5G promotional wagon. The 5G buildout will be a boon for the corporations, not ordinary people.

I also want to give you fair warning: 5G technology will emit more radiation and make your body sicker… while also making the surveillance state much more complete. Be careful what you wish for.

Nick’s Reply: At the Daily, we don’t make moral judgments about a new technology or money-making opportunity. Our job is to find profitable ideas and pass them on to readers. What you do from there is up to you.

The 5G buildout is going to make a lot of money for some companies. And this past Wednesday, as we predicted, the Federal Communications Commission voted to expedite the process for companies to gain clearance from municipal governments and deploy their 5G infrastructure.

On November 14, this Silicon Valley insider believes a new $12.3 trillion tech breakthrough will send over 100 tiny tech stocks up 100%-plus. 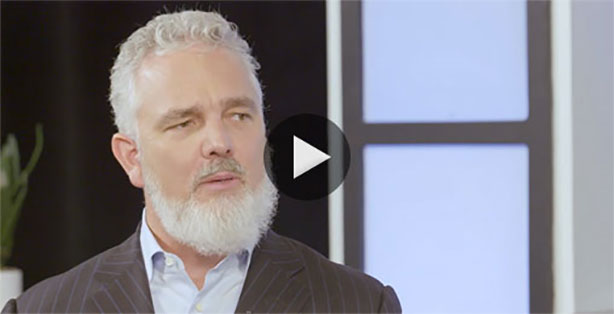