This may sound crazy…

But I believe Russia and China are planning to dethrone the U.S. dollar as the world’s reserve currency.

I know it sounds like an outrageous prediction—but that’s why you turn to us. We look for under-the-radar trends. And this one could be a money-maker if you play your cards right.

Last year, Russia dumped nearly all of its U.S. Treasury holdings—over $80 billion worth. According to the World Gold Council, the Russian Central Bank replaced those holdings with gold.

China has also reduced its Treasury holdings from a peak of over $1.2 trillion in 2017 to about $1.1 trillion today—an 8% reduction. While that may not sound like much, it’s even more than the amount unloaded by Russia…

And the reason they’re getting rid of U.S. Treasuries is simple: Neither country wants to hold dollar-denominated investments when they make their play to displace the dollar as the world’s reserve currency.

Russia and China are not our allies. Given the chance, they’ll take the U.S. down a peg or two. And dethroning the dollar will help them do that.

You see, most international trade is done in dollars. That means Washington can exclude virtually any country running afoul of the U.S. from the dollar-based financial system with the flip of a switch.

For example, the U.S. government has placed financial sanctions on companies in Russia, Iran, and Venezuela by freezing them out of the international payments system. Since all three are major oil exporters—and oil is priced in dollars—they can’t sell their most profitable resource on the open market.

So the U.S. has weaponized the dollar, giving America a huge strategic advantage over its rivals. That’s why China, Russia, and even some U.S. allies want an alternative.

Today, I’ll show you what that alternative is… and introduce you to the man who I think can help you profit from it.

New Threat to the Dollar

Although the dollar has been king of world finance for nearly a century, technology is challenging its status. And I think China and Russia will use this technology to replace the greenback.

Yes, I’m talking about the blockchain—the technology behind cryptocurrencies…

Regular readers know we’re big fans of blockchain tech. Its decentralized nature means it’s not controlled by any single government. And the blockchain allows you to make transactions efficiently and quickly without the need for a middleman.

It’s the perfect solution to bypass the dollar-based financial system. (If you want a breakdown of how blockchain tech will change the global financial system, see my colleague and Palm Beach Confidential analyst Greg Wilson’s write-up here.)

And countries are already moving in that direction…

As you can see, this is no pie-in-the-sky prediction. Now, a crypto-backed system won’t replace the dollar overnight. But America’s rivals are laying the groundwork.

And this trend won’t just be a major tailwind for the burgeoning crypto space… It will also provide a boost for one of the world’s oldest and most reliable assets: gold.

Russian officials believe a cryptocurrency redeemable in gold could dethrone the dollar. (After all, who would invest in a crypto backed only by the full faith of the Russian or Chinese governments?)

And to get the scoop on this trend, I reached out to my colleague Nick Giambruno.

Nick writes about value investing in crisis markets, the global cannabis market, international banking, and second passports, among other topics. He’s our trusted source when it comes to geopolitics.

So I asked him how a gold-backed crypto would work. His response:

A gold-backed crypto would create a revolution in finance by combining the best qualities of both assets.

You see, owning large amounts of physical gold presents challenges. It’s hard to store securely, move long distances, and break down into smaller amounts. On the other hand, crypto prices are wildly volatile. So that’s a problem.

A gold-backed crypto can address these drawbacks. Gold would stabilize the price of the crypto, while the crypto would make it easier to transact in gold.

For instance, Russia could send crypto payments to Iran in exchange for oil. Iran could take that crypto and convert it into gold—bypassing the entire dollar-based system.

I believe Nick is right about gold-backed cryptos. They have the potential to unleash the next monetary revolution. That’s why Russia, China, and other countries will eventually adopt them and stockpile gold to back them.

Bitcoin is the reserve currency of the crypto space, so you’ll need it to buy gold-backed cryptos. But remember, since bitcoin is highly speculative… don’t bet the farm on it.

And countries that adopt a blockchain-based payments system will need lots of gold to back their cryptos—which will be good for the price of gold. Plus, you’ll want to hold some gold if the value of the dollar plummets when countries stop stockpiling greenbacks.

P.S. As I mentioned above, Nick Giambruno is the protégé of legendary speculator and longtime PBRG friend Doug Casey. And next week, Doug is making five big predictions even more controversial than the demise of the dollar.

Doug’s made multimillion-dollar fortunes as a globetrotting speculator. He’s written three best-selling books and traveled to 155 countries. He even shocked millions of Americans on national TV when he appeared on Phil Donahue’s show in 1980.

But on Wednesday, March 27 at 8 p.m. ET, Doug will go on record with his five controversial and “politically incorrect” predictions. These forecasts are too outrageous to reveal here… But you can get a preview of the big event by watching this exclusive 50-second video.

From Mark B.: Thanks for the informative write-up, Nick. Trump’s virtual “wall” is critical to our artificial intelligence (AI) technology. Steps do need to be taken to secure tech companies that hire foreign nationals or have affiliates in China that manufacture products like computer chips. Unless the designs for this technology are returned to the U.S., there’s no security adequate enough to protect our AI tech.

But the physical barrier is also important. Remember, the 9/11 terrorist attackers entered the United States through Canada. So are we going to put a physical wall across our northern border, too?

From Eusebio M.: There’s no question that China is pursuing world dominance in both military and economic realms. The U.S. must keep its lead in AI.

From Mel C.: Both walls are equally important—a physical wall along the southern border and a virtual wall around Silicon Valley.

From Dorothy R.: I’m glad to hear Walmart’s online grocery delivery service is doing well. I shop online regularly with Walmart. As a senior citizen, it’s a big plus in my life.

I would love to buy some Walmart stock in the future. But unfortunately, I have no experience in that area. Anyway, love the convenience and service.

Do you think the U.S. needs a virtual “wall” to protect its lead in AI technology? Will gold-backed crypto spell the demise of the U.S. dollar? Let us know what you think right here…

“Who is Doug Casey and why’s he saying these terrible things?”
—The Washington Post 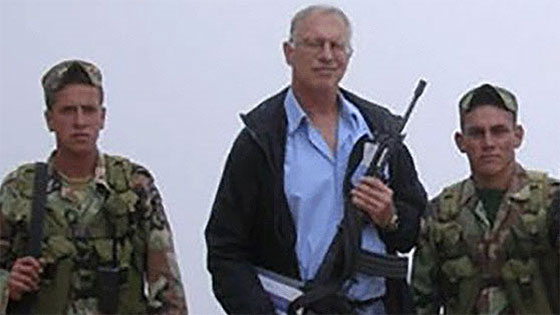