The big-box retailer crushed its revenue and profit expectations. And its same-store sales, a very important measure of a retailer’s health, rose 4.2%.

But perhaps more importantly, Walmart grew its online sales 43% over last year. As I’ve written about before, online sales have been a thorn in Walmart’s side. That had some wondering whether Walmart could compete with online retailing giant Amazon.

But these recent numbers prove that not only can Walmart compete with Amazon, it can also thrive.

In fact, Walmart has a decisive advantage over Amazon: groceries. With 5,355 physical U.S. locations, Walmart can deliver fresh produce to more customers—and quicker—than almost anyone else.

And groceries were responsible for the bulk of Walmart’s online sales growth.

As an analyst, I’m naturally skeptical of hype; it keeps me from buying into unprofitable “story” stocks.

But I wanted to see if Walmart’s grocery delivery service would be good for customers and investors. So in the name of research, I placed an order.

Here’s what I found…

Delivering On Time and In Shape

Last week, I went shopping at a Walmart in San Diego; it was a madhouse—as if Black Friday shopping came early this year. I wasn’t looking forward to going back, so I decided to give Walmart’s online delivery service a try.

At first, I didn’t like the idea of ordering groceries from Walmart… I feared my produce would arrive stale or bruised and frozen goods would be thawed.

I ran the delivery service through the ringer… I ordered some of the most fragile items I could think of: a loaf of bread, a carton of eggs, grapes, lettuce, apples, a small container of yogurt, frozen pizza, and frozen hash browns.

And to make the delivery even more challenging, I scheduled the order during the rush-hour peak in downtown San Diego.

The delivery guy was on time—a good start.

I met him in the lobby of the building where I’m staying… In the picture below, he’s checking my ID to make sure I’m old enough to legally purchase a bottle of wine. 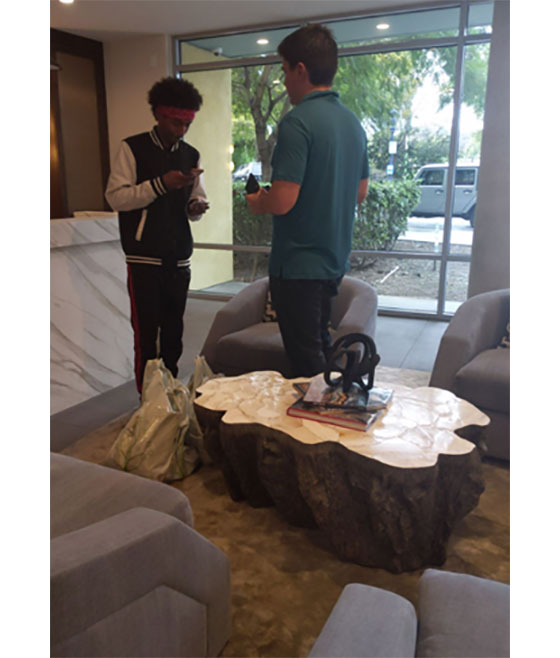 He handed me the bags, and I went up to my apartment. Here’s a picture of my loot: 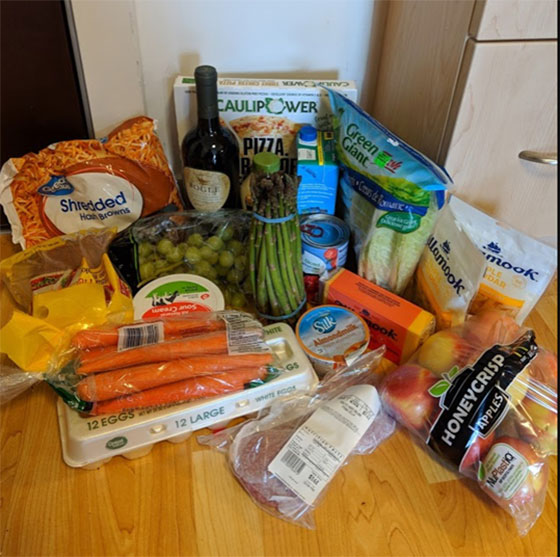 As you can see, the produce is in great shape… The grapes, lettuce, and asparagus were flawless. The loaf of bread wasn’t smashed. The carton of eggs was intact. And the frozen foods arrived still frozen.

I was impressed. Walmart picked the groceries out as well as I would’ve. I’ll definitely use the service again to avoid the crowds at San Diego’s Walmarts.

A New Kind of Shopper

Regular readers know we’ve been way ahead of this trend. Here’s what I wrote about Walmart in October 2017:

According to Walmart, 90% of Americans live within 10 miles of one of its stores. This gives Walmart a competitive advantage in the same-day order space.

And in December 2017, I told you Walmart was focusing on a new type of customer called the “omni-shopper.” These customers shop in-store and online simultaneously to look for lower prices. It’s becoming the dominant form of shopping in the retail sector.

Here’s what I wrote then:

We’re at the beginning of a massive change in how people shop. Look for Walmart’s stock to keep rising as it entrenches itself as the leader in this space.

Omni-shopping will help customers save money. And once they start omni-shopping, they won’t look back. That’s good news for Walmart, which will be a leader in this space.

As you can see in the chart below, Walmart’s online sales growth is soaring… 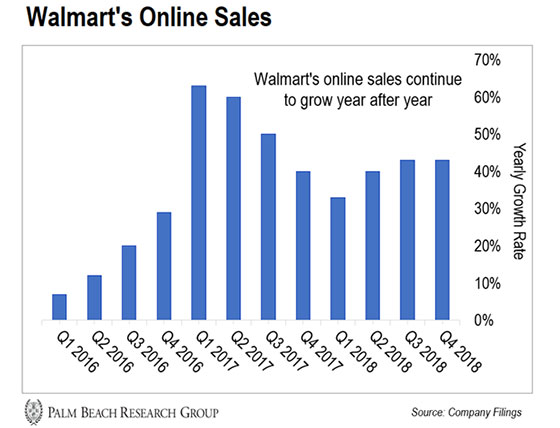 This is the kind of organic growth that every company is striving for. And it shows Walmart has officially become a major player in the online retail space.

After an initial pop to over $103 per share on its earnings announcement last week, shares have pulled back to around $99—giving investors a chance to get in at a slightly lower price.

On top of that, Walmart pays a nice 2.1% dividend. And it has a long history of raising that dividend every year.

So if you’re looking for a safe way to gain exposure to the online shopping trend, consider adding Walmart to your portfolio.

P.S. Have you tried Walmart’s online grocery delivery service? Tell us your experience—and whether you’ve bought (or plan to buy) Walmart shares—right here…

Plus, Doug showed how he’s used these little-known securities to make millions—and where he’s looking right now. If you missed it, you can go right here to watch it now… 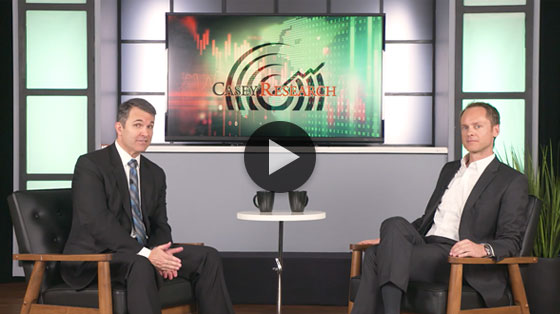