Just when you thought you’d heard the last of the trade war between the U.S. and China, President Trump lit a match under the powder keg.

He set the Twitterverse aflame with these tweets on Sunday morning:

The tweets caused all types of uncertainty in the markets, leading to a massive sell-off.

The VIX—the market’s “fear gauge”—shot up 70% in just two days. And the S&P 500 dropped 2% as the trade war anxiety spilled into Tuesday.

But as William Mikula, chief analyst of Teeka Tiwari’s Alpha Edge, told us yesterday: When the herd panics, you should be sharpening your knives.

And that’s exactly what we’re doing.

In today’s essay, I’ll tell you what PBRG’s Wall Street insider has to say about the sell-off—and which sectors you should consider buying during this pullback…

What the Insider Is Seeing

No one knows more about what the big-money players on Wall Street are doing than our very own insider, Jason Bodner. After all, he was one of them…

At age 28, he made partner at Cantor Fitzgerald. And by 30, he routinely traded $1 billion per minute. Large chunks of Wall Street money flowed through his trading desk—so he knows how to follow it.

Now, regular readers know Jason’s proprietary system scans nearly 5,500 stocks every day—looking for the best of the best that institutions are likely buying. But it can do more than just flag blockbuster stocks…

His system can also track big market trends. For example, it predicted the sell-off in February 2018 and the rally we saw at the start of this year. (And it even projected the epic political upset in the 2016 presidential election, too.)

So Jason has his finger on the pulse of Wall Street better than anyone I know. And here’s his take on what the trade war means for investors:

Trump is an old-school negotiator using hard-nosed tactics. But no matter what he says about China, we still need to trade with them if we want to “make America great again.”

The U.S. is a consumption nation. We produce and export little… but import and consume a lot. That’s not going to change. So even if we stop trading with China, we’d be importing cheap goods from other Asian or African countries within a year or two.

Now, we might see some short-term pressure on the market. But in the long run, the smart money knows the trade war won’t be an issue.

So if the smart money isn’t worried about the trade war, where’s it headed next?

The Smart Money Is Buying These Two Sectors

But as the old saying goes, actions speak louder than words. And Jason says the big money is still buying growth stocks:

What we’re hearing is a bunch of noise. If a pullback was imminent, we’d see a ton of unusual institutional activity piling into defensive sectors—like utilities, consumer staples, and healthcare. But they’ve actually been lagging.

If big-money investors are confident in a market half-controlled by China, it’s a clear sign they’re not worried. And I’m seeing more buying than selling across the board. So I’m not worried about this pullback, either.

The buying in these growth sectors means institutional investors are confident about the future. And these guys don’t make billions by making bad bets…

Wall Street has an adage: “Markets climb a wall of worry.”

But a little fear is good—it means not everyone is invested. And Jason believes this money that’s sitting on the sidelines will buffer any pullbacks.

So when should you worry?

Well, Jason says it’s when you begin hearing “bubble talk”—chatter about the Dow hitting 100,000 or the Nasdaq going to 25,000. That’s probably the signal of the bull run’s end.

But until then, Jason remains bullish. So don’t panic with the herd. If you’re invested, stay the course. And consider using any pullbacks to add some exposure to growth stocks like semiconductors and software stocks.

P.S. How do you keep your emotions in check while everyone else panics? Do you stick with a system or do you simply rely on willpower? Tell us how your method works right here…

This Weird Sport Is About to Become a Billion-Dollar Industry

And the industry is expected to grow at an average annual rate of 30% over the next three years. By 2022, experts predict about 645 million people will watch esports each year. That’s about 8% of today’s worldwide population.

Longtime PBRG friend Justin Spittler writes that esports is the next big opportunity area that most investors know nothing about. He lays out the case in the Casey Daily Dispatch. You can read the full article right here.

And if you want to identify trends before the crowd, you can sign up for the Dispatch with one click right here. You’ll get a new issue each evening. It’s a perfect bookend to the wealth-building ideas you get every morning in The Palm Beach Daily. 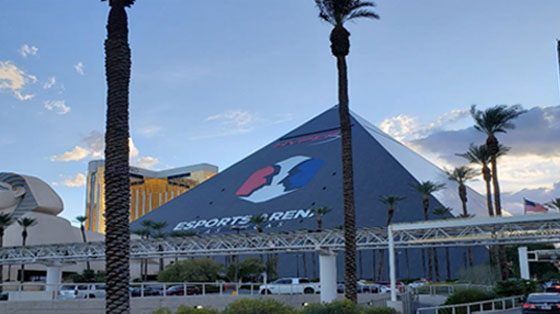