Nick’s Note: After a volatile end to last year, the broad market had its best seven-day start to open a year since 2006. But that shouldn’t come as a surprise to Daily readers. In December 2018, PBRG Wall Street insider Jason Bodner told me that last quarter’s pullback was just a pause in the current bull market and that we’d see a bounce soon.

Nick: Jason, thanks for talking to us today…

Before we get to what your proprietary system is signaling, I have to ask about your latest family trip to SeaWorld. You wrote about it in a recent Palm Beach Trader issue—and it seems like you got taken for quite a ride there.

Jason: I certainly did!

I’m a mellow, relaxed type of guy. So I thought I’d be lazily looking at dolphins and seals with my family. Little did I know, there are some crazy rollercoasters at SeaWorld. In fact, SeaWorld has one of the tallest rollercoasters in Florida.

Anyway, rollercoasters aren’t my thing at all. But my middle son, Sacha, can’t get enough of them. No one else in the family wanted to go with him on the rides, but I couldn’t let him down… So away I went!

I loved it in spite of myself… and it’s an experience I’ll never forget—looking over at him smiling while I thought I was going to die.

Speaking of the market, let’s get to some money-making opportunities… The S&P 500 is up over 4% since I last talked to you on January 4. In fact, we’re off to our best start to a year since 2006.

When almost everyone else was preaching gloom and doom, you predicted we’d see a good year for stocks—and so far, you’re spot-on. Are you still confident about that?

Jason: I am, Nick. It’s not always easy standing in the opposite direction of the crowd. But my data told me the market would rebound in a big way—and it certainly did.

The S&P 500 vaulted over 10% in just 11 trading days after its Christmas Eve low. And as I told you in December, that’s because the gloom and doom is mostly media hype.

Federal Reserve chair Jerome Powell walked back on his stance and all but demolished the likelihood of an interest rate hike in 2019. That was good news for U.S. equities. And I think fears of a global growth slowdown are overblown, too.

For instance, earlier this month, Apple CEO Tim Cook warned investors of slower iPhone sales in its upcoming earnings report due to U.S. trade tensions with China. But two days later, the market shrugged the news off and never looked back.

So I believe we’ll get a trade resolution soon—and that U.S. equities are still the best place to put your money.

Nick: Now, regular readers know you’ve developed a proprietary system that looks for stocks that big institutions are likely buying. These players have billions to spend, so their buying can send stocks rocketing. Investors just have to get in while the big money is snapping up shares and enjoy the ride higher.

However, your system also tracks larger trends. What’s it saying about the overall market?

Jason: My system looks at buying versus selling and creates a ratio between the two.

I won’t get into all the details, but a ratio above 50% means buyers are in control. And if it’s below 50%, sellers have the wheel.

In the last quarter of 2018, sellers were at the helm. So I had my team of quants go through 30 years of data to find out what happens when sellers have been in control for an extended period—40 or more trading days.

They found that when buyers regained control, the forward returns for the market were positive from one to 12 months out—and beyond—more than 81% of the time.

So the data suggests it’s smart to buy the market the day after the ratio goes back over 50%. By doing so, you’ll have a great chance of stellar returns.

Nick: How high were your returns?

Jason: The best market return came five months after the ratio triggers above 50%. On average, we made over 12%. Only once did we have a negative return.

Nick: Wow. That would annualize to almost 30% per year. Does that mean it’s time to buy?

Jason: I believe that ratio will pop above 50% soon. Right now’s the time to identify prior winners selling at deep discounts.

I’ve seen many terrific companies get punished in recent months. These babies were thrown out with the bathwater. So get your shopping list ready.

Nick: Is your system signaling in specific sectors?

Jason: Like I said, I’ve been seeing a lot of buying in growth names. These are companies firing on all cylinders and leaving the competition in the dust. In the past, these were names like Apple, Chipotle, and Domino’s Pizza.

I also think dividend-growth stocks will catch a bid. And I’m seeing buying in housing and healthcare stocks, too.

That’s what I think will happen with many growth stories that are currently out of favor.

Nick: That’s great advice, Jason. Thanks for your time.

Nick’s Note: Jason spent nearly two decades as a Wall Street trader at firms such as Cantor Fitzgerald. During his time there, he learned how to detect where millionaires are putting their money.

Using those secrets, Jason created a private, $250,000 database that can flag when big money is flowing into the market at least 24 hours to 10 days in advance. He’s used this system to find multiple triple-digit winners.

I’ve done this for years, as well as watched Craigslist for deals. It’s not a fast process—more like treasure-hunting. After a few years, you start having a pretty nice pot.

To be sure, I’ve had a few stinkers as well; but overall, it’s been very rewarding. Every coin seems to have a story, and that may be why it’s so interesting and fun.

Do you have an investing story you’d like to share with our readers? Send it to us right here…

This Silicon Valley insider says all these technologies will be here in just a few years. But they all depend on the creation of one piece of tech.

You can see his presentation right here—and learn why smart investors could make 10 times their money in the years ahead. 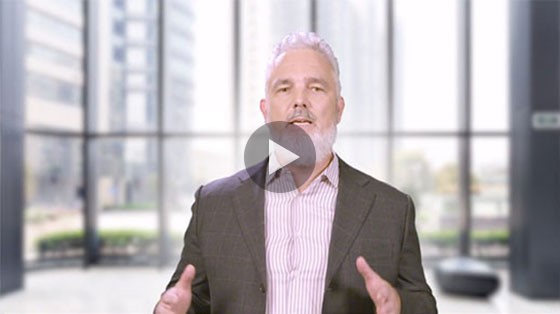